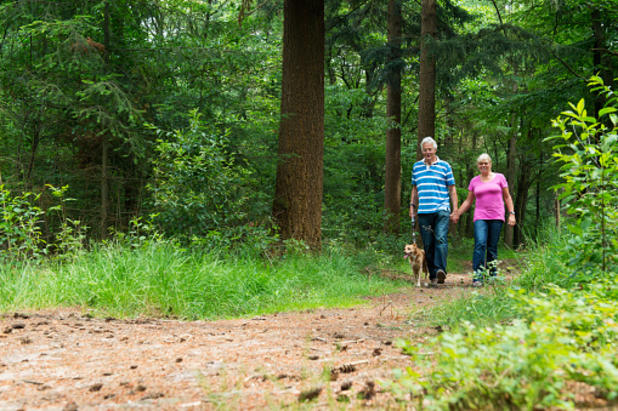 Experts are predicting a longer, more severe tick season this summer, which may trigger an outbreak of tick-borne illnesses. In particular, researchers are worried about an uptick in Lyme disease and Powassan virus, a rare condition that  can cause brain inflammation.

While Lyme disease has grown more common—there were more than 28,000 cases in 2015, according to the Centers for Disease Control and Prevention—the Powassan virus is still rare. Only 75 cases have been reported over the last 10 year in the United States, according to the U.S. Centers for Disease Control and Prevention (CDC). But this season’s conditions are ripe for an increase.

Like Lyme disease, Powassan is carried by white-footed mice (also known as wood mice) and transmitted to humans via deer tick bites. It’s also more prevalent in the Northeast and Great Lakes regions—just like Lyme disease. However, Powassan’s transmission to humans is quicker than Lyme disease and tends to be more fatal.

Many people bitten by Powassan-infected ticks do not develop obvious or immediate symptoms. Others may experience flu-like symptoms, a mild rash, fever and headache.

In some cases, the virus can affect the central nervous system and lead to encephalitis (inflammation of the brain) and meningitis (inflammation of the membranes the surround the brain and spinal cord), causing symptoms such as fever, headache, vomiting, weakness, confusion, loss of coordination, speech difficulties, seizures and loss of consciousness. These begin appearing a week to one month after being infected. Currently, there aren’t any medications are to treat Powassan or vaccines to prevent it.

How do you protect yourself from tick-borne illness like Powassan and Lyme disease? Here’s what you can do:

If you find a tick on you, the safest way to remove it is to grip it with tweezers as close to your skin as possible. Old wives’ tales of using cigarettes, household products or nail polish remover to smother the tick only irritate the insect, causing it to inject its bodily fluids into the wound, according to UpToDate.

After it’s been removed, note characteristics like size, color and shape. This can help identify which type of tick bit you and the viruses that may be associated with it. Share this information with your MDVIP-affiliated physician if symptoms begin appearing. Don’t have an MDVIP-affiliated doctor? Learn about the benefits of a private doctor and find one in your area.

Recent posts
What is Monkeypox?
How Much Should I Weigh?
Understanding the Colors of Fat: How to Convert White to Brown Fat
Walking for Exercise Eases Knee Arthritis in People Over 50
Good News for Coffee Drinkers: Coffee is Linked to Lower Risk of Death
categories
Infectious Disease
Public Health
FIND A DOCTOR NEAR YOU
Physician Locator