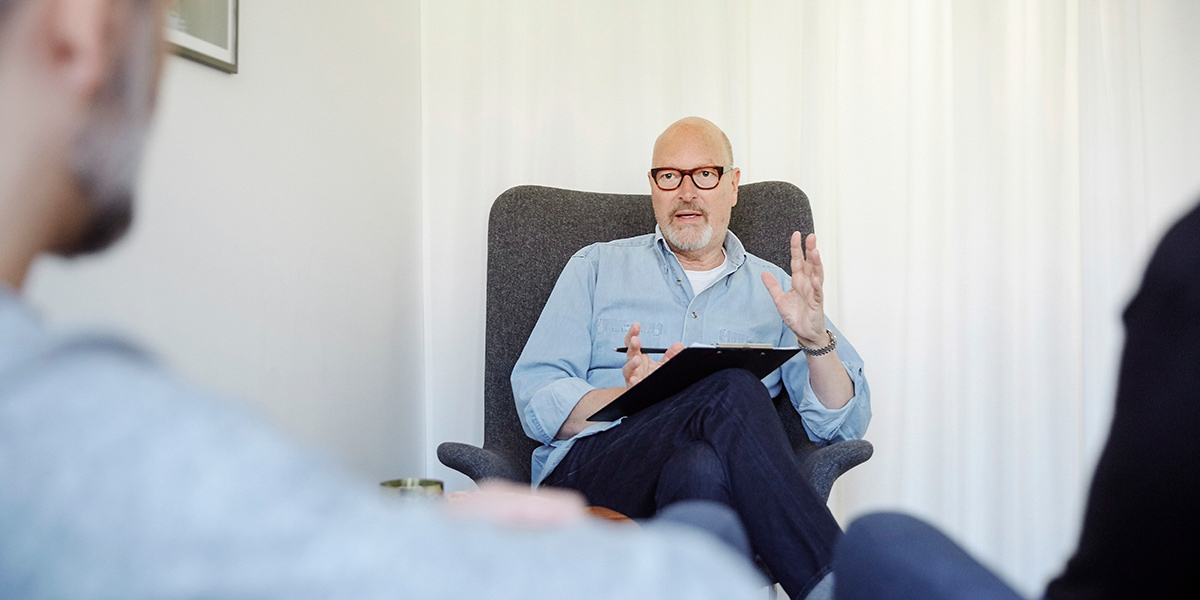 Chronic inflammation has been linked to chronic diseases, autoimmune disorders, musculoskeletal pain, mental health issues and gut biome-related problems. And while medications are often the treatment of choice in lowering inflammation, psychological and behavioral therapies may be just as effective in controlling disease-casing inflammation, according to a study published in JAMA Psychiatry.

In the study, cognitive behavior therapy topped the other types of psychotherapy. Researchers from the University of California Los Angeles, University of California Davis and San Diego State University reviewed 56 randomized clinical trials to compare the effects five different mental health therapies had on pro-inflammatory cytokines – a marker of inflammation and other immune system functions. They reviewed cognitive behavioral therapy, cognitive behavioral therapy plus medication, grief and bereavement support, a combination of two or more psychotherapies and psychoeducation. Researchers were interested in seeing if behavioral techniques used to control conditions such as anxiety and depression were an effective alternative to anti-inflammatory drugs.

Pro-inflammatory cytokines are a group of proteins secreted by specific immune system cells with the purpose of promoting inflammation. Inflammation can be beneficial – it’s a natural part of the immune process. When you’re exposed to a toxin, prick your finger or catch a cold, your immune system activates, sending an army of white blood cells to fight off “foreign invaders” like bacteria and viruses.

Inflammation also is helpful for injuries such as a sprained ankle, tennis elbow or patellar tendonitis. After you’re injured, white blood cells flood the area to remove bacteria and dead cellular debris. You’ll probably notice the inflammation – it appears as redness and swelling in the area. This is acute inflammation; it’s short-term and part of the healing process.

But sometimes acute inflammation hangs around longer than it should. It’s also possible for an immune system to trigger an inflammatory response without a reason. This can lead to excessive inflammation, which slowly damages tissue, raising your risk for developing chronic inflammation. This type of inflammation occurs on a much deeper, more internal level. And it doesn’t produce visible symptoms like acute inflammation does, leaving you unaware that there’s an underlying, potentially dangerous health issue brewing.

“Over-the-counter anti-inflammatories like Advil, Motrin or Aleve can help ease pain associated with inflammation-related issues like rheumatoid arthritis, gout and migraines. Other conditions such as asthma, Crohn’s disease and Addison’s disease may need corticosteroids,” says Bernard Kaminetsky, MD, medical director, MDVIP. “But long-term use of medications can be costly and have side effects.”

Results showed psychotherapy, particularly cognitive behavioral therapy treatments (CBT), were the most effective in lowering pro-inflammatory cytokines, followed by a combined psychotherapy treatments. Researchers also found the effects of CBT on the immune system lasted at least six months.
“These results are great news for someone who prefers trying natural therapies for reducing inflammation,” says Kaminetsky.

The easiest way to learn CBT is through a cognitive behavioral therapist. You may not need a referral to see one; check with your insurance provider. Your MDVIP-affiliate primary care doctor can also help you find a CBT-trained therapist near you.

If you are concerned about inflammation in the body, talk to your doctor about controlling inflammation. Your MDVIP-affiliated physician can work with you to develop a personalized wellness plan that focuses on maintaining a strong immune system to help control inflammation. If you don’t have a primary care doctor, find an MDVIP affiliate near you. »

Similar Posts
Why We Focus on Inflammation When It Comes to Heart Disease Prevention / Merritt W. Dunlap, MD / March 1, 2018
Lower Inflammation to Reduce Risk of Heart Attack and Stroke / Dr. Andrea Klemes / February 14, 2018
About the Author