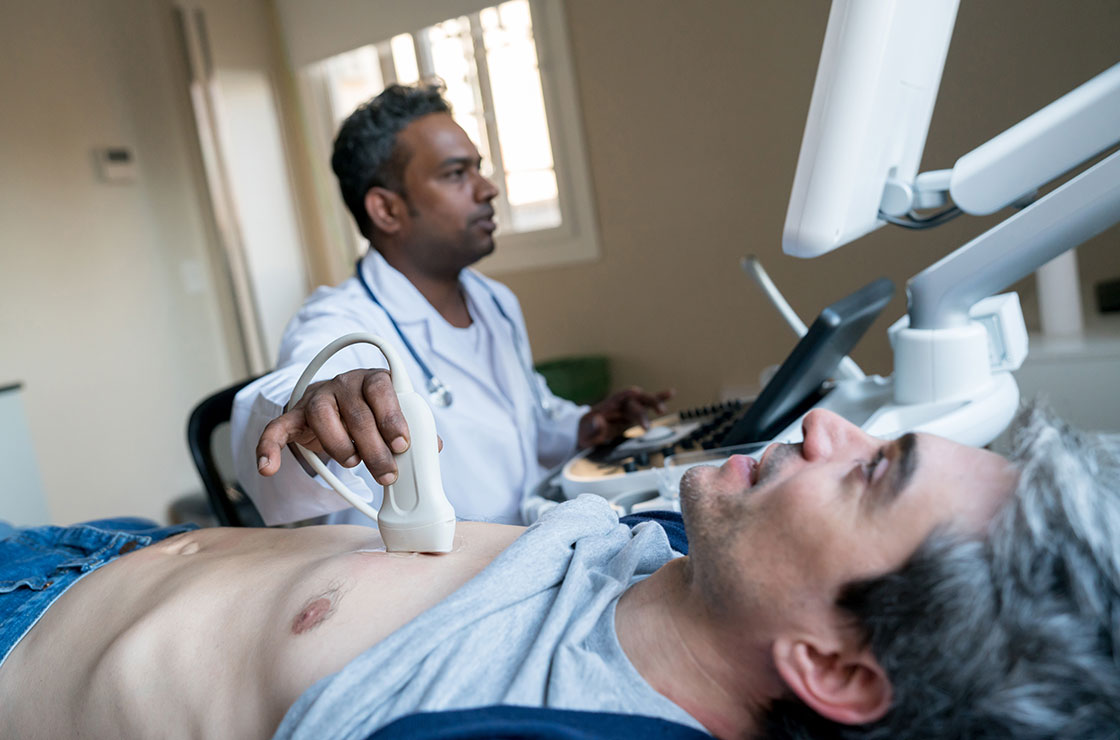 Experts have been telling us for years that poor sleep quality contributes to heart disease. But you may not realize just how detrimental sleep deprivation can be for your heart. A lack of sleep raises your risk for cardiovascular disease regardless of your age, weight, smoking and exercise habits, according to the Sleep Foundation.

How sleep affects your heart is still unclear, but we’re getting closer to an understanding. We know that heart rate and blood pressure drop while you sleep, giving the cardiovascular system a break. And previous studies suggest poor sleep can cause weight gain and a rise in blood sugar and blood pressure. But over the last six months, four studies were published that link sleep deprivation with inflammation, poor oxygen circulation and atherosclerosis – three significant risk factors for cardiovascular disease.

However, inflammation also is involved in heart disease. Bad cholesterol accumulates along the inner lining of your blood vessels to form plaque that’s often covered by a fibrous cap. As blood flows through the vessels, the caps can erode, causing a pothole-like effect in the plaque and signaling the body to send white blood cells to clot the “injured” area. But the clot can impede blood flow, a common cause of a heart attack or stroke. And the white blood cells release myeloperoxidase (also known as MPO), which contributes to plaque formation.

Some of the inflammation in your body may be linked to sleep deprivation. Getting at least seven hours of sleep each night can help control a handful of inflammation regulators, according to studies published in Experiential Physiology and Nature.

University of Colorado at Boulder researchers gave a sleep habits questionnaire to 24 healthy men and women, ages 44 to 62, and then took blood samples from them. Half of the subjects claim they got between 7 and 8.5 hours of sleep each night, while the other half reported between 5 and 6.8 hours. People sleeping less than seven hours each night had 40 to 60 percent lower circulating levels of three microRNAs -- miR-125A, miR-126 and miR-146a. MicroRNAs are molecules that suppress gene expression in cellular proteins; these particular microRNAs are responsible for suppressing inflammatory proteins.

And Massachusetts General Hospital researchers studied the effects intermittent sleep had on mice. They followed a group of mice genetically engineered to develop atherosclerosis. Researchers woke up the test mice regularly during sleep while letting a control group of normal mice sleep soundly. Surprisingly, researchers didn’t find differences in cholesterol, weight or glucose tolerance between sleep-deprived mice and well-rested mice.

But they noticed the sleep-deprived mice developed larger arterial plaques and had higher levels of inflammatory cells – the type involved with atherosclerosis -- in their blood vessels. Sleep-deprived mice also produced nearly twice the amount of stem cells in their bone marrow, which leads to an increased number of white blood cells. Lastly, the mice had significantly lower levels of hypocretin, a hormone involved with sleep regulation.

“Inflammation has been a buzzword in healthcare for the last decade,” says Bernard Kaminetsky, MD, medical director, MDVIP. “We’re slowly learning of the connection between lifestyle and inflammation.”

Your body uses oxygen to produce energy. During the day, healthy oxygen saturation (O2 sat) levels range between 95 and 100 percent. However, at night, the percentage drops. Below 90 percent is considered low oxygen. When you’re deprived of oxygen, it can lead to a wide range of health problems. That’s why obstructive sleep apnea is so serious -- it can lower your oxygen saturation below a healthy level. And poorly oxygenated blood is a good indicator of heart-related death, according to a study published in the European Heart Journal.

Researchers from University of Adelaide (Australia) studied low blood oxygenation patterns of more than 2,800 men in their 70s and early 80s as they slept. They found that men slept 12 or more minutes with an O2 sat below 90 percent, their risk of a heart-related death increased by 59 percent.

Researchers were able to link only 80 percent of low O2 sat episodes to sleep-disordered breathing and recommend that people who experience bouts of low O2 sat get screened and treated for risk factors beyond sleep disorders and obesity.

“Many people don’t realize they have sleep apnea or another variation of disordered sleep,” says Kaminetsky. “Talk to your doctor if you wake up choking or gasping for air; experience morning headaches, feel exhausted during the day despite sleeping through the night; or snore loudly.”

Atherosclerosis occurs when bad cholesterol and debris accumulate inside arteries and form a plaque. As plaque builds, blood vessel walls thicken, making it more difficult for blood to flow through and raising the risk for coronary artery disease, angina, carotid artery disease and peripheral artery disease.

Elevated cholesterol and triglycerides levels, high blood pressure and cigarette smoking contribute to the development and progression of atherosclerosis. Sleep deprivation may be another cause of atherosclerosis, according to a study published in the American Journal of Cardiology.

Spanish researchers from Centro Nacional de Investigaciones Cardiovasculares Carlos III studied nearly 4,000 participants (62 percent men) with an average age of 46 and no known heart disease. Each participant was given an actigraph (a small device that measures rest and activity cycles) to wear for seven days. After collecting data, participants were divided into four groups based on nightly sleeping habits – very short sleepers (less than six hours), short sleepers (six to seven hours), reference sleepers (seven to eight hours) and long sleepers (more than eight hours) -- and given a 3D heart ultrasound and cardiac CT to confirm heart health.

Many participants struggling to sleep reported higher intakes of alcohol and caffeine compared to people who slept well. While alcohol can help you fall asleep, it also can have a rebound effect, causing you to wake up after a few hours of sleep. And if you drink coffee later in the day, it can keep you up at night if your body metabolizes caffeine slowly.

“This study is the first of its kind. It directly links sleep with atherosclerosis throughout the body, not just the heart,” Kaminetsky says. “I can’t stress enough the importance of working with your physician if you aren’t sleeping well.”

If you don’t have a primary care physician, consider partnering with an MDVIP-affiliated physician. MDVIP doctors have the time to work with you and develop a wellness plan that can focus on improving sleep quality. Find a physician near you and begin your partnership in health »