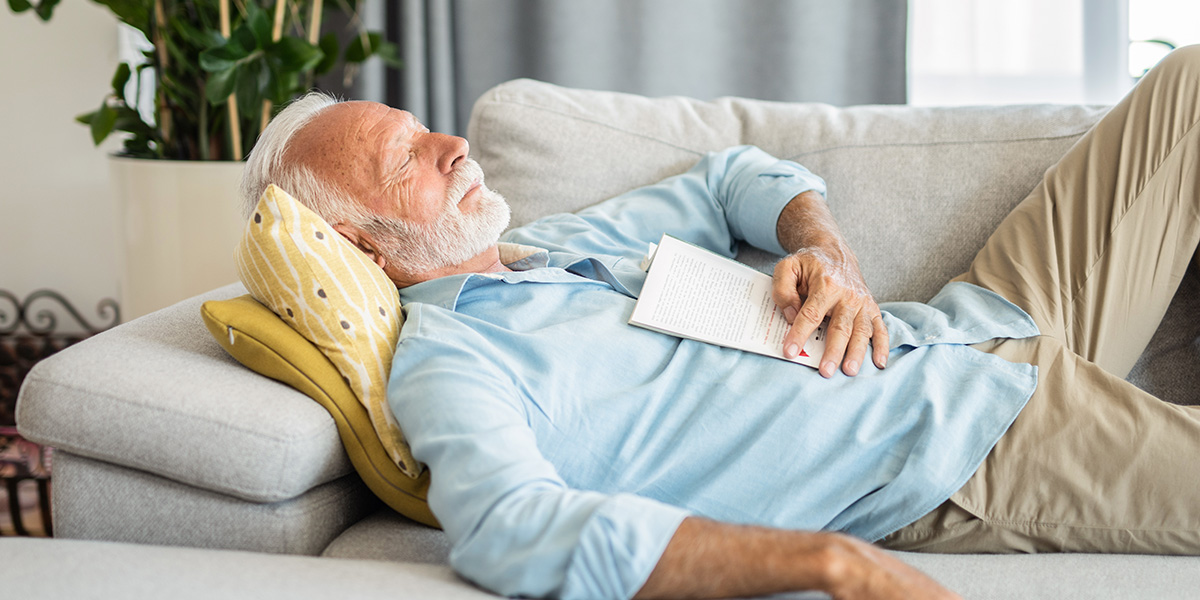 You surely know by now that there’s an “ideal” amount of sleep we’re supposed to get at night: roughly seven to nine hours. This applies to the entire age range for adults, whether you’re 18 or 88.  And it’s not a loose suggestion, like how many days a week you should shower.

Sleep guidance is clear and consistent across authoritative sources, including the Centers for Disease Control and Prevention. The seven-to-nine-hours rule varies only slightly in different adult age groups:
•    18–60 years: seven or more hours per night
•    61–64 years: seven through nine hours
•    65 years and older: seven through eight hours

It may seem incomprehensible that a young adult in New York City would need the same amount of sleep as a retiree in the Sunshine State. The former is more likely to dance the night away. The latter is more likely to take advantage of an “early bird” dinner menu, then head home for a small glass of port on the lanai.

Even age-group peers can have vastly different lifestyles, burdens, stresses and responsibilities. Yet they, too, need the same amount of sleep. What gives?

Sleep recommendations aren’t based on how tired you are. They’re based on how long it takes for your body to undergo complex processes that restore and repair your body and brain after a day of hard work. Those processes start when you fall asleep.

Thousands of neurons in the brain switch modes (from waking to sleeping) and get to work sending repair signals through the body. If you don’t get enough sleep, your body systems don’t complete their necessary repairs. Then you may experience cloudy thinking, poor concentration, low energy, and mood swings.

The effects are short term – but if you short-circuit the repair process often enough, it could have lasting impacts on your ability to get restorative sleep.

Everyone should go through four to five sleep cycles on a nightly basis. Within each cycle, there are four individual sleep stages. It takes your body between 70 and 120 minutes to go through all four stages. Got it so far?

Now, within these stages, sleep is further subclassified. There’s rapid eye movement (REM) sleep and non-REM sleep. In non-REM sleep, everything slows down, including your breathing and heart rate. In REM sleep, your systems pick up the pace.

A closer look at the four stages of sleep:

STAGE 1 (non-REM): Stage 1 is brief. It’s the period when you start to doze off. Your brain activity slows down considerably and the healing begins.

STAGE 2 (non-REM): Your heart rate, breathing, and brain activity have slowed. The good, hard sleep is coming, but for now, as with stage 1, you’re still fairly easy to wake.

STAGE 3 (non-REM): Ahhh, finally. Deep sleep. You’re definitely not aware of your surroundings and your breathing is at its slowest here. Some muscles start to enter a temporary state of paralysis known as atonia.

STAGE 4 (REM sleep). During REM sleep, your brain activity picks up the pace. This stage is the one in which you may have vivid dreams. (In fact, brain-activity wise, it’s almost like you’re awake.) Breathing and heart rate increase, too. But many of your muscles remain paralyzed, which prevents your body from acting out those vivid dreams. Stage 4 is most associated with cognitive repair.

You often hear about the benefits of sleep – including its essential role in heart health, diabetes management and cognitive function. And good sleep can do all of that.

But there’s another benefit you don’t hear much about: hormone regulation. Sleep, in particular, helps regulate cortisol, the stress hormone. High levels of cortisol, which can occur when we don’t sleep well, can disrupt other hormones like progesterone and estrogen. Cortisol can also affect your thyroid, which can slow down your metabolism.

Poor sleep can also disrupt the production of certain hunger-related hormones like insulin, ghrelin and leptin, which can lead to weight gain and insulin resistance. Both can contribute to pre-diabetes and type 2 diabetes.

In other words, you really can blame sleep for that outburst, that eating binge, that brain-freeze. And now you know for sure you can decrease the frequency of those in the future by getting more sleep.

That’s why it’s so important to talk to your primary care doctor about if you’re not getting enough sleep. He or she can help. If you’re not sleeping well, make an appointment or talk to them about it the next time you’re in their practice.

categories
Prevention
Insomnia
FIND A DOCTOR NEAR YOU
Physician Locator