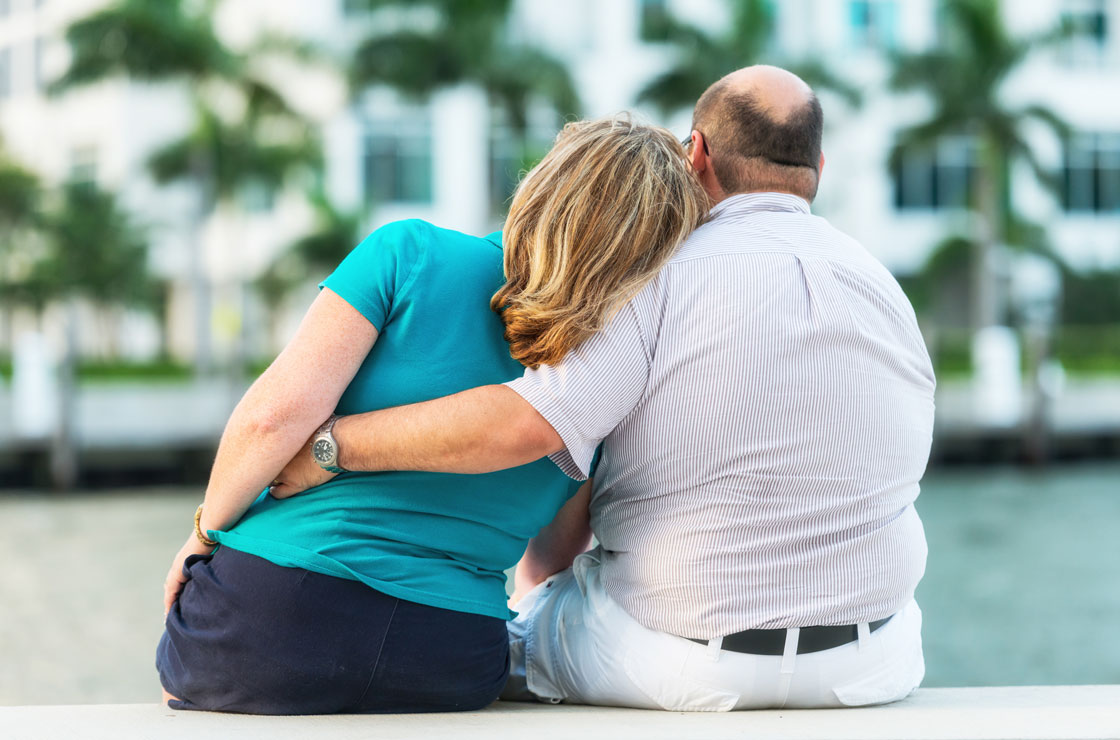 What’s BMI? It’s a screening tool often used at health fairs to give you a gist of your body composition. But researchers regularly rely on it to conduct studies because it’s a simple way to gauge obesity in large groups of people.

“This study is the first of its kind to connect spousal risk of diabetes,” says Bernard Kaminetsky, MD, medical director, MDVIP. “The focus on diabetes prevention may shift from an individual to a household.”

Researchers from University of Copenhagen used data from the English Longitudinal Study of Ageing, conducted in the United Kingdom, to evaluate records of 3,649 men and 3,478 women. Data was adjusted for age, ethnicity and socioeconomic status.

Not surprisingly, they noticed spouses often have similar BMIs. Previous studies suggest that people often marry a spouse like themselves and adopt similar dietary and exercise habits once they’re married. If couples have similar body weight, it makes sense that they have the same risk for diabetes, right? Researchers weren’t sure and wanted to dig a little deeper, so they adjusted the data for weight.

When they adjusted for weight, women weren’t at higher risk for diabetes even if their husband had an elevated BMI. But when researchers looked at men, they found that regardless of a man’s BMI, his risk for type 2 diabetes increases if his wife is obese (a BMI over 30 is considered obese).

“Based on these results, couples-lifestyle counseling may be the next step in controlling diabetes — especially for men, who don’t go to the doctor as often as women,” Kaminetsky says.

Work with your primary care physician to help you and your spouse live a diabetes-friendly lifestyle. Don’t have an MDVIP-affiliated doctor? MDVIP has a nationwide network of physicians. Find one near you and begin your partnership in health »