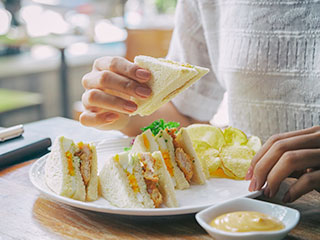 Favorite or not, eating fried foods raises the risk for obesity, high blood pressure, type 2 diabetes and heart disease. But fried foods haven't necessarily been linked to death — until now. It seems regularly eating deep fried foods can raise the risk of early death among post-menopausal women, according to a study published in The British Medical Journal.

“Fried foods tend to be higher in calories and are usually fried in unhealthy oils,” says Bernard Kaminetsky, MD, medical director, MDVIP. “Avoid fried foods, but if you're going to fry, choose healthier oils like coconut, olive and avocado oils.”

Researchers from University of Iowa and Washington University School of Medicine analyzed approximately 107,000 dietary questionnaires from women ages 50 to 79 and enrolled in the Women’s Health Initiative between 1993 and 1998 and followed until February 2017. During the analysis, 31,588 women died — nearly a third from heart related issues, 8,358 from cancer and 13,880 from other issues.

“This study is an observational study, so it doesn’t explain cause and effect; it only demonstrates a correlation,” says Kaminetsky. “But it’s an important correlation. It takes us one step closer to understanding the connection between cardiovascular disease and diet. And if you eat fried foods on a regular basis, work with your primary care physician to control other risk factors for coronary artery disease.”

If you don’t have a primary care physician, consider partnering with an MDVIP-affiliated physician. They have time to really work with you to develop a wellness plan that can help you focus on preventing or controlling heart disease. Find a physician near you and begin your partnership in health »