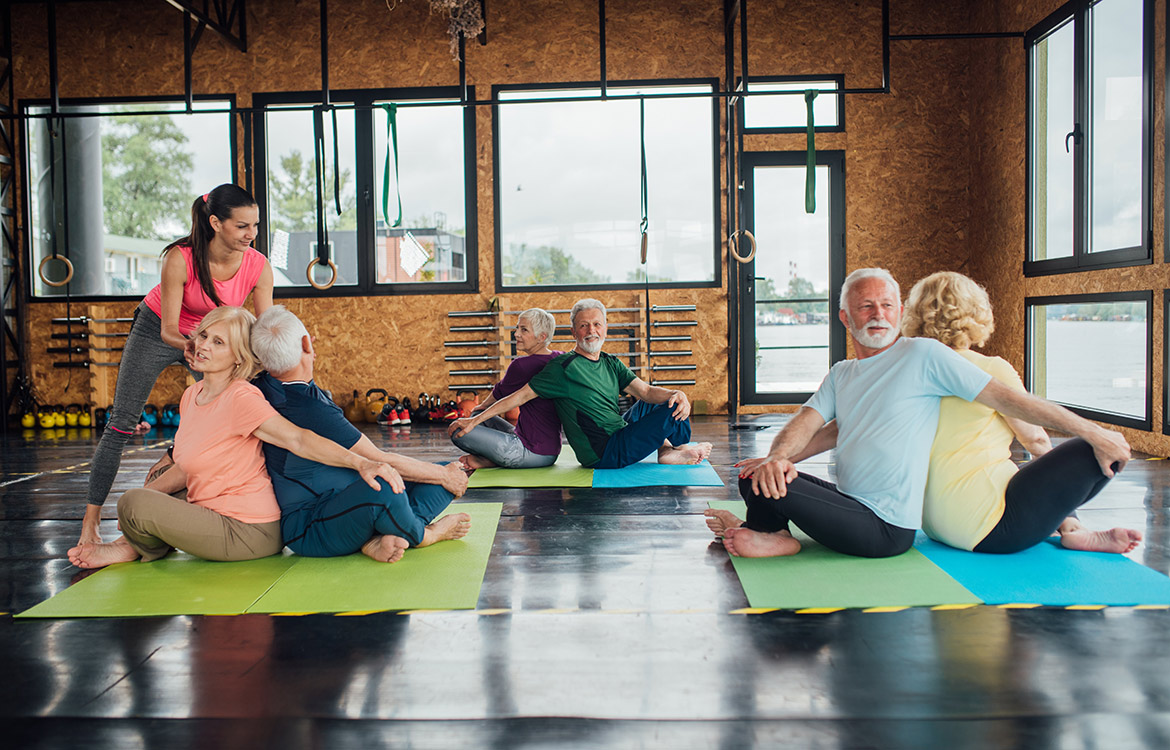 Patients may have a new tool to help them recover from the debilitating effects: Seated Tai Chi. A new study has demonstrated the ancient Chinese martial art is a beneficial form of rehab.

Ischemic strokes happen when blood flow to the brain is decreased or interrupted. Blood delivers oxygen, nutrients and hormones to cells and removes waste products like carbon dioxide. This process keeps cells healthy and functioning properly. When blood flow is disrupted, it can damage brain cells, causing problems that can range in severity from mild to deadly.

Most stroke survivors experience at least some disability. The level and type of disability are contingent on the age of the patient, duration of decreased blood flow and section of the brain affected. Most stroke survivors need long-term recovery are prescribed traditional stroke rehabilitation, which includes:

However, traditional stroke rehabilitation yields limited results. Only about 10 percent of stroke patients fully recover, about 25 percent recover with minor impairments and 40 percent complete rehab with moderate to severe impairments that require special care, according to the National Stroke Association.

Because many survivors lack strength, stability and arm function, they opt out of rehab, despite recommendations to begin rehabilitation within seven days of a stroke and to continue for up to six months. This suggests new approaches to rehab might be needed.

In 2014, the American Heart Association and American Stroke Association issued a scientific statement recommending strength and flexibility training, such as yoga and Tai Chi for stroke survivors to help improve their strength, stability and flexibility – the very components that stroke patients lack and deter them from rehab. A few years after this recommendation was issued, a large-scale study found that yoga-based rehabilitation boosted the quality of life and return to activities for heart patients enrolled in cardiac rehabilitation, leading researchers to suggest evaluating Tai Chi as another method of non-traditional rehab, according to a study published in Circulation.

“Tai Chi is often recognized by its standing movement patterns,” says Bernard Kaminetsky, MD, medical director, MDVIP. “However, many Tai Chi postures lend themselves to sitting, making it possible for even wheelchair bound patients to participate.”

In a small study 16-week study conducted in China, researchers recruited 160 adults (81 men and 79 women) with an average age of 61 that had their first ischemic stroke within the past six months and maintained use of at least one arm. Before the study began, researchers assessed physical function and psychological state via questionnaires and assessment tools and then divided participants into two groups. One group went through a 12-week seated Tai Chi program specifically developed for stroke survivors dealing with hand and arm weakness or partial paralysis. The second group completed a 12-week traditional stroke rehabilitation that included hospital-recommended upper limb movements. The physical and psychological assessments were repeated two more times during the study and then after 16 weeks.

The Tai Chi group was instructed on how to perform exercises during their first week of hospitalization. Other than that, both groups had similar implementation strategies, caregiver responsibilities, self-guided videos to practice at home. Follow up took place four weeks after exercise sessions ended.

Results suggested that seated Tai Chi provided equal or greater improvement in recovery after three months when compared to traditional stroke rehabilitation, according to a study published in Stroke. Improvements included:

“Every stroke recovery case is different,” says Kaminetsky. “If you or your loved one suffered a stroke, discuss rehab options with your doctors. Tai Chi can be effective, but it’s just one tool in the rehab toolbox.”

Don’t have a doctor? Consider partnering with an MDVIP-affiliated physician. Physicians in MDVIP-affiliated practices have the time to really get to know you and help guide you in making appropriate choices for your healthcare. Find an MDVIP affiliate near you and begin your partnership in health »

Recent posts
Four Reasons to Wear Sunglasses — They Help Protect Your Eyes from Disease
Poor Sleep Habits Can Lead to Fatty Liver Disease, Studies Say
5 Reasons Why Quitting Smoking is Tougher for Women
The Basics of a Mediterranean-Style Diet
How Nutrition Affects Our Life Span
categories
Primary Care
Cardiology/Vascular
FIND A DOCTOR NEAR YOU
Physician Locator