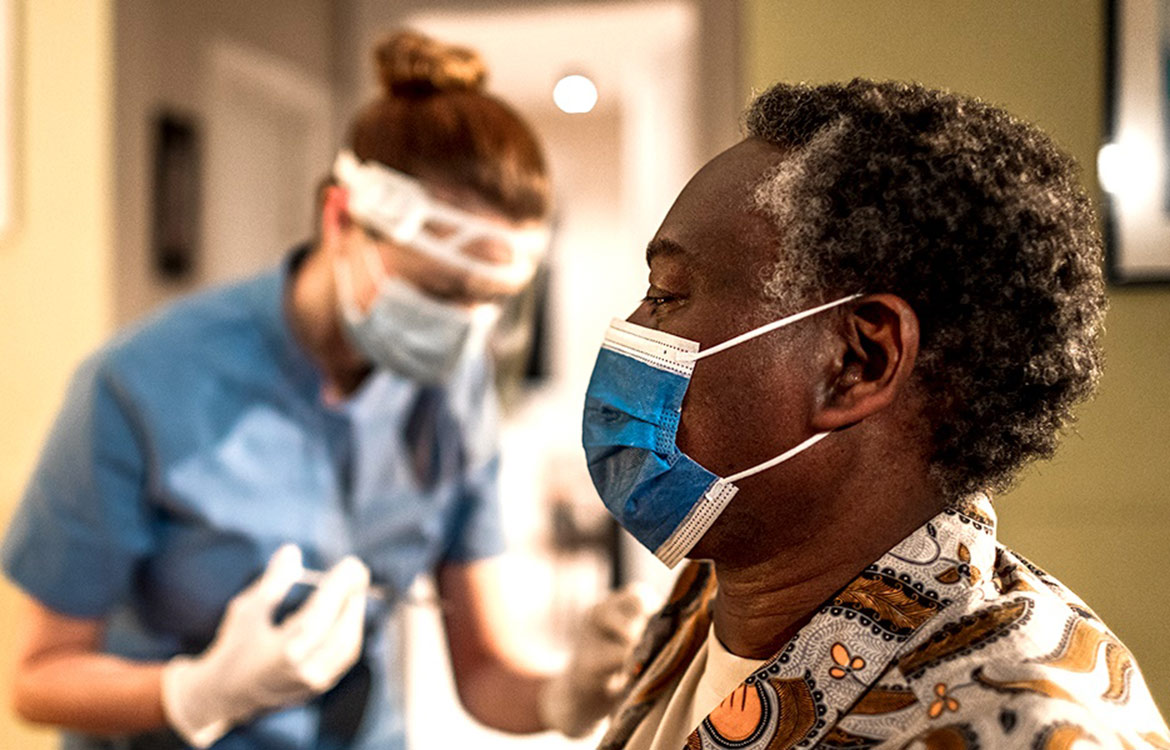 “Recent data makes clear that protection against mild and moderate disease has decreased over time,” Murphy said. “This is likely due to waning immunity and the strength of the Delta variant. Even though new data affirms that vaccine protection remains high against the worst outcomes of COVID, we are concerned that this pattern of decline we are seeing will continue in the months ahead, which could lead to reduced protection against severe disease, hospitalization and death.”

People will become eligible for the booster eight months after they received their second dose of the Moderna or Pfizer vaccines, the White House said. That means that people who were vaccinated earliest in the pandemic – healthcare workers, the elderly and nursing home residents – will be eligible for the third vaccine dose first.

The decision is pending both Food and Drug Administration approval and Centers for Disease Control review. But most experts expect the boosters to be approved.

CDC Director Rochelle Walensky said two of the studies, one in New York State and one conducted by the Mayo Clinic, showed that vaccine effectiveness against infection declined substantially. The New York study showed a drop from 92 percent to 80 percent effectiveness the further someone was from vaccination. The Mayo Clinic study showed declines for the Pfizer vaccine from 76 percent to 42 percent and for Moderna of 86 percent to 76 percent. The Mayo clinic data runs through July 16.

Walensky emphasized that vaccine effectiveness remained high against hospitalization and death up to 24 weeks after the second dose. Data from a fourth study being published by the CDC showed effectiveness against the worst outcomes of COVID only declined 1 percent (86 to 85 percent).

Earlier in August, the FDA approved a third dose for immunocompromised individuals — particularly those who had received a solid organ transplant or have a similar level of compromised immunity. These individuals show a lower immune response to the vaccines than people with no immunity issues.

In mid-August, Pfizer submitted data to the FDA that shows a third dose of its vaccine produced “significantly higher neutralizing antibodies” against the original coronavirus as well as Beta and Delta variants than the original two-dose regimen, Albert Bourla, chairman and chief executive officer of Pfizer, said in a release. “The data we’ve seen to date suggest a third dose of our vaccine elicits antibody levels that significantly exceed those seen after the two-dose primary schedule.”

Dr. Anthony Fauci, the nation’s top infectious disease doctor, said there is good evidence supporting the need for a third dose of the vaccine:

“You get a dramatic increase in antibody titers when you do a third immunization dose,” Fauci said.

Should you get a booster when it’s available? It is recommend you wait until eight months after your last dose, and then discuss it with your primary care doctor.

Similar Posts
Should You Wear Your Mask Again as Delta Variant Surges? / July 29, 2021
About the Author