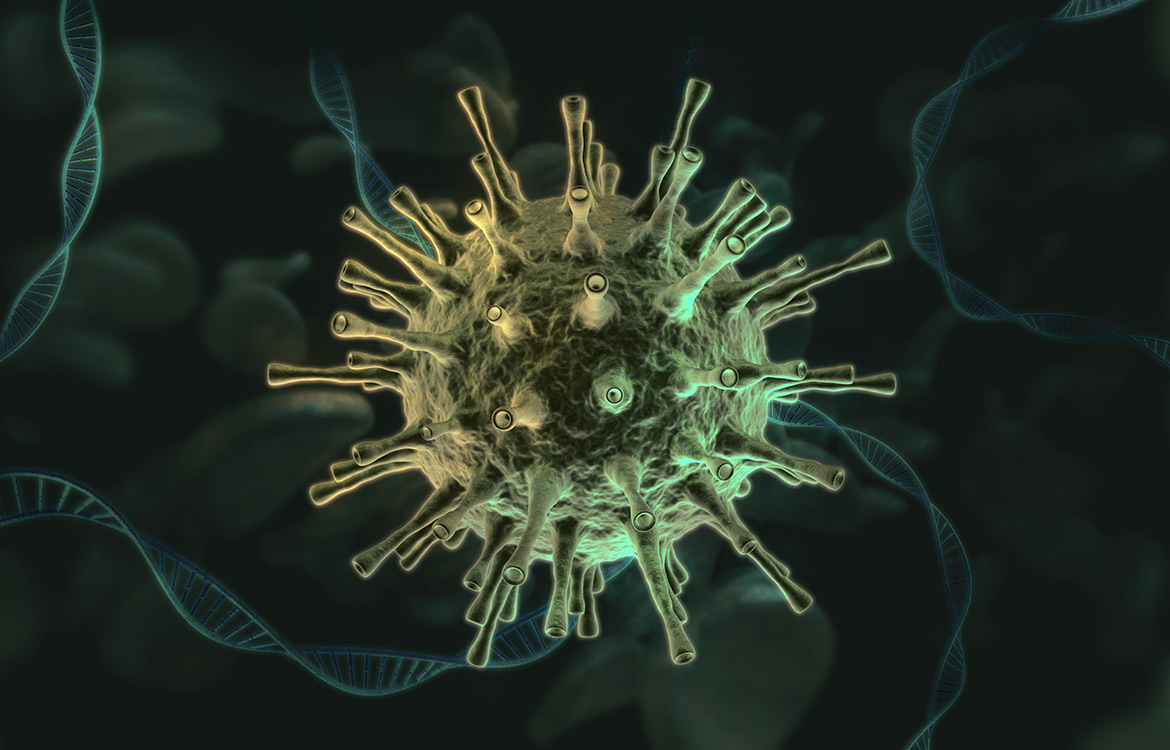 You've probably heard or seen a lot about new variants of COVID-19 in the last few weeks. It’s no surprise that after a year of circulating, the coronavirus that causes COVID-19 has evolved. Viruses often mutate and change. Sometimes they weaken, sometimes they strengthen, and sometimes they become more communicable.

In this case, the new coronavirus strains are more communicable. These genetic mutations affect the proteins that cover the outer coating of the virus, causing them to adhere better to cells, particularly in the nose. Essentially, they’re stickier than earlier versions of the virus.

Fortunately, the newer strains don’t seem to be causing more severe cases of COVID-19, although British researchers think a variant that showed up in the U.K. in the fall may prove more severe.  These strains are more contagious and spreading throughout the U.S. is good reason to remain vigilant about social distancing, wearing a mask and avoiding unnecessary outings.

So far, four new strains have been identified: the British variant, another from South Africa, a third from California and a fourth from Brazil. Although these strains are more communicable than the original virus, experts believe the currently available COVID-19 vaccine should still protect you. Here’s what we know so far about the variants:

The COVID-19 strain B.1.1.7 was reported in England in September. It has spread to more than 30 countries including the U.S. B.1.1.7 seems to have a higher viral load, making it about 56 percent more contagious, according to officials at the U.S. Centers for Disease Control and Prevention. Some experts believe that B.1.1.7 doesn’t cause more severe illness than the other COVID strains; however, some data, albeit weak, suggests otherwise. This led Anthony Fauci, MD, director, National Institute of Allergy and Infectious Diseases to warn Americans during a recent airing of CBS’ Face the Nation to assume the B.1.1.7 is deadlier than the dominant worldwide strain.

In mid-December, a new strain of COVID-19 emerged in South Africa -- 501Y.V2. The strain doesn’t seem to cause more severe illness than the worldwide strain of COVID-19 but is more transmissible — about 50 percent more contagious than the original strain. Since it was identified, it has been the dominant COVID variant in the Eastern and Western Cape provinces of South Africa and cases have begun appearing in 20 other countries including Austria, Norway and Japan.

Los Angeles, San Diego and San Bernardino counties were hit hard with the worldwide and British-identified strains of COVID-19. But just as the number of cases began flattening, a new surge of cases struck, accounting for more than one third of all Southern California COVID cases. But these cases differed from others, leading Cedars-Sinai researchers to identify it as the highly transmissible CAL.20C variant, which is comprised of five different strains.

Brazilian scientists have been tracking COVID-19 variant P.1 since at least December. This variant includes a cluster of concerning mutations that help the virus spread quicker while avoiding the body's immune system, making it easier for you to catch the virus multiple times and hinders vaccine efficacy. The media has dubbed P.1 as a super strain of COVID. P.1 has reached the U.S. with cases being reported in Minnesota.

You’re probably wondering if the new COVID-19 vaccine is effective against these new strains. Although, it’s not clear yet, it appears as though vaccines from Moderna, Pfizer-BioNTech, Johnson & Johnson and University of Oxford-AstraZeneca may be effective in protecting against the B.1.1.7 strain. But there is concern about the South African variant.

Moderna tested their vaccine against both B.1.1.7 and 501Y.V2 variants and found that the vaccine triggered an immune response that could protect against both strains, but protection was weaker. J&J's vaccine, which hasn't been approved by the Food and Drug administration, was only 57 percent effective against the South African Variant. Diminished protection, however, is still better than no protection.

Moderna announced it will launch two new efforts in response: The first will test the addition of a third shot of its current vaccine to boost its two-dose regimen. The second study will focus on early human testing of South African specific vaccine, using it as a booster to prime the immune system to the new strain.

When Pfizer-BioNTech tested blood serums from a small group of vaccinated people, they found their vaccine was equally as effective at blocking the British variant as well as it blocks the original strain. Their South African variant results haven’t been published yet.

University of Oxford/AstraZeneca have tested their vaccine on the variants and expect to publish data soon. Preliminary results suggested it provides the same level of protection against the British strain as it does the worldwide strain.

As of now, vaccine manufacturers aren’t sure how well their vaccine can protect against the Californian and Brazilian variants. Some experts are concerned the P.1 strain may hinder vaccine efficacy.

Regardless of the vaccine or the variant, health experts recommend you get whatever vaccine you can whenever it’s available to you. Some protection is better than none, and COVID-19 remains deadly. More than 400,000 Americans have been killed by the disease since the pandemic began 11 months ago.

The CDC is continuing to monitor the spread of COVID variants, differences among the variants and how effective existing vaccines and therapies are in controlling these variants. In the meantime, if you have concerns about COVID-19, vaccines and treatments, talk to your doctor.

Recent posts
Take Metformin? Here’s a Bright Spot: It Can Reduce the Risk of Death If You Have COVID-19 and Diabetes
New Dietary Guidelines May Mean New Nutritional Advice from Your Doctor
5 Dietary Trends for 2021
What Happens After You Get Vaccinated?
Concerned About Cancer? Work with Your Primary Care Physician
categories
Primary Care
Infectious Disease
FIND A DOCTOR NEAR YOU
Physician Locator