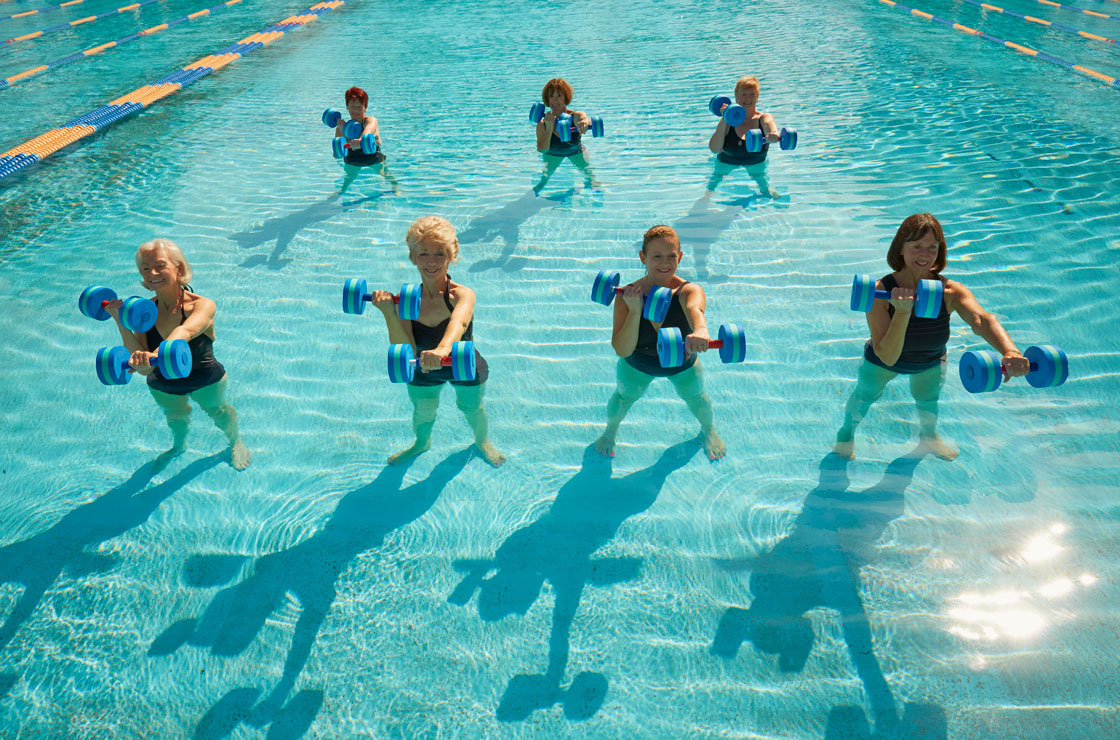 If you’re like most Americans, you probably have a good idea on what types of exercise is good for your heart: running, swimming, bicycling. In short, cardiovascular exercise – and lots of it.

But you may be surprised to learn that strength training may actually be better for your heart. Here are the truths behind five common heart disease and exercise misconceptions that can help provide better protection for your heart.

A study published in March in the journal Medicine & Science in Sports & Exercise found that even moderate resistance training or weight lifting was associated with a decreased risk of heart attack, stroke and death. How much training was necessary to get the protective effect? Working out for one, two or three hours a week was associated with approximately 40 percent to 70 percent decreased risk of total cardiovascular disease events.

Smaller studies have backed this up and even suggested that strength training may be more protective of the heart than aerobic exercise.

Normal daily activity reduces heart attack risk. You don’t have to run a marathon (or even around the block) to lower your risk of heart disease. Light physical activity, including activities such as gardening, slow walking, cooking, washing dishes and shopping, was associated with a 42 percent reduced risk of heart attack or coronary death and a 22 percent reduced risk of incident of all cardiovascular disease events.

In an article published in March in the journal JAMA Network Open, researchers looked a cohort of nearly 6,000 older women (average age was 78) and found replacing sedentary behavior like sitting with light-intensity physical activity reduces the risk of all-cause mortality and cardiovascular disease incidence and mortality. The relationship was linear: Women who got the most activity lowered their risk of heart disease complications.

Your weight, shape and ratio of muscle mass to fat mass and body mass index matters. Obesity in general is associated with cardiovascular disease risk. If you’re obese, losing as little as 10 percent of your body weight can significantly reduce many heart disease risk factors, including: fasting glucose, triglycerides, total cholesterol and LDL cholesterol, one study found. Even modest weight losses of less than five percent of your body weight can lower cholesterol and triglyceride levels, the same study found.

When it comes to your body shape, it’s not all about how thick or thin you are, but what makes up your body. People with a favorable muscle to fat mass ratio typically have a lower risk of heart disease risk.

And where you carry your fat also matters. In a 2018 study, researchers found that women who carried more weight around their middle section had a 10 to 20 percent greater risk for heart attack than women who were heavier but whose weight was distributed more evenly.

Exercise is important even after you’ve had a heart attack. For heart attack survivors, exercise may seem impossible or frightening. You may worry that you’ll strain your heart while recovers. But studies show that exercise is good for the recuperating heart. A 2018 study, for example, found that even modest activity had a protective effect.

Researchers asked survivors about their activity level six to 10 weeks after their heart attack and then again at the one-year mark. Those who reported increased activity between the two follow-up visits had a 59 percent lower risk of dying over the next four years compared to those who were constantly inactive. Risks were 71 percent lower for survivors who researchers categorized as “constantly active”.

You benefit even if you don’t exercise 30 minutes five days a week. Regular exercise lowers blood pressure, reducing risk for heart attack, stroke and a bunch of other chronic diseases including type 2 diabetes. Current exercise guidelines recommend Americans get at least 150 minutes of moderate or 75 minutes of vigorous exercise a week – in reality, twice this amount is considered optimal. But most Americans don’t get enough exercise; in fact, many are intimidated just by the recommendations. The result: They get little to no exercise.

When it comes to exercise, doing nothing puts you at greater risk for heart disease. And studies suggest that some exercise, however modest, can help you lower that risk. In a 2015 review, researchers found that:

The bottom line: Exercise is an incredibly beneficial for your heart and may keep you from having a heart attack or stroke.