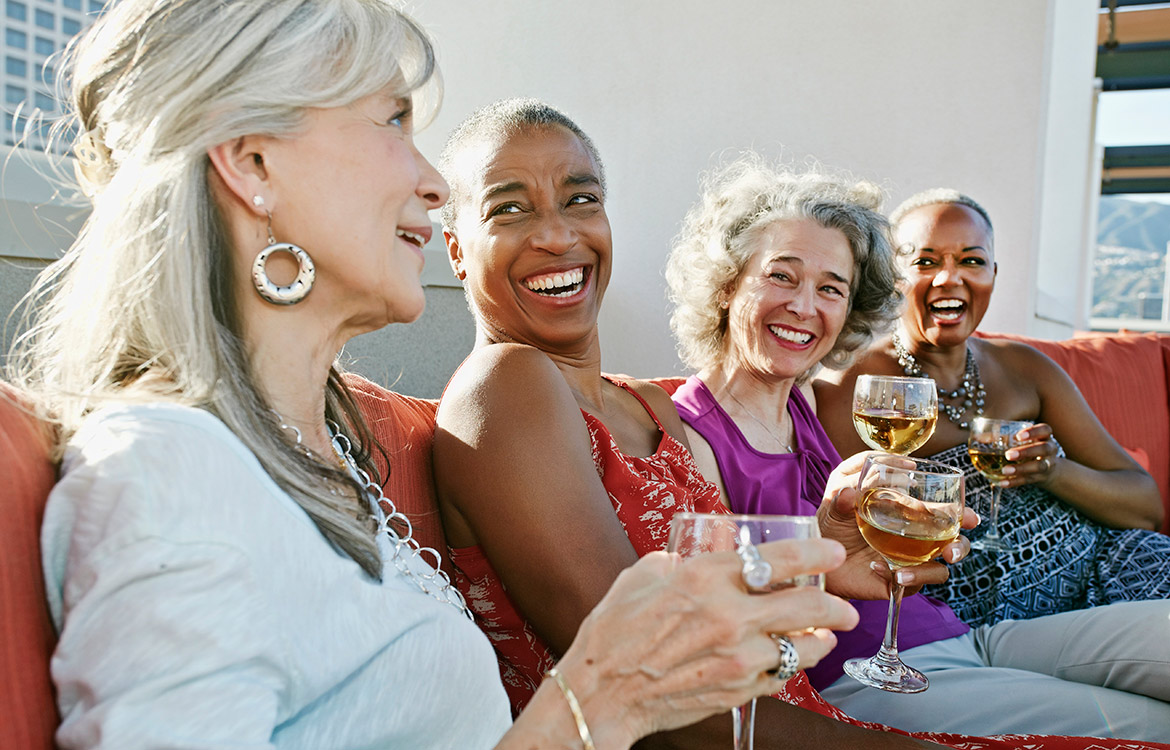 Want to live longer? If you’re a heavy drinker, reducing your consumption could help, according to a new study.

People age differently, largely due to microscopic parts of our anatomy at the end of our chromosomes called telomeres.

In simplest term, telomeres are the end caps of chromosomes -- the long, thread-like structures that contain DNA (genetic information) found in the nucleus of cells. Telomeres prevent chromosomes from fraying, like the plastic tips on the ends of shoelaces. But telomeres have another function – they also serve as markers for our biological age.

Each time a cell divides, the telomeres shorten, eventually becoming too short to divide. Telomere lengths vary across different tissue types and shorten as we age. Shorter telomeres are associated with age-related illnesses such as heart disease, dementia, cancer and diabetes, and suggest a shorter lifespan.

However, genetics, upbringing, lifestyle and environmental exposures also can shorten telomeres -- as can alcohol, particularly if you drink too much, according to a study published in Molecular Psychiatry.

A research team led by Oxford Population Health performed the largest observational study to date to learn more about the effects alcohol has on telomeres, and ultimately, our lifespan. Researchers tapped into the UK Biobank -- a long-term study based on alcohol consumption data collected from 245,000 participants ages 40 to 69 years old. Researchers looked at data like drinking habits along with hospital records and blood samples used for genetic analysis.

Researchers used two measurements to quantify alcohol consumption. First was a handful of alcohol related, self-reported questions included on the UK Biobank initial questionnaire. Answers to these questions allowed researchers to categorize study participants as “never drinkers” (three percent), “previous drinkers” (four percent) or “current drinkers” (93 percent). The second was a calculation used by researchers to estimate the weekly total of drinks consumed across these categories.

Researchers measured the length of participants’ telomeres and looked at other parts of their DNA to assess genetic markers associated with alcohol use disorder. Researchers also looked for other possible connections between genetic markers and telomere length.

Results from the observational analysis found that people who drank 29 drinks a week each week had shortened telomeres and was equivalent to two years of aging. For a point of reference, a drink was considered a 12-ounce beer, 5-ounce glass of wine or 1.5 ounce of distilled spirits. That’s an average of slightly more than four drinks a day.

But even people who drank less — more than 17 units of alcohol per week, for example — had shortened telomeres, the analysis found. Drinking as many as 32 drinks caused more significant telomere shortening, equaling three years of aging.

Occasional drinking didn’t seem to affect telomere length. The study is consistent with other alcohol and longevity studies. Binge drinkers, in particular, have shorter lives, studies have found. And while some studies have associated modest drinking with longer lifespans (vs. people who do not drink), recent studies have shed light on other behaviors that modest drinkers take part in that shorten their lives, despite any protective effect that alcohol may have.

“This study supports a theory that many of us have held for years – heavy drinking, particularly at dependent levels, leads to premature aging and age-related diseases,” says Bernard Kaminetsky, MD, medical director, MDVIP. “If you’re concerned about the amount of alcohol you’re drinking, talk to your primary care physician.

Recent posts
How to Eat to Boost Your Immune System
Are Seed Oils Like Canola Safe and Healthy?
On a Plant-Based Diet? You May Need Some Animal-Based Foods for Bone Health
Low Vitamin D Levels Linked to Dementia in Study
An Underactive Thyroid Has Ties to Dementia
categories
Primary Care
FIND A DOCTOR NEAR YOU
Physician Locator