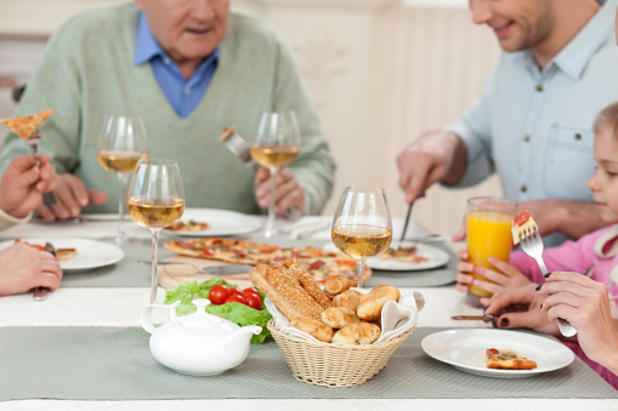 For years, people have been forgoing an ingredient found in many breads because they believe it to unhealthy. But gluten, the umbrella term for proteins in found in wheat, rye, barley and triticale (a wheat-rye hybrid) isn’t necessarily unhealthy, unless you fall into the small percentage of people who have Celiac disease or a gluten sensitivity.

When we think of gluten foods, baked goods, cereals and pastas often come to mind. But gluten can also be used as an additive in sauces, processed lunch meats, soups and beverages like beer. It even shows up in some restaurant-prepared eggs.

For people who have Celiac disease, gluten inflames and flattens the villi — hair-like structures that line the small intestine — hindering the absorption of nutrients and potentially leading to osteoporosis, nerve damage and seizures.

While you may know people who have stopped eating foods with gluten or have seen a lot of products on grocery store shelves claiming to be “gluten-free” (in 2014, sales for gluten-free food rose a whopping 68 percent, according to the Whole Grains Council), only one percent of Americans have Celiac disease, an autoimmune condition. Another six percent have non-celiac gluten sensitivity, which produces similar symptoms to Celiac disease but fewer complications.

For these people, eating a diet free of gluten is a must. But what about the rest of us? Is it healthy to stop eating gluten? Maybe, maybe not.

“Many people think they’re making a healthy decision by eliminating gluten from their diet; really, they’re missing out on nutrients and adding processed foods to their diet.” explains Bernard Kaminetsky, MD, medical director, MDVIP. “If you’re concerned that gluten is causing health problems, discuss it with your doctor before you make any dietary changes.”

When gluten is replaced in processed foods, fillers like corn starch, potato starch and tapioca starch are used in its place for texture and taste. However, these starches lack fiber and have been linked with increased blood sugar. They may also be higher in fat and have more calories than foods that contain gluten.

That’s why it’s important to talk to your primary care doctor before you sign on to any diet or major nutrition change. If your doctor recommends a gluten-free diet, it’s important to read food labels. On fruits, vegetables, shell eggs, fish and packaged foods look for the terms gluten-free, no gluten, free of gluten and without gluten. In 2013, the FDA regulated that foods with these claims must contain less than 20 parts per million of gluten, the lowest detectable level of gluten. Meat, poultry, some egg products and alcoholic beverages are not included in these regulations.

If you suspect you may have Celiac disease or non-Celiac gluten sensitivity or considering dietary changes, talk to your MDVIP-affiliated physician. As part of the MDVIP Wellness Program, your doctor can customize a wellness plan for you and your needs. Don’t have an MDVIP-affiliated doctor? Find one near you by clicking here.