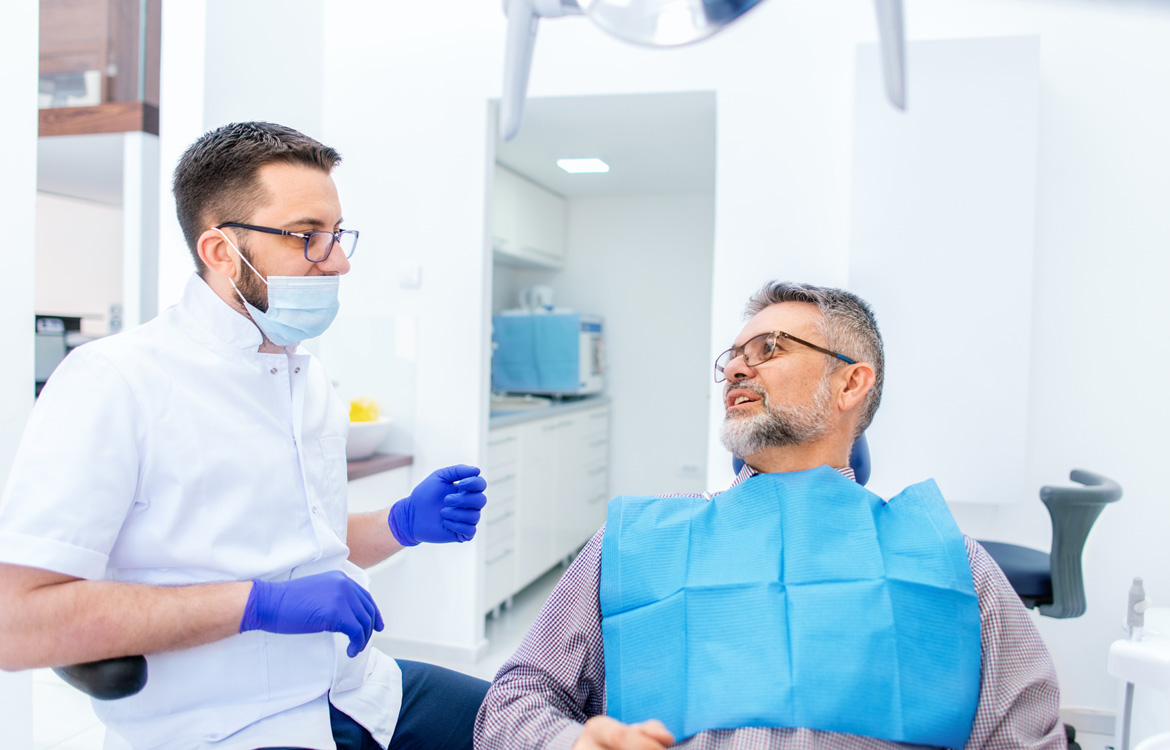 Do you see your dentist regularly?

If you do, good for you. Unfortunately, only about two-thirds of Americans have seen their dentists in the last 12 months. That’s bad for their teeth, and it may also be bad for their heart. That’s because there’s a link between what’s going on in your mouth and what’s going on with your heart. We’ve known for a while that if you have periodontal disease, a common infection that leads to swollen, red and tender gums, you are 49 percent more likely to have a heart attack.

How can an infection in your mouth increase your risk for heart disease?

Researchers have found several possible reasons, including bacterial invasion from the mouth into the bloodstream and inflammatory substances produced by the bacteria. When the body fights the bacteria that cause gum disease, it raises inflammation throughout the body — and systemic inflammation can increase your risk for a host of problems including type 2 diabetes, rheumatoid arthritis, osteoporosis, Parkinson’s, Alzheimer’s, psoriasis and respiratory infections.

So does periodontal disease cause heart disease?

Currently, most research shows only an association between the two, though one study published in 2016 showed evidence of causality. Some researchers suggest that the link may exist due more to lifestyle choices like poor diet and smoking than to any potential cause and effect relationship. Basically, if you make regular, unhealthy decisions, you’re likely to damage your dental health AND your cardiovascular health.

How Having Bad Teeth is Linked to Heart Disease

There is a lot of research going on that may prove a stronger link than just lifestyle choices. I think there’s more than just a causal association. Let me tell you about a patient of mine. Let’s call him Bob. A few years ago, Bob joined my Baltimore MDVIP-affiliated practice after suffering a stroke. A 75-year-old retired professional, Bob was still dealing with side effects, including slow processing time, brain fog and problems with word-finding. More than anything, Bob was deathly afraid of having a second stroke. As a doctor in the MDVIP national network, my new patient had heard that I had the time and tools to treat cardiovascular disease aggressively.

Even though he was already on a cocktail of drugs typical of a stroke survivor — a blood thinner, an ace inhibitor and a statin — I wanted to look deeper. I took another look at his cholesterol numbers, we tested Bob for inflammation and we even looked for a common genetic marker that can influence high cholesterol levels. While I was able to address his cholesterol levels with a different statin and make diet changes appropriate for his specific genetics, Bob’s inflammation was actually getting worse.

Inflammation is a natural part of our immune response, but like cholesterol, too much of it can cause problems in your cardiovascular system. When cholesterol deposits build up inside your blood vessel walls, your immune system sees this substance as a foreign invader and sends white blood cells to gobble it up. This creates plaque. If the plaque ruptures, it can lead to a blocked artery — which can cause a stroke.

So, what was causing this inflammation?

It turned out Bob had periodontal disease, which was revealed when I performed a salivary diagnostics test on him. The test turned up multiple periodontal pathogens (the “bad bacteria” that cause disease). The good news is that Bob’s dentist helped him clean up this periodontal disease, and over the next four months, all of Bob’s inflammatory markers fell dramatically. Two years later, his inflammation markers are normal, and he’s doing great.

Similar Posts
Lower Inflammation to Reduce Risk of Heart Attack and Stroke / Dr. Andrea Klemes / February 14, 2018
Could you have a heart attack? Reduce your odds through these tips / January 28, 2019
Your Doctor Can Help You Control Heart Disease Risk Despite Your Genetics / Janet Tiberian, MA, MPH, CHES / January 18, 2019
About the Author

Dr. Reisinger is MDVIP’s Associate Medical Director. He practiced for 35+ years as a board-certified internal medicine specialist with a heart for people, a focus on prevention and a desire to see primary care delivered the way it was intended. Serving as a member and subsequent chairman of MDVIP’s medical advisory board, he has helped to lead the clinical direction of the organization since 2008 and has been a passionate advocate for aggressive cardiovascular prevention in our network.

Integral to his calling is his commitment to improving patient care, and he is resolute in the need to foster enhanced collaboration between the medical and dental communities. He has lectured nationally on cardiovascular disease prevention. Dr. Reisinger has embraced the mission of changing the outcome of CVD, the leading cause of death in the world… “because we can.”

View All Posts By A. Alan Reisinger, III, MD, FACP