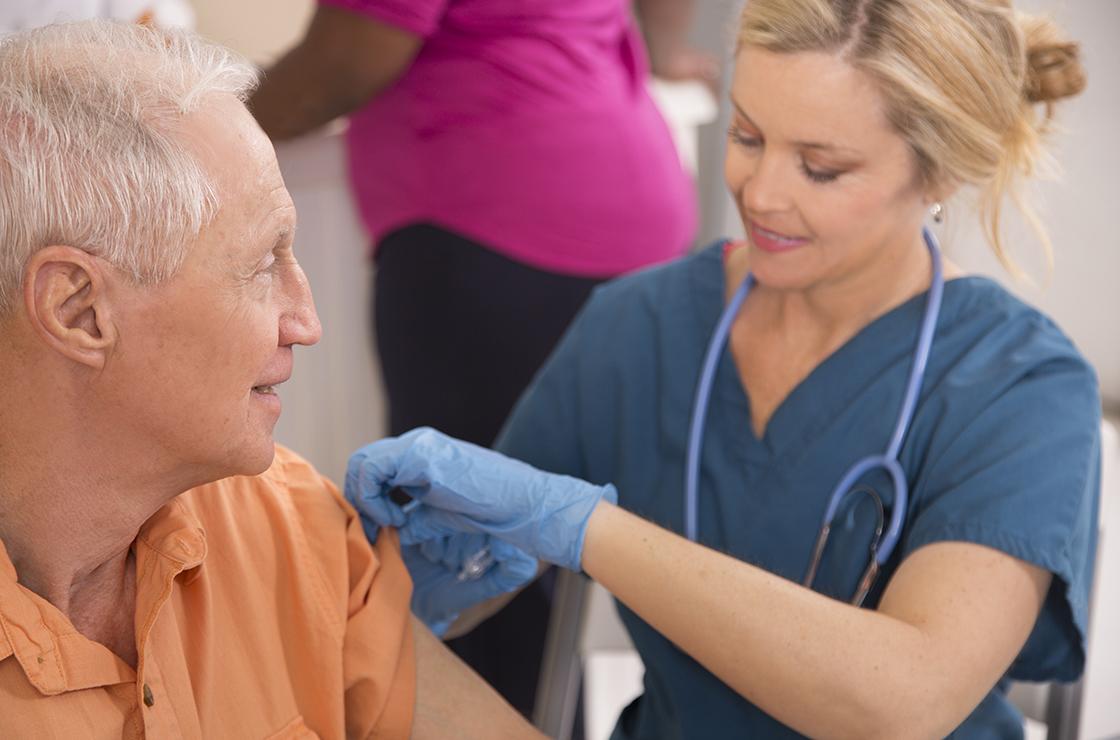 Influenza, commonly referred to “the flu” is a highly contagious respiratory virus with many different strains. Flu shots are an obvious strategy to help prevent the flu, yet only about 40 percent of Americans get a flu vaccine each year, according to the Centers for Disease Control and Prevention.

Maybe you skip the flu shot because you’re wondering if you get sick from the flu shot. Or you feel the vaccine doesn’t work. There are a few misconceptions regarding flu shots and here are the facts behind them.

Flu shots are best method of flu prevention, lowering your risk of contracting the flu between 40 and 60 percent. Why not 100 percent?

Vaccines tend to work better against A (H1N1) and B strains of influenza but are less effective in fighting the A (H3N2) strain. During the 2018-2019 flu season, the dominant flu strain of flu was H1N1 until March 2019, when it flipped to H3N2, leading to more serious symptoms and hospitalization compared to H1N1.

And some years, a strain may not be included in the vaccine. The World Health Organization (WHO) leads the world’s influenza control efforts by having scientists throughout the world collect viral surveillance data to detect new strains, track how quickly the strains are spreading and what type of patients are being affected.

Scientists from the five national influenza centers, including the U.S. Centers for Disease Control and Prevention (CDC), analyze the data to predict the predominant strains for upcoming flu season. Scientists meet two more times after this to determine the flu vaccine composition for the northern and southern hemispheres.

Once the composition is agreed upon, WHO or CDC provides private manufactures with the viruses for creation of an FDA-approved vaccine that can kill the identified strains for that flu season. However, if scientists can’t find a way to safely kill a strain, that strain won’t be included in the vaccine.

Misconception: You Can Get the Flu from a Flu Shot

If you’re concerned that the flu shot is safe, you can put your mind at ease. Manufacturers use an inactive form of the flu, not the live virus. Here’s an overview of what's in a flu shot and how they're made:

Misconception: Everyone Should Get a Flu Shot

Flu shots benefit most people, but not everyone. Your doctor may advise against it if you’re allergic to eggs, gelatin or antibiotics, or if you have Guillain-Barre Syndrome or a bleeding disorder. Here's who should be getting flu shots »

And if you skip the flu shot because you’re scared of injections, good news may be on the horizon. Researchers created a flu vaccine patch that seems to work as well as injections. Learn more about the flu patch

Recent posts
Sudden Cardiac Arrest: It’s More Common in Men, But Women Have Lower Survival Rates
Take Precautions Against RSV – One of the Tripledemic Viruses
5 Ways to Live Younger Longer
8 Ways to Maintain Your Mobility as You Age
5 Tips for Managing Arthritis Pain
categories
Primary Care
FIND A DOCTOR NEAR YOU
Physician Locator