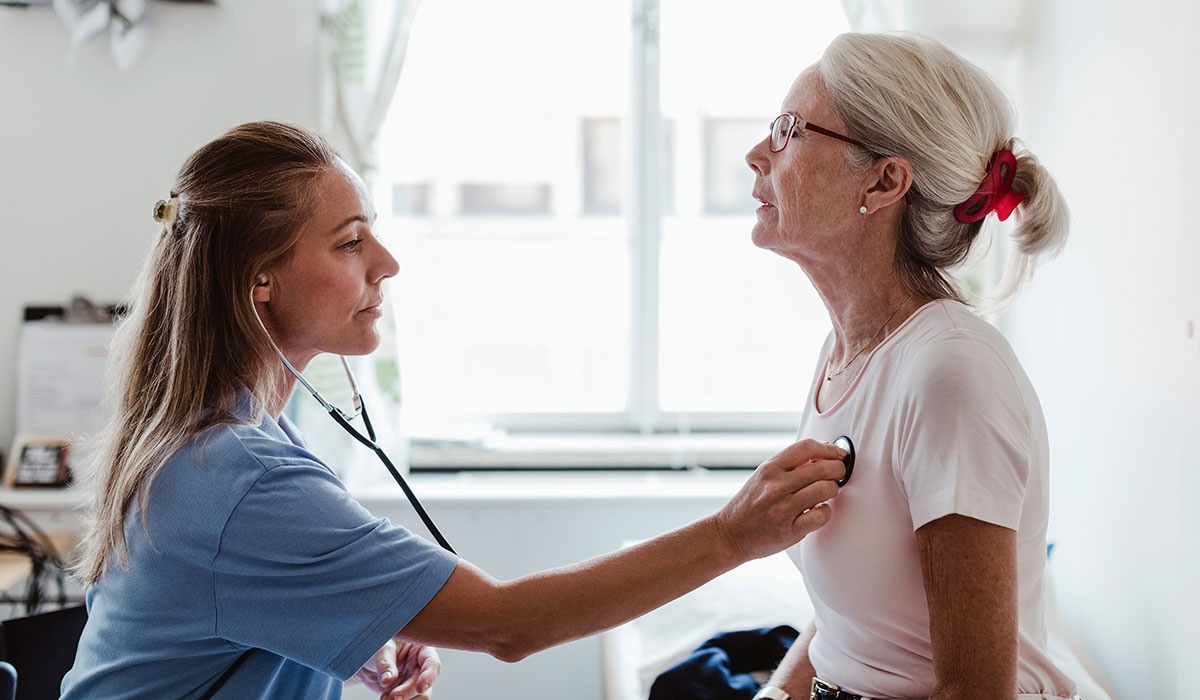 Traditionally, women have been concerned about women’s related health issues – breast cancer, reproductive health, urinary tract infections and osteoporosis. These are legitimate concerns that women should address and discuss with their doctors.

But many women fail to consider other serious conditions like heart attack, stroke, type 2 diabetes and Alzheimer’s disease – and they put less effort into preventing these diseases. Unfortunately, that’s short-sighted: Heart attack kills more women than breast cancer, for example. Stroke and Alzheimer’s are the fourth and fifth leading cause of death for women and diabetes is the seventh. Here’s why you should focus not just on diseases we associate more with women, but on all conditions likely to affect you.

Coronary artery disease (CAD) occurs when an abnormal amount of plaque builds up in the coronary arteries, causing the arteries to narrow and limit blood flow to the heart. Risk factors for women and men include obesity, sedentary lifestyle, smoking, poor diet, high blood pressure, high cholesterol levels, type 2 diabetes and family history. But women have additional risk factors that men don’t have. Endometriosis, for instance, raises the risk for developing CAD by 400 percent for women younger than 40, according to the Cleveland Clinic. Polycystic ovarian syndrome and high blood pressure during pregnancy also raise the risk for CAD.

And if a woman develops CAD, it’s generally more difficult to diagnose. An angiogram is commonly used to diagnosed CAD. Angiogram is a type of X-ray used in conjunction with a cardiac catherization -- procedure in which a long thin tube (or catheter) is inserted into a blood vessel and threaded through to the heart. Angiograms with a cardiac catherization detect narrowed or blocked blood vessels in the large cardiac arteries. However, CAD in women often affects small arteries -- not detected on angiogram, resulting in their condition going undiagnosed and untreated. This is a big problem, as CAD is the leading cause of heart attacks and a major cause of strokes.

Estrogen also helps stave off heart disease, so women tend to be older than men at their first heart attack. In fact, 70 is the average age for a heart attack in women, while it’s 66 for men. The older age often leads to longer recovery time and more complications.

Women also experience different heart attack symptoms than men. As a result, heart attacks are often dismissed as stress or misdiagnosed for another condition and treated incorrectly.

Finally, women are more likely to have a blood clot after a heart attack than men, yet doctors often don’t prescribe blood thinners. When you combine these variables, it’s understandable that women have a higher chance of having a second heart attack within 12 months compared to men.

“Heart attack symptoms in women often mimic a panic attack, which can cause a misdiagnosis” says Bernard Kaminetsky, MD, medical director, MDVIP. “It’s important for women to understand the symptoms they may have during a heart attack and advocate for proper testing such as electrocardiogram (ECG), blood tests to identify cardiac enzymes, chest X-ray, echocardiogram, angiogram and cardiac CT scan or MRI.”

Women also tend to have their first stroke at an older age than men. High blood pressure during pregnancy, use of certain types of birth control and depression (which affects more women than men) raise your risk of stroke, along with the typical CAD risk factors. Stroke is deadlier in women than in men, again probably because women are older when they have them. Stroke also is the leading cause of disability in women, according to the U.S. Centers for Disease Control and Prevention.

Type 2 diabetes is more prevalent in men than women, but women tend to develop more serious complications. Anyone with type 2 diabetes is at risk for amputation, neuropathy, retinopathy and kidney disease, but the leading complication of diabetes is heart disease, the leading cause of death among women. Studies have found that more women than men develop heart disease, kidney disease and depression along with type 2 diabetes. And after menopause, the shift in hormones often triggers a rise in blood sugar, weight gain and poor sleep, exacerbating health issues.

Many older women think they’re beyond developing a sexually transmitted infection (STI) such as human papilloma virus, human immunodeficiency virus, syphilis, gonorrhea, chlamydia, genital herpes and warts, hepatitis B and trichomoniasis. But the reality is: if you are involved in non-monogamous, sexual relationships, you are. STIs are more common older Americans now than in previous generations because drugs like Viagra are available. And your risk is higher for contracting one of these infections if you’re older and engage in unprotected sex. That’s because your immune system weaker, making it more difficult for you to fight off these infections. Doctors often skip screening for these infections once you hit a certain age, which means if you’re at risk, practice safe sex and use a condom.

If you’re high risk for an STI, let your doctor know if you’re experiencing abnormal vaginal pain, itching, discharge, bleeding, rashes or soreness, as well as changes in urination, Kaminetsky says. “And discuss prevention, screenings and treatment with your doctor.”

Many people are under the assumption that genes dictate your risk for developing Alzheimer’s disease and other forms of dementia. However, studies suggest that gender plays a role. Recent research found women’s brains, compared to men’s, have:

“More research is necessary, but at this point, researchers think hormones play a role in how women’s and men’s brains age,” says Kaminetsky.

If you are concerned about the status of your brain health, take MDVIP's brain health quiz »

You can help lower the risk for developing these conditions and/or serious complications by working with your doctor to live a healthy lifestyle, which includes eating nutritious diet, exercising regularly, managing weight, cholesterol and blood pressure, controlling stress, limiting alcohol consumption, avoiding tobacco, getting adequate sleep, practicing safe sex and staying up to date with early detection screenings. If you don’t have a physician, consider working with MDVIP. Find a physician near you and begin your partnership in health »