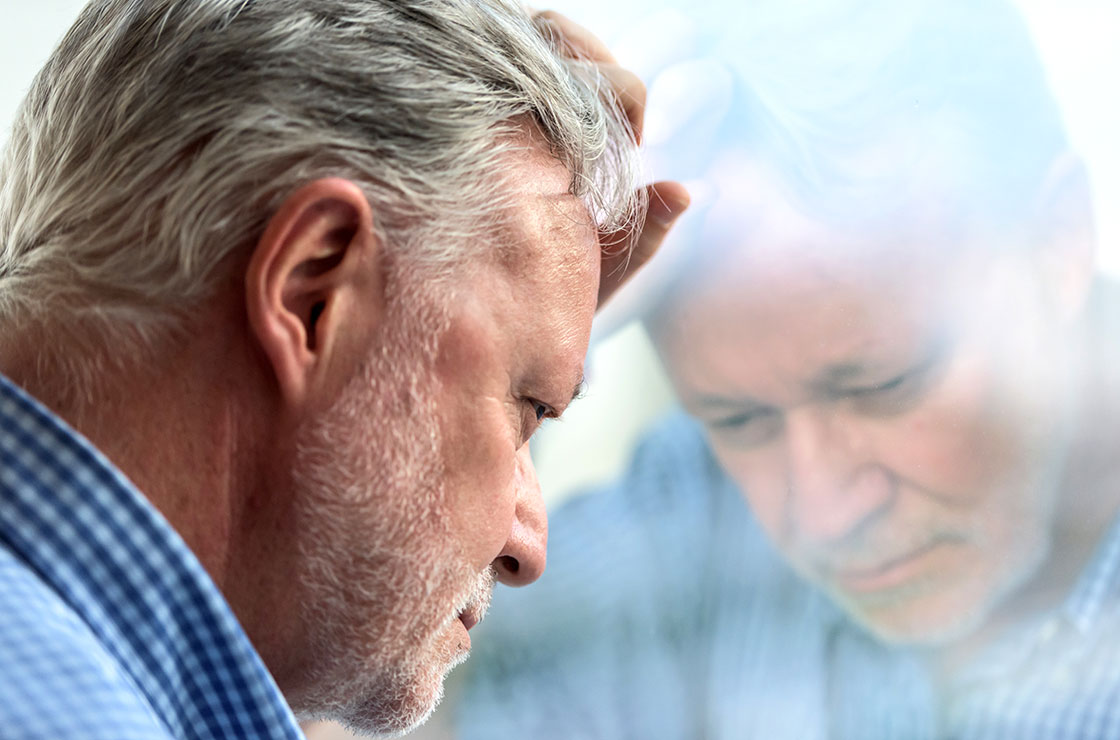 Following the DASH diet seems to reduce your chances of developing depression, according to preliminary study presented at the American Academy of Neurology’s 70th Annual Meeting.

About 40 million American adults suffer from depression, and it’s particularly a problem among older adults. A recent Gallup poll reported that one in seven baby boomers are being treated for depression.

Uncontrollable life changes experienced in the latter part of your life can trigger depression. But experts believe the true culprits in depression are memory loss, structural changes in the brain, high cholesterol, high blood pressure and neurotransmitter deficiencies that develop as you age. And just like many other conditions, you can take some steps to ease -- possibly even prevent -- it.

“The basis of depression is neurological changes, so for years depression was considered unpreventable,” says Bernard Kaminetsky, MD, medical director, MDVIP. “But researchers are now having a change of heart. Some studies suggest lifestyle might be able to lower your risk.”

Researchers at Rush University Medical Center followed 964 patients, predominantly women, with an average age of 81, for more than six years. Participants were assessed on an annual basis for signs of depression and asked to complete dietary questionnaires.

Researchers evaluated participants’ diets and divided them into three categories based on how closely their diets adhered to a Western diet, Mediterranean diet, MIND diet or the DASH diet. After analyzing the data, researchers found:

• DASH (Dietary Approaches to Stop Hypertension) diet followers had an 11 percent lower risk of developing depression than the other groups.

The DASH diet was created in the late 20th century by the National Heart, Lung and Blood Institute as a non-pharmaceutical approach to controlling high blood pressure – an epidemic in the United States. The well-balanced diet includes fruits, vegetables, low-fat dairy, lean protein and whole grains. Studies have found it helpful in lowering blood pressure and bad cholesterol.

The study results were based on observation. Researchers don’t completely understand the link between the DASH diet and depression. However, the study’s author speculates that the food you eat affects all your organs, including your brain.

“I believe the study is the first of its kind and more research in this area is needed. But it’s a step in the right direction. I’d much rather help my patients adopt a healthier diet, which can have profound effects on their health, as opposed to writing a prescription,” says Kaminetsky.

Before making any dietary changes, talk to your MDVIP-affiliated physician. Looking for a primary care physician? Physicians in MDVIP-affiliated practices can customize a wellness plan for you that includes preventing and controlling depression. Find an MDVIP affiliate near you and begin your partnership in health »