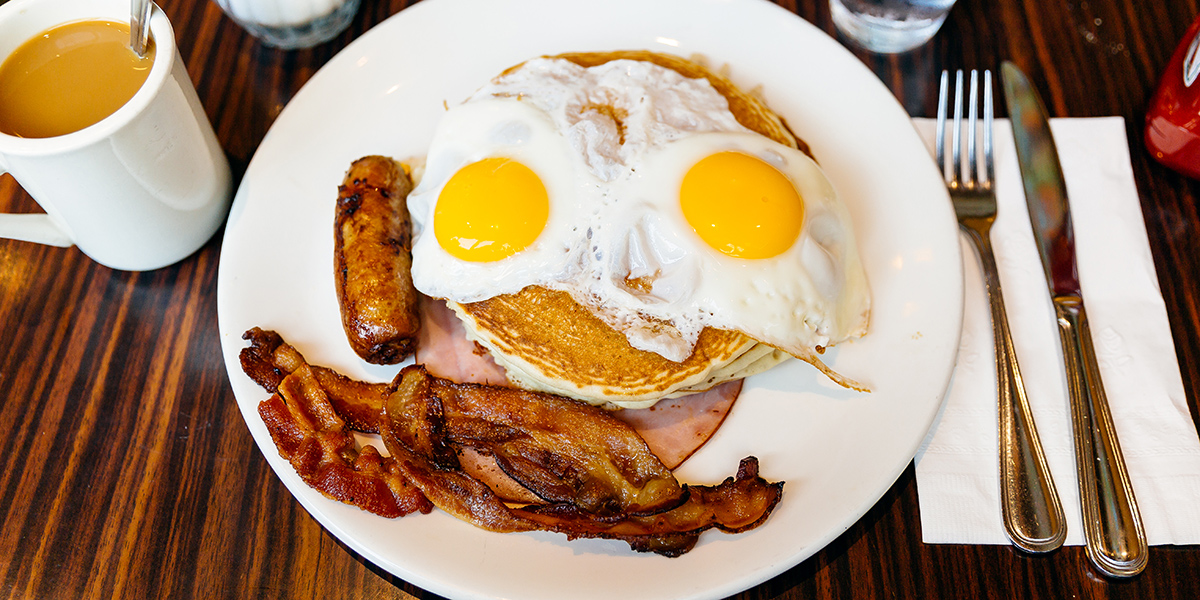 When you’re stressed out, indulging in your favorite, high-fat comfort foods may hit the spot. But doing so may interfere with your ability to concentrate, according to a study published in The American Journal of Clinical Nutrition. The Ohio State University researchers found that just one meal high in saturated fat can impair your focus.

The primary goal of this small study was actually to determine if leaky gut syndrome (LGS) interfered with the ability to think. LGS is a digestive condition that affects the lining of the intestines, causing gaps in the intestinal walls that allow bacteria and other toxins to pass into the bloodstream. These toxins trigger the immune system and systemic inflammation. Although the legitimacy of LGS is not fully accepted by the medical community, some studies suggest that LGS can cause acne, food sensitivities, fatigue and digestive issues and may have ties to Celiac disease, type 1 diabetes, Crohn’s disease, irritable bowel syndrome and food allergies.

“Researchers set out to answer if eating certain types of fat interfere with the cognitive skills of people with LGS,” says Bernard Kaminetsky, MD, medical director, MDVIP. “Yet the study results wound up applying to many people.”

For the study, researchers recruited 51 women with an average age of 53 and divided them into two groups. Both groups completed 10 minutes of continuous performance testing (CPT) through computer-based activities. CPT is a type of neuropsychological test that measures an individual’s sustained attention on a continuous activity or thought and reaction time. These tests provided researchers with a baseline assessment of participants’ attention span skills.

Fasting blood samples also were taken to verify if participants’ blood contained an inflammatory molecule associated with endotoxemia -- a toxin that seeps from the intestines into bloodstream when the lining of the intestines is damaged (or in other words – leaky gut).

After testing, both groups ate a meal comprising eggs, biscuits, turkey sausage and gravy. It mimicked various fast food meals, racking up 930 calories and 60 grams of fat. However, group one’s meal was prepared with a palmitic acid-based oil (high in saturated fat), while group two’s meal was cooked in sunflower oil (high in unsaturated fat). Five hours later, participants had another round of CPT.

Results showed concentration lapses among women in both groups, regardless of the type of fat they ate or if inflammatory markers were detected in their blood. For instance, participants’ ability to notice target stimuli in the test fell by 11 percent. And participants with inflammatory markers performed tests more erratically and had a more difficult time focusing during the 10-minute CPT.

Researchers acknowledge the study results are not able to show what’s happening in the brain. But they believe it supports previous research that found foods high in saturated fat can raise inflammation levels throughout the body and possibly the brain. And that fatty acids may be able to cross the blood-brain barrier – a protective, semipermeable border of cells around the brain that allows nutrients to reach the brain while blocking out infection-causing pathogens.

“Obviously more research is needed but results from this study indicate foods high in saturated fat can interact with your brain, particularly if you have you have GI-related health issues,” Kaminetsky says. “My suggestion is to pay attention to your attention span following a meal high in saturated fats. If you notice your thinking is slower or inconsistent, discuss it with your doctor.”

Don’t have a doctor, consider partnering with MDVIP. MDVIP doctors have the time to work with you to help you develop a personalized wellness plan that can focus on improving your diet and health. Find a physician near you and begin your partnership in health »