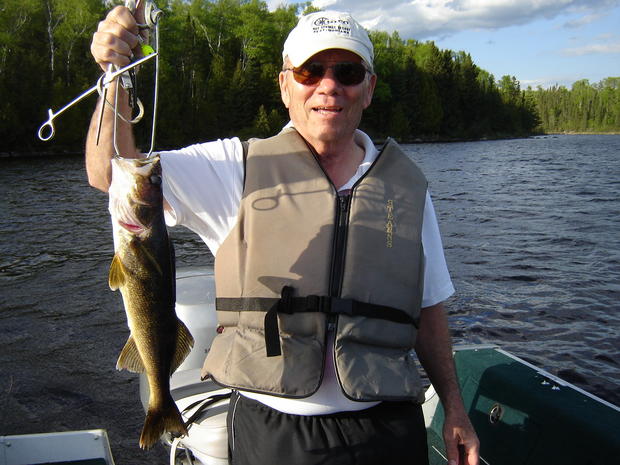 When John Bach walked into Dr. Michael Monaco’s office, the doctor was very impressed with the man he saw. Mr. Bach, who’d always struggled with his weight, had lost more than 40 pounds. His body mass index – or BMI – improved, taking him from a 42-inch to a 34-inch waist. His cholesterol and A1C, or blood sugar, were lower. Aches and pains he’d long complained of in his knees and back seemed to have disappeared. His wife even said his snoring was almost gone. “The result was phenomenal,” exclaimed Dr. Monaco.

“I was over-excited to share the good news with Dr. Monaco. It was because of him and the practice that I lost the weight!”  Mr. Bach explained that he had tapped into the new MDVIP Connect online program which provided him with a 28-day meal plan with recipes that he and his wife simply followed and the weight fell off easily.

What moved Mr. Bach to change his life? For one thing, a childhood friend near to his age passed away. For another, Dr. Monaco gently warned Mr. Bach that his “girth” was putting him at “moderate to high risk” for heart disease or diabetes. “That was such a wake-up call,” Mr. Bach says.

“That can be powerful to hear,” says Dr. Monaco, an internist who’s also the team physician for the Kansas City Chiefs. “I’m my patients’ coach, too. Every patient knows exactly where I stand on their health when they leave my office. It’s very possible he heard my voice in the back of his mind.”

How’d he do it?  Mr. Bach, 71 and a retiree in Overland Park, Kansas, downloaded the nutritional tool on MDVIP Connect and customized the plan to fit his needs, targets and tastes—and he stuck to it. He snacked on fruits, and vegetables, ate no meal portions larger than his fist, drank 12 glasses of water daily and walked five times a week. Within five months, he dropped the weight – and changed his life.

Dr. Monaco has seen other patients lose weight and improve their lives in his MDVIP practice. One nurse lost 40 pounds; another woman lost 100 pounds. Many participate in Dr. Monaco’s “Heart & Soles” group that walks every Tuesday. For his part, Mr. Bach exercises with his wife and now gets on the floor to play with their grandkids. Today, Mr. Bach is the model patient Dr. Monaco refers to when he wants to encourage patients that good health can be a do-it-yourself effort that’s just a mouse-click away.

Mr. Bach says he sleeps better, is more active and he’s started meditating. He’s also sharing his healthy eating program with his friends. And he gave away all his old, 42-inch pants.

“I am so impressed with what he has accomplished!” wrote Dr. Monaco on his Facebook page where he shared his patient’s story. “Sometimes in life we need a game plan. My patients make their health a priority and we work together to help them achieve their wellness goals,” he says. “Here’s a man who did just that, and the results are fantastic.”

Recent posts
Sudden Cardiac Arrest: It’s More Common in Men, But Women Have Lower Survival Rates
Take Precautions Against RSV – One of the Tripledemic Viruses
5 Ways to Live Younger Longer
5 Tips for Managing Arthritis Pain
8 Ways to Maintain Your Mobility as You Age
categories
Lifestyle
Obesity
FIND A DOCTOR NEAR YOU
Physician Locator