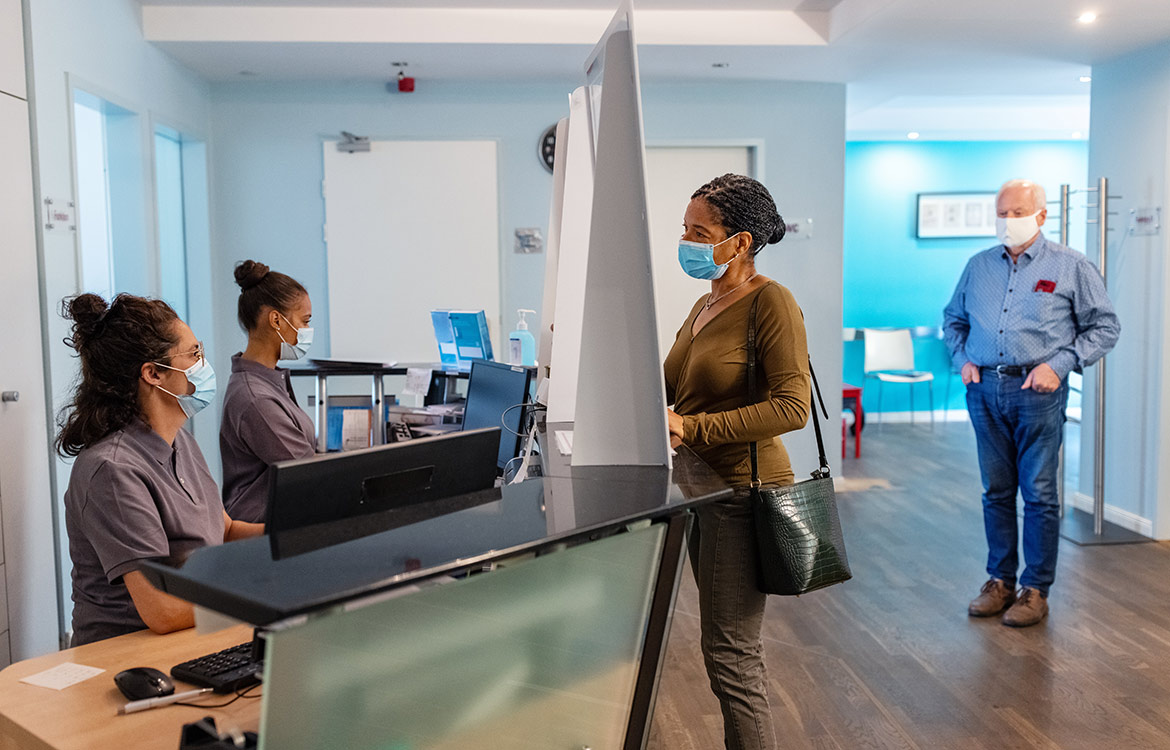 For many Americans, getting one of the two currently approved COVID-19 vaccines has become an exercise in frustration. Distribution challenges, not enough vaccines and a tangle of federal, state and local rules have led to confusion but as many vaccinations as planned.

There are a lot of challenges which may be solved in the next few months – but probably not immediately.

There Are Not Enough Vaccine Doses to Meet Demand

Both Pfizer and Moderna began producing vaccines before they received approval. U.S. initially bought 200 million doses, enough to vaccinate 100 million Americans. Both vaccines require two doses to be fully effective. By the end of January, roughly 26 million doses have been given, a slightly slower pace than the federal government had projected. (See how your state is doing.)

Why so few? The U.S. ordered 200 million doses (and recently ordered more) but the manufacturers, even with a pre-approval jumpstart, are still producing those doses. The federal government had delivered 47 million doses to states by the end of January. But that doesn’t mean 47 million doses have been given. Some states are holding doses in reserve to give vaccine recipients a second shot — recipients have to wait between three and four weeks between doses.

Help is coming. The Biden administration recently announced additional purchases of vaccines and says it plans to start delivering 10 million vaccine doses to states each week up from 8.6 million.

No Infrastructure at the State Level

States are doing mass vaccinations for the first time. Even though they began planning in early fall, each state is essentially creating a new distribution system and each state’s approach is different. Some states are using hospitals to distribute vaccines; others are using health departments. Some initially planned to give vaccines to primary care doctors but have since pivoted to pharmacies.

Most states did not budget for vaccine distribution. In fact, a portion of the COVID-19 Congressional relief funding is allocated to states to help them offset distribution costs. States just began receiving this funding a couple of weeks ago.

When Can I Get My Vaccine?

The answer to this question depends on your current age, profession and health status. Frontline medical workers, first responders and long-term care facility residents were prioritized initially, though many states have opened up vaccines to older residents, particularly those over 65. Some states are also vaccinating high-risk residents who fall outside those groups.

As more vaccines become available, states will allow more groups to get vaccinated. But those decisions are being made at the state level. (See who is eligible in your state.)

More vaccines should be available soon. In addition to more doses from Pfizer and Moderna, two new vaccine manufacturers, Johnson & Johnson and AstraZeneca, are expected to apply for approval in the coming months. In particular, J&J’s vaccine may help with the shortage because it’s expected to be a one-dose inoculation.

Similar Posts
Vaccines: How They're Developed, How They Work and When We Can Expect a COVID Vaccine / Dr. Andrea Klemes / July 22, 2020
If I’ve Had COVID, Should I Get a Vaccine? And Other Questions About the New Vaccines / December 9, 2020
Two Coronavirus Vaccines Are 95% Effective, But When Can You Get One? / November 11, 2020
About the Author

Recent posts
Take Metformin? Here’s a Bright Spot: It Can Reduce the Risk of Death If You Have COVID-19 and Diabetes
New Dietary Guidelines May Mean New Nutritional Advice from Your Doctor
Concerned About Cancer? Work with Your Primary Care Physician
CDC: Double Masking Improves COVID-19 Prevention Efforts
5 Dietary Trends for 2021
categories
Primary Care
Infectious Disease
FIND A DOCTOR NEAR YOU
Physician Locator