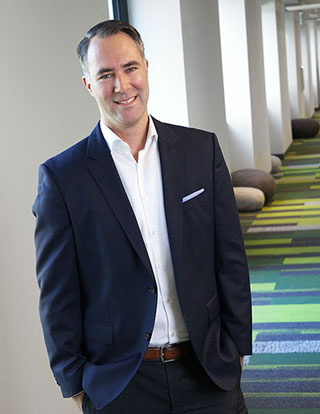 At the helm of consumer marketing strategy and communications, Chris is laser-focused on growing MDVIP’s brand as the leader in personalized primary care.

“Lots of brands talk about transforming lives but we deliver through our affiliated doctors every day,” Chris says. “We live up to our purpose: Making Healthier Lives Happen.”

Being able to market a deep doctor-patient relationship personally resonates for Chris; when his father turned 60, he announced that no Lillich male had ever reached that age. “It was a wake-up call that heredity is a strong thing, and to live long and healthy, we need to be proactive, not reactive.”

Chris’s MDVIP-Affiliated Physician:
Joel I. Silverman, DO, FACP
Affiliate since 2012

His MDVIP physician ‘wow moment’:
"After meeting Joel for the first time and talking about my ailments as a competitive runner, he texted me, suggesting a specific type of running shoe and compression socks for a calf issue that had me grounded. Joel had partnered with me to keep me competing. Because he has time, he’s able to gain an in depth understanding of what’s important to me -- the patient. "

Chris has been shining new light on leading products and services across a broad range of brands during his 20-year career. He joined MDVIP from Procter & Gamble, including leading the marketing for P&G’s North America laundry business, home to Tide detergent with annual sales of more than $3 billion. While at P&G, Chris also worked in the global New Business Creation group where he led efforts to create new products, services, and business models in developed and developing markets. Chris also played leadership roles in fundraising for the Cincinnati United Way and Fine Arts Fund.