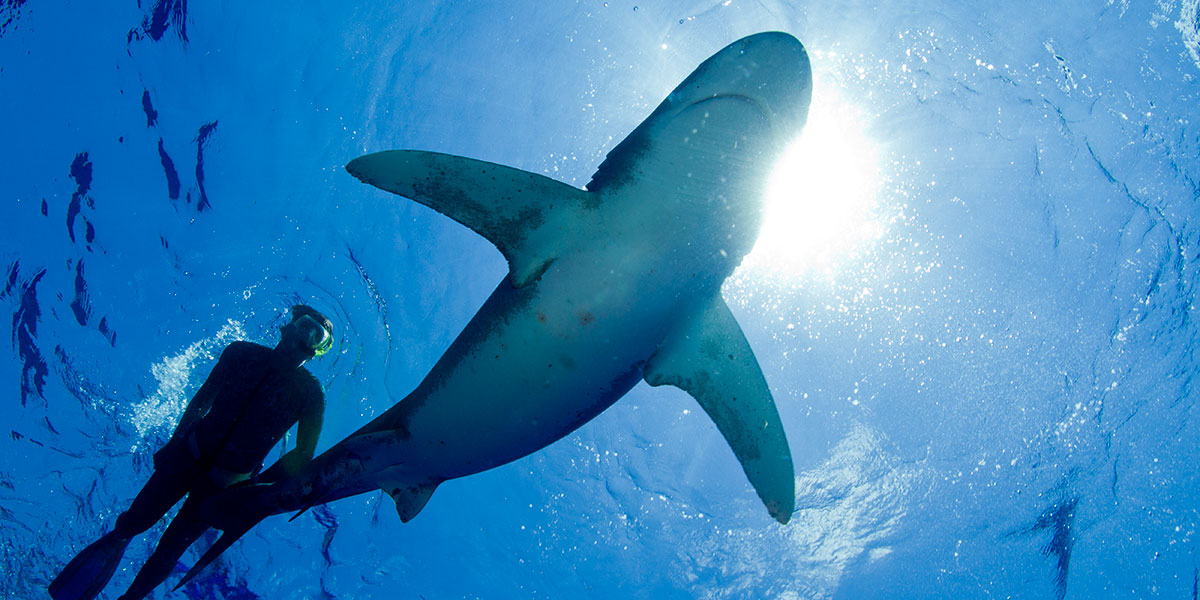 There’s no avoiding risk in life – or even on an ordinary day. When you get in the shower, you could slip. If you text when you drive, you could hit the car in front of you.

These are the sorts of risks we are willing to take (or not take) without hesitation, without anxiety, without calling others for advice. After all, most falls among people 65 and older happen in the bathroom, yet most seniors aren’t afraid to shower.

We tend think less rationally about unusual risks, like sharks, “toxins” or rare diseases. Despite the fact that they’re not likely to affect us, in general we fear them. Meanwhile, many of us don’t have enough concern for major risks to our health, such as type II diabetes.

For a more black-and-white risk assessment: There are usually fewer than 100 shark bites worldwide every year, according to the Florida Museum of Natural History. New diabetes diagnoses in the U.S. alone reached 1.5 million in 2018, according to the Centers for Disease Control and Prevention (CDC).

Why does it matter if you have an outsized fear of unlikely events? Anxiety is a big reason. It’s not a harmless emotion, but rather one that has been linked with several negative health consequences and even an increased risk of death.

Plus, why spend the energy worrying about improbable things when there are plenty of real risks that you can address in some way to be healthier and ultimately happier? Some you can accept, some you can avoid, and some you can improve.

1. Risks you can accept, with caution.

Let’s continue with the fear-of-sharks example. Statistically speaking, you’re more likely to die from almost anything besides a shark bite. And we really do mean anything: an avalanche, a tipping vending machine, a dog attack – even an attack by a mammal that isn’t a dog.

Put another way, the chance of a shark attack is just about zero.

If you’ve long been afraid to swim in the shark-inhabited ocean, perhaps now you can reconsider it. That goes for other relatively safe activities that commonly trigger fear, from camping to air travel.

There are risks to every choice. You should probably accept those small risks likely to bring you joy (splashing around in the ocean, for example) and not stress too much about them.

2. Risks you should avoid.

Think of the risks-to-avoid list in in terms of events, behaviors, and activities that are virtually guaranteed to cause harm in the form of disease or injury. A short list:

And don’t forget the risks of driving without a seatbelt, while texting or under the influence. Research suggests you shouldn’t even drive after just a couple drinks. A 160-pound person who has two, 12-ounce beers within an hour is 1.4 times more likely to get in a car accident than a completely sober driver, according to a study in the Journal of Studies on Alcohol and Drinking.

To truly understand your unique health risks, talk to your doctor about these topics as they relate to your life, from how much you really drink to safe sex in your senior years.

Risks you can control. Health risks seem especially troublesome when you hear about them on television or when they affect people you know. Try to keep in mind that risks for the general population, or even your circle of friends, may not be your health risks.

Instead of fretting about the world outside your doorstep, talk to your doctor about ways to improve your own modifiable risk factors. According to the National Institutes of Health, these include:

Optimizing your habits in these areas can reduce your risk of both serious diseases, including cancer, arthritis and diabetes; and minor problems like colds, bumps, and muscle strains. They may even lower your risk for complications from pandemics like COVID-19 – and pandemics we don’t haven’t heard about yet.