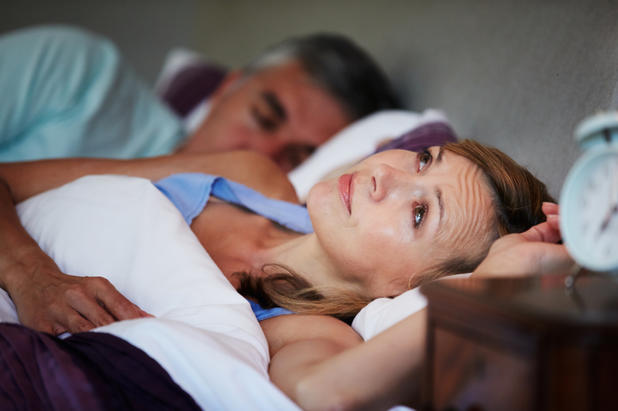 Sleep deprivation is a major problem in the United States, as almost 50 percent of Americans report occasional insomnia and close to 25 percent struggle with sleep on a nightly basis. In fact, the U.S. Centers for Disease Control and Prevention have declared insufficient sleep as a public health epidemic.

For years, sleep deprivation has been associated with raising the risk of numerous health conditions such as obesity, diabetes, cardiovascular disease and certain types of cancer.  Now, a study recently published in the online edition of Neurology suggested that poor sleep may be linked to dementia.

Investigators tracked the oxygen levels of 167 elderly Japanese men as they slept. Data was collected on each man until he died, which on average, was six years. Autopsies followed, looking for signs of Alzheimer’s disease and Lewy body dementia (the second most common type of dementia). Results suggested:

Although some brain microinfarcts and atrophy are a part of the normal aging process, researchers have noticed that these changes are much more common and severe among people struggling with dementia.

Sleep deprivation can still lead to cognitive issues whether it is related to sleep apnea or another disorder.  If you are struggling to get a good night’s sleep, consider:

Starting or revamping an exercise program - your MDVIP-affiliated doctor can work with you to develop a fitness program that may help alleviate the symptoms of various illnesses, including sleep apnea and chronic obstructive pulmonary disease. While physical activity has been associated with better sleep for some time, recent research suggests that it may help control insomnia.

Managing blood sugar - this is often easier said than done, as your MDVIP-affiliated physician may counsel you on dietary changes, suggest that you add some exercise into your daily routine and/or prescribe medication. Normal blood sugar levels are important because scientists have found relationships between diabetes and sleep deprivation, sleep apnea and Alzheimer's diseases.

​​Controlling pain – results from the 2015 Sleep in America™ Poll identified pain is a major factor in sleeplessness. If pain is keeping you up at night, consult your MDVIP-affiliated physician to help you find the most appropriate course of pain management for you.

Taking medications as directed - the World Health Organization reports only half of the people diagnosed with a chronic disease in a developed nation adhere to their physician’s recommended treatment. Your MDVIP-affiliated physician can review your medications and help you stay on track with taking them as directed. A poorly controlled illness can lead to sleep deprivation and additional complications.

Limiting alcohol consumption - a glass of wine after dinner can be relaxing and may help you fall asleep. However, having too much alcohol can interfere with rapid eye movement (commonly known as REM). This phase of sleep is critical to feeling rested and when it is interrupted, it can cause you to awaken throughout the night. It is best to limit alcohol consumption as one drink per day for women and two drinks per day for men; further, avoid drinking several hours before going to sleep.

Eating a late night snack - a light, healthy bite may help you sleep better if it contains the following:

Getting help for depression and anxiety – if emotions such as sadness, hopelessness and stress interfere with normal sleeping patterns, let your MDVIP-affiliated doctor guide you towards the most appropriate treatment, which may include controlling your blood sugar, as new research from Harvard Medical School found a connection between diabetes, anxiety and depression.

Discussing sleep apnea - many people suffer with undiagnosed sleep apnea because they do not recognize the symptoms. Consult your MDVIP-affiliated doctor if you:

​Adding meditation to your bedtime routine – some experts suggest meditating before bed, as it promotes relaxation and prepares the body for sleep.