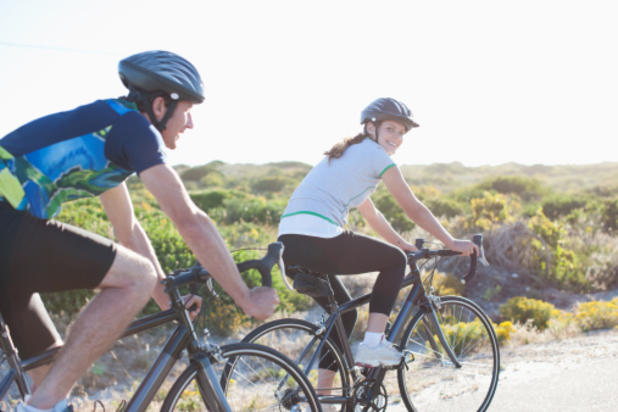 (BPT) - What will your life be like when you turn 100? A century ago the question seemed almost flippant, a needless consideration for most people, but today it's very real. The percentage of people living to 100 has grown almost 66 percent in the last 30 years, according to U.S. News and World Report.

However, these findings come at a time when the life expectancy of Americans has declined for the first time in two decades and one in two adults is living with at least one chronic disease.

"To reach their longevity goals, Americans can no longer afford to put their health on the back burner," says Dr. Andrea Klemes, chief medical officer at MDVIP. "Most people don't wait until they're 60 to start saving for retirement. The same should go for their health, where making small investments today can pay big dividends many years down the road."

Many chronic conditions, such as high blood pressure, heart disease and Type 2 diabetes, are preventable through simple lifestyle changes. Still, nearly two out of three Boomers and Gen Xers admit they could be doing a better job of exercising regularly, eating well and maintaining a healthy weight.

The key to greater longevity is prioritizing your health now — when you’re well — to prevent problems later on. Whether you’re age 38 or 68, arm yourself with the right knowledge and tools to set realistic health goals and help you stay on track to achieving them.

You can start today by asking three questions:

When’s the last time you had your blood pressure or cholesterol levels checked? Maintain a current record of your vitals and lab results along with your family history. Make sure you discuss these details with your doctor, who can help identify your risk for certain conditions and suggest lifestyle changes based on the results.

For example, if you know you have pre-diabetes or are at a moderate risk for developing heart disease, you can work with your doctor on modifying your diet and increasing your physical activity. These data points serve as an important guide in managing your health and can be the difference between preventing an issue and treating it.

Going to the doctor is an essential component of maintaining good health but choosing the right doctor directly affects the benefit of each visit. Surprisingly, the survey revealed that one out of three Gen Xers avoid going to the doctor out of fear of finding something wrong.

It’s important to find a primary care doctor you trust, who makes you feel at ease and takes the time to know you and your medical history.

“Having Dr. Gassner on my side has been the best medicine,” says Rose Demitrack, a 101-year-old patient of MDVIP-affiliated physician Dr. Lawrence Gassner in Phoenix, Arizona. “He spends time with me and makes sure I’m doing the right things. Plus he always makes me laugh, which is one secret to staying young. I may be older than most, but I still feel young on the inside.”

In the current healthcare environment, an appointment with a doctor is usually scheduled weeks in advance, and after a long wait in the waiting room, patients often feel rushed through the visit. Patients deserve better and you should shop around for a doctor whose goal is to build a relationship and keep you well.

Whether your goal is to lose 10 pounds or to lower your blood pressure, you need a plan to get you there. “I tell my patients to think of it as a business plan for their health,” says Dr. Steven Wilson, an MDVIP-affiliated family practitioner in Redlands, California. “First determine your health goals and make them the focus of your attention. Discuss your goals with your doctor who can help you formulate a health plan for the next year and beyond.”

Once you have your plan established, it's up to you to execute it. Many people don't stick with a plan because it's hard to stay disciplined and easy to fall back into old habits. So don't be afraid to consult your doctor along the way. Your doctor is your partner in your health journey, and working together could give you a better chance at seeing exactly what your life will be like when you reach 100.

I started working with MDVIP in 2006 handling the public relations for the company as the outside agency. I came in-house in 2010 as Director of Public/Media Relations. I train the MDVIP affiliated physicians at the start of their transitions and I coach them prior to every interview they do with the media. I also work closely with MDVIP executives to help communicate the MDVIP model to reporters and journalists of all types for media opportunities--online and off-line--radio, broadcast and print. Previous to MDVIP, I worked with many different clients promoting and publicizing their products both in-house and out of house. My background covers publishing, broadcasting, entertainment, telecommunications, corporate communications, investor relations, hospitality, sports marketing and event planning. I began my PR career as a New York-based publicist in book publishing for over a decade at Macmillan, Simon & Schuster, E.P. Dutton and William Morrow included best-selling national publicity and promotion campaigns for many well-known authors and celebrities including Mick Fleetwood, Sidney Sheldon, Joseph Wambaugh, Ed McBain, Barry Switzer, Tracy Austin, Charles Grodin, Sally Jessy Raphael, Bud Collins, Pamela Des Barres and many more.

Later, I ran the Boca Raton office of Gordon Sloan Diaz-Balart, a public relations, communications and public affairs firm based in Miami, where i handled entertainment clients including the launch of the Planet Hollywood in Miami, The Three Tenors Concert Series in Miami, The Box, NARAS (Grammy Awards presentation at home of Julio Iglesias), Sylvestor Stallone’s art exhibition opening in South Beach, and hospitality and tourism clients including: New York Prime, Durango Steak House, Balans the National Hotel as well as corporate account supervisor for Paxson Communications.

Later, I served as Senior Vice President and company spokesperson for Paxson Corporate and the PAX TV network (now known as ION TV Network). I managed the media relations efforts for the launch and development of the 7th broadcast network and was part of the executive management team at PAX TV and NBC that oversaw all levels of marketing, promotion, advertising, programming, traffic and creative departments as a key player in the development of PAX TV brand, strategy and company policy. In addition, I was responsible for developing corporate and television programming public relations strategies, managing crisis communications, investor relations, all political, honorary, charitable events and press relations.

I have two daughters and two (very elderly) dogs that my husband I both adore!!