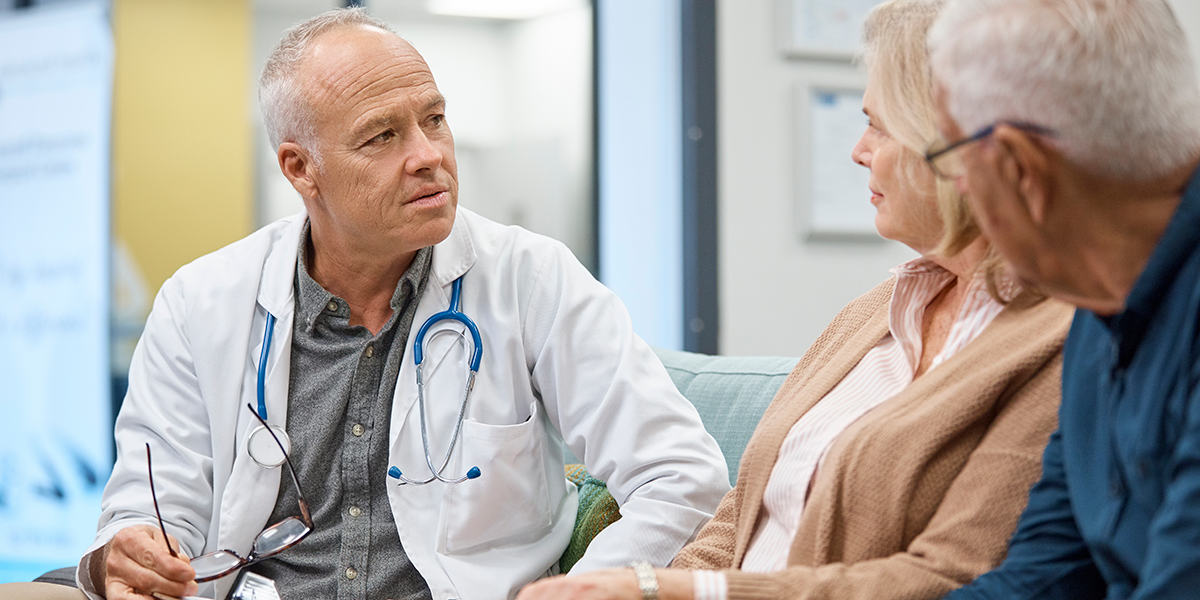 Dementia is an umbrella term for advanced cognitive impairment. It includes Alzheimer's disease and other conditions. MDVIP-affiliated physician Lara Hitchcock, MD, explains in this video.

Cognitive impairment is an umbrella term for various brain health issues associated with aging. As we get older, our cognitive skills naturally decline. If it’s truly a part of the normal aging process, you’ll be able to live independently and function very well.

But cognitive impairments and dementia are much more debilitating. They can lead to a rapid decline in cognitive health after age 65 and have a serious effect on daily functioning, memory, mobility, speech, writing and the ability to live life without assistance. Cognitive decline is broken into two categories – mild cognitive decline and dementia. Here’s a brief overview.

Mild Cognitive Impairment (MCI) is a decline in just one area of cognition — memory. Between 10 and 20 percent of Americans older than 65 live with MCI, according to the Centers for Disease Control and Prevention. The condition causes slight but noticeable memory loss. And it raises your risk for dementia – a far more debilitating problem.

It’s important to work with your doctor to help you live a brain-healthy lifestyle and address gradual memory issues. If your doctor suspects you have MCI, they’ll probably order tests, refer you to specialists and/or prescribe a treatment plan that may help alleviate symptoms and slow the progression of the impairment.

Dementia is a group of conditions that cause a progressive deterioration of cognitive skills. Common symptoms include impaired memory, reasoning, mobility and communication skills. Like MCI, dementia symptoms often develop over time, but the disease is far more complex and debilitating — severely affecting your ability to perform daily functions. Here are the most common forms of dementia.

This is a group of dementia that develops over time after the loss of nerve cells in the frontal and temporal lobes of the brain. It primarily affects the areas of the brain linked to personality, behavior and language.

This term used to describe brain damage resulting from a lack of blood flow to the brain, often caused by a build-up of fatty deposits (or plaque) along the inner lining of the arteries, raising the risk for stroke. Vascular dementia interferes with thought processes such as judgement, reasoning, planning and memory.

The sixth leading cause of death in the United States, Alzheimer's disease is the most common form of dementia. Between 60 and 80 percent of dementia cases are Alzheimer’s, according to the Alzheimer’s Association. Alzheimer’s progresses gradually and intensifies over time, resulting in confusion of time and space and causing an inability to understand and perform daily life tasks and functions. Hallmarks of Alzheimer’s disease are plaques and tangles. Plaques are abnormal protein fragments found between nerve cells, causing them to die. Plaque generally settles in the hippocampus region of the brain, which is responsible for memory. Tangles are twisted strands of protein found in dying nerve cells. They interfere with communication between nerves and how cells create and recycle proteins.

The second most common type of dementia, it stems from an abnormal buildup of proteins – or Lewy bodies — in nerve cells and regions of the brain associated with thinking, memory and movement. Because of the problems it causes with motor skills, LBD is linked with Parkinson’s disease. And like Alzheimer’s, LBD trigger plaques and tangles that are associated with memory loss. This is why LBD is considered the cousin of Alzheimer’s and many doctors have a hard time distinguishing the two diseases. As a result, some LBD patients are mistakenly prescribed Alzheimer’s medications, which does not help them. In terms of symptoms, the basic differences between the two diseases are that Alzheimer’s affects cognitive function and memory, whereas, LBD is primarily known for impairing problem solving, complex reasoning and movement. It’s common for LBD patients to experience hallucinations, memory loss, parkinsonism and sleep disorders.

If you have questions about dementia, talk to your doctor. You can help lower your risk of developing cognitive issues by living a brain-healthy lifestyle. If you don’t have consider partnering with MDVIP. MDVIP-affiliated doctors have the time and tools to develop a personalized wellness program that can help you maintain your cognitive health and reduce your risk for dementia. Find an MDVIP affiliate near you and begin your partnership in health »

categories
Neurology
Geriatrics
FIND A DOCTOR NEAR YOU
Physician Locator