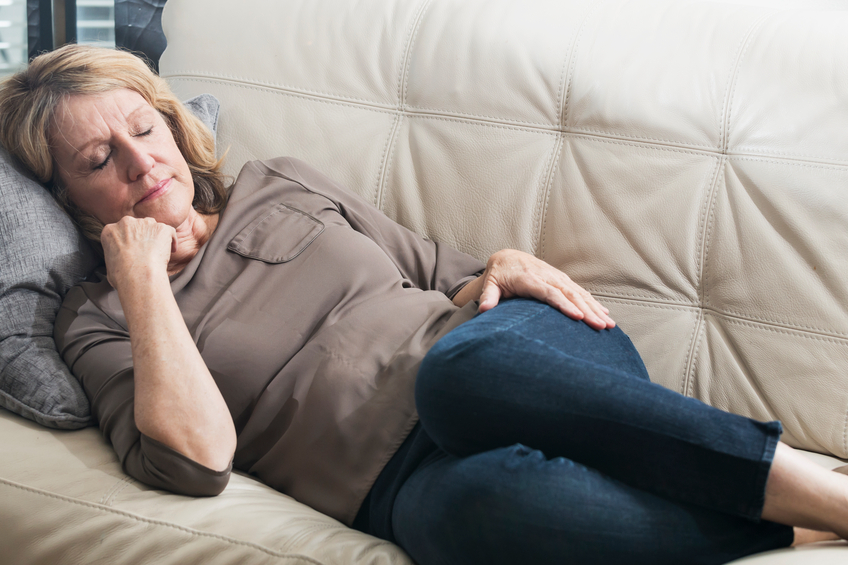 Chronic fatigue syndrome, recently renamed myalgic encephalomyelitis/chronic fatigue syndrome (ME/CFS), is a complex disorder that affects about one million Americans. According to the U.S. Centers for Disease Control and Prevention, ME/CFS can strike anyone but most often occurs among middle-aged Caucasian women.

Chronic fatigue is often mistaken for ME/CFS; yet, the two conditions are considerably different. While chronic fatigue can be long-term like ME/CFS, extreme tiredness is usually the main symptom and generally stems from stress, nutritional deficiencies, insomnia, overexertion, depression or another condition. The typical ME/CFS patient experiences a variety of symptoms that can take a toll on her/his health for decades. Here are some common symptoms, according to the Mayo Clinic.

Because ME/CFS lacks a specific test to diagnose, and its symptoms mimic those of other conditions, doctors often conduct a variety of screenings to rule out other illnesses before settling on an ME/CFS diagnosis. To complicate matters, a handful of conditions often occur with ME/CFS such as:

For years, the only possible cause linked to ME/CFS was stress. However, three recently published studies have shed new light on potential triggers.

Scientists from the U.S. Centers for Disease Control and Prevention and U.S. Department of Health and Human Services found a connection between early menopause and ME/CFS. It is unknown if ME/CFS causes gynecological problems that lead to early menopause or if unrecognized gynecological issues raise the risk of ME/CFS. Either way, data suggested that a high percentage of women who have had a gynecological surgery or surgery-induced menopause or struggle with pelvic pain, various menstruation problems or endometriosis seemed to develop ME/CFS during middle age more often than women who do not. Scientists also pointed out that a gynecological connection to ME/CFS would help explain why the majority of people with ME/CFS are women. If you are a woman with a history of gynecological problems, you can work with your MDVIP-affiliated doctor to discuss ME/CFS signs and symptoms you may be experiencing. Your doctor can help diagnose and manage ME/CFS and coordinate your care with appropriate specialists as necessary.

Researchers at Stanford University School of Medicine discovered brain differences between people with and without ME/CFS. For instance, ME/CFS patients have less white-matter content, i.e., long cable-like nerve tracts that convey information from one area of the brain to another compared to people without ME/CFS. This finding was not surprising, as ME/CFS is associated with widespread, chronic inflammation of the brain, which can damage white matter. Further, another study identified an abnormal appearance of the right arcuate fasciculus, a particular section of white-matter nerve tract in the right hemisphere of the brain that connects the frontal and temporal lobes.

Investigators at University of South Florida believe the human herpesvirus (HHV-6) may be the cause of some ME/CFS cases. HHV-6 is common virus that most people contract by the age of two, causing roseola, an infection associated with fevers, mild upper respiratory distress and a pinkish-red, flat or raised rash. Once a child recovers from roseola, the HHV-6 virus becomes dormant but can reactivate during bouts of immunosuppression or aging. However, while the virus is latent, it integrates into chromosomes, which can be inherited by future generations. When the chromosome-integrated version of HHV-6 is passed from a parent to a child, it's referred to as CIHHV-6. According to researchers, less than one percent of the U.S. population is CIHHV-6 positive. And while these people appear healthy, some struggle with ME/CFS-like symptoms, (known as inherited human herpes virus 6 syndrome) and if they come in contact with another strain of HHV-6, their immune systems are often not strong enough to fight it. The good news is that patients with ME/CFS due to CIHHV-6 or inherited human herpesvirus 6 syndrome seem to benefit from antiviral medications. Therefore, talk with your doctor if you are experiencing symptoms such as sleep disturbances, fatigue, pain and difficulty concentrating, as it is possible that prescription medication might help.

Currently there is no cure for ME/CFS, but there are some steps you can take that may help ease its symptoms; for instance:

Track your energy/fatigue levels: Keep a diary of what days of the week and times of the day you feel more or less fatigued to assist you in determining a pattern of energy levels. This can help you adjust your schedule to be most effective at accomplishing work, school and household responsibilities.

Control your energy levels: Learn to pace yourself. Avoid overexertion when you feel more energetic, as it can lead to exhaustion, requiring days to recover. Studies have suggested that light exercise like stretching, walking and swimming can help alleviate some symptoms and raise energy levels. Further, a healthy diet consisting of plenty of fruits, vegetables, whole grains, lean proteins and low-fat dairy products can be of more value to a ME/CFS patient than processed foods.

Follow the basic principles for improved sleep: Keep your bedroom dark, quiet and at a comfortable temperature. Make sure you have a good mattress and comfortable pillow. If you cannot fall asleep within 15 minutes, find an activity that can help you feel sleepy like reading or meditating. Avoiding caffeine, alcohol and tobacco hours before your bedtime can also help you sleep better.

If you are experiencing symptoms of ME/CFS, your MDVIP-affiliated physician can work with you to get to the root of your symptoms and recommend next steps. If you have been diagnosed with ME/CFS, your doctor can help you manage the condition, treat other conditions associated with ME/CFS and coordinate your care with specialists. Don’t have an MDVIP-affiliated doctor? MDVIP has a nationwide network of doctors. Find one near you and begin your partnership in health.

Recent posts
Heavy Drinkers Beware: Alcohol May Shorten Your Life, Study Says
How to Eat to Boost Your Immune System
Are Seed Oils Like Canola Safe and Healthy?
On a Plant-Based Diet? You May Need Some Animal-Based Foods for Bone Health
An Underactive Thyroid Has Ties to Dementia
categories
Allergy/Immunology
Gastrointestinal
FIND A DOCTOR NEAR YOU
Physician Locator