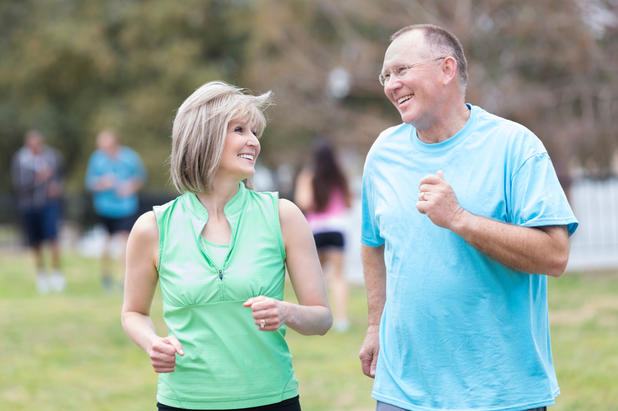 The report, conducted by the United Health Foundation, a private foundation established by UnitedHealth Group, paints a bleak picture of health for Boomers moving into a challenging healthcare landscape. Among its findings, this new generation of older Americans has:

The report says these unhealthier patients will put significant strains on Medicare and the overall healthcare system. But that doesn’t have to be the end of the story for boomers. In healthcare models where physicians and patients have more time to focus on prevention, weight loss and wellness planning, patient outcomes improve and healthcare costs go down.

“It’s not too late for boomers to shape the course of their health,” says Dr. Bernard Kaminetsky, medical director at MDVIP. “Early detection is incredibly important, but it’s still detection of disease that has already taken hold. Prevention is the key. By age 85, you’re likely managing a problem, not preventing it. But as a boomer, you still have time to make a significant impact on your health and prevent issues from ever arising.”

Patients in MDVIP-affiliated practices already enjoy advanced testing that has been shown to reduce heart attack and stroke risk. A 2015 study of cardiovascular risk and prevention, published in the Journal of Medical Economics, predicted a 10 percent reduction in such events among populations using inflammatory biomarker tests like those used in the MDVIP Wellness Program. The tests, which were developed by Cleveland HeartLab, are not typically covered by insurance.

On healthcare costs, a 2016 study, published in Population Health Management, found patients with MDVIP-affiliated physicians used emergency rooms and urgent care centers less, saving significant money over a three-year period. The savings were generated from preventive care. Accordingly, an earlier study showed that hospitalization rates for patients in MDVIP-affiliated practices are much lower than patients in typical primary care practices.

“People in their 50s and 60s can truly benefit from spending quality time with a physician, undergoing an in-depth annual wellness exam and having a variety of health resources available,” Dr. Kaminetsky says. “Combined, all of these elements help the doctor and patient work together to customize an actionable health plan based on achievable goals.”

The United Health Foundation report looked at Americans ages 50 to 64 who will age into senior status (65+) over the next 14 years and examined how the challenges of that generation will impact the senior population. The analysis compared health measures for that middle-aged population in 1999 to that age group in 2014.

The number of baby boomers aging into their 60s and 70s is exploding. Half of U.S. states are projected to see increases greater than 50 percent in their senior population by 2030, according to the report.

The report mirrors findings in an MDVIP survey of baby boomers from October 2015. That national survey, conducted by the independent market research firm Ipsos Public Affairs on behalf of MDVIP, found that 73 percent of boomers suffer from a chronic condition and 46 percent don’t exercise regularly.

That willingness, coupled with a personalized preventive primary care like MDVIP, could help ease the burden.

“We all know we should get 30 minutes of physical activity a day, sleep seven to eight hours a night, eat a healthy, balanced diet, and preventive screenings… but the [MDVIP] survey showed a major disconnect between what boomers know they should be doing and what they actually do,” Dr. Kaminetsky says. “That is what sets MDVIP’s proactive approach to primary care apart from the reactive conventional practice of medicine. MDVIP-affiliated physicians become health coaches and advocates for their patients, instead of just doctors who can hopefully ‘fix’ them once something is broken.”

This page links to PDF files. Use this link to download Adobe Reader if needed.