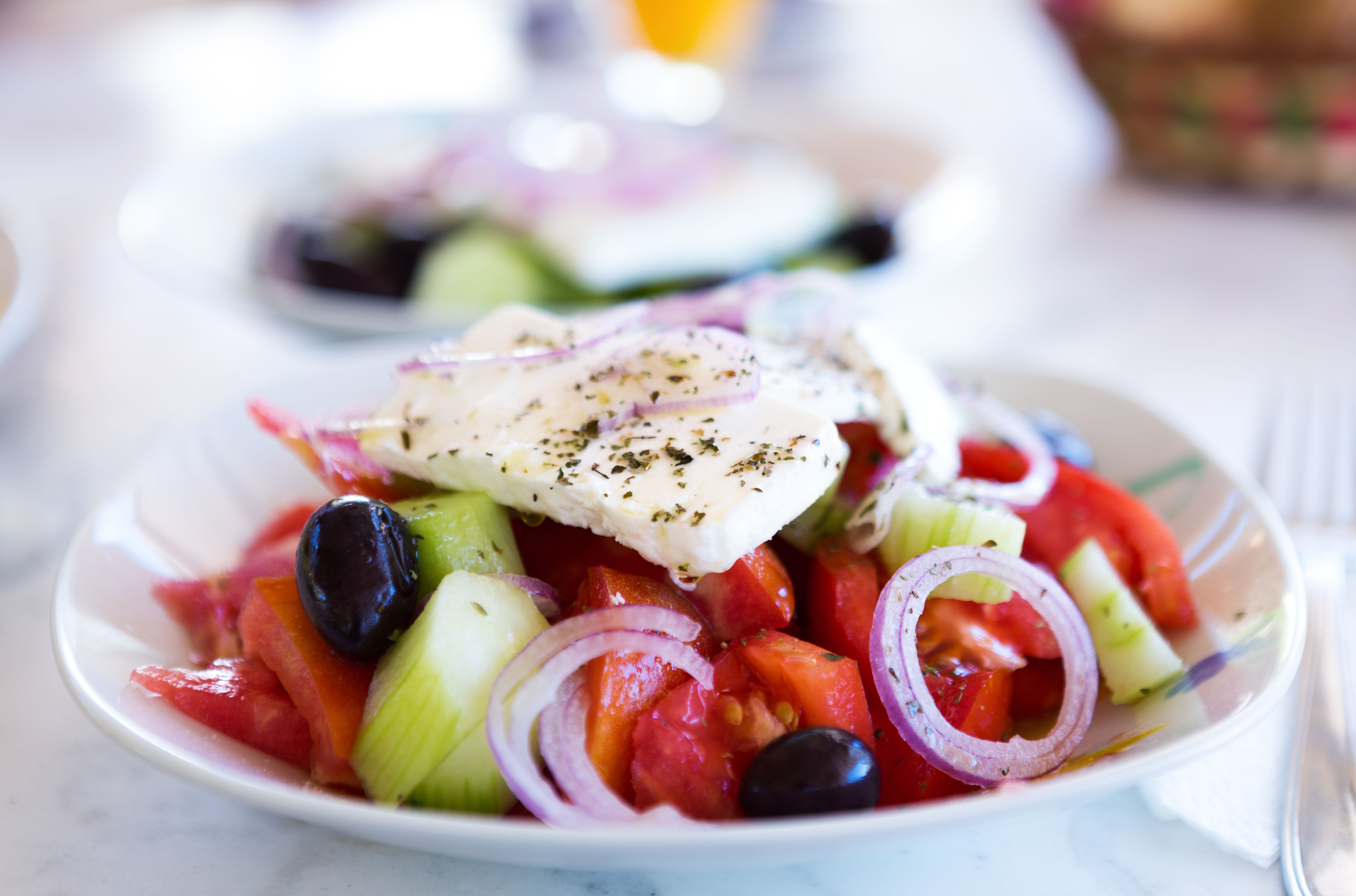 Put down your fork and listen: Eating a heart-healthy diet isn’t hard. It might seem confusing with all the “eat-this, not-that” magazine articles, fad diets and best-selling nutrition books, but here’s all you really need to know: The Mediterranean, Ornish and DASH diets are the best diets for heart health. Following one of these three well-researched and proven heart-healthy eating plans (detailed below) can help you lower your heart disease risk. Don’t invest another bite into a fad diet. Instead, chew on this:

Mediterranean-style eating, often referred to as the Mediterranean diet, became popular during the 1990s, but it’s based on how the residents of Greece, Spain and Southern Italy ate during the 1940s and 1950s. Studies show that this dietary style helps reduce the risk for certain types of cancers, Parkinson’s disease and Alzheimer’s disease. But it its biggest benefit might be reducing the risk of heart disease.

In one study, researchers followed 26,000 women enrolled in the Women’s Health Study for 12 years. The women in the study who most strictly adhered to the Mediterranean diet had a 25 percent less risk of  developing heart disease, according to a study published in JAMA Open Network.

Researchers from Brigham and Women’s Hospital and the Harvard T. H. Chan School of Public Health studied the Mediterranean diet to gain a better understanding of how it works. Although researchers still don’t have a complete picture, they were able to identify three biological mechanisms that affect heart health: changes in inflammation, blood sugar and body mass index.

“For the most part, the Mediterranean style eating is plant-based and rich in healthy fats. Just about anyone can benefit by following it,” says Bernard Kaminetsky, MD. “It’s fairly simple diet and can help prevent and control and a handful of serious conditions.”

The diet also recommends working out. Be sure to discuss exercise with your doctor before beginning or changing your current physical activity routine.

Want to learn more about the Mediterranean diet? Check out our Be Strong-Hearted Guide to Common Diets.

Another top-billed heart-healthy diet is the Ornish Program. Developed by American cardiologist Dean Ornish, MD during the 1990s, it boasts the ability to help its followers lose weight and maintain it.

The basic premise of the diet is restricting fat calories to less than 10 percent per day. For perspective, current USDA guidelines recommend getting between 20 and 35 percent of calories from fat. To keep fat intake around 10 percent, limit red meat, poultry, full-fat dairy, oils and foods rich in oils such as avocados, olives, nuts and seeds. And since dietary fat helps keep you feeling full, eating small meals throughout the day can help stave off hunger, according to the diet.

You’ll also need to avoid sugar. And you’ll have to cut back on alcohol if you drink.

What can you have on the Ornish diet? All the fruits, vegetables, whole grains, beans and legumes you want. You can have low-fat dairy products but only small amounts because of the limited fat intake.

“The diet is helpful for weight loss, which is beneficial for preventing heart disease and type 2 diabetes,” Kaminetsky says.

Studies have found that it’s effective. For instance, an Ornish’s heart disease-reversal clinical trial extension study, published in the Journal of the American Medical Association reported an average 24-pound loss among the small group of dieters followed. After five years, dieters were able to keep off an average of 13 pounds. And a study published in the American Journal of Health Promotion found the Ornish diet decreased body mass index of 1,300 participants from 32 (considered obese) to 29.5 (considered overweight) in one year.

Want to learn more about the Ornish diet? Check out our Be Strong-Hearted Guide to Common Diets.

Often dubbed the “silent killer,” high blood pressure is an epidemic in the United States affecting more than 100 million Americans, according to the American Heart Association. The U.S. Centers for Disease Control and Prevention estimates that one in five Americans with high blood pressure are unaware they have it.

Uncontrolled high blood pressure damages blood vessels and can lead to coronary artery disease, heart attacks and strokes. It also damages the kidneys and raises the risk for blindness.

DASH is intended to be a lifelong eating plan that doesn’t require special foods. The DASH diet plan simply comprises of whole grains; lean meat, poultry and fish; fruits and vegetables; low-fat or fat-free dairy products; some nuts, seeds, beans and legumes and a limit on sweets and sodium. Servings vary based on caloric needs. The goal is tipping your diet in favor of heart-healthy nutrients such as potassium, magnesium, calcium, protein and fiber, while decreasing sodium, trans fat, saturated fat and sugar.

“The DASH diet was my go-to eating plan for my patients with blood pressure issues because it’s easy to follow and it works,” says Kaminetsky.

A National Heart, Lung and Blood Institute study found combining a low-salt diet with the DASH Eating Plan lowered the systolic blood pressure (top number) among prehypertensive and stage one hypertensive adults. And the diet is considered very beneficial to adults with high blood pressure when combined with exercise and weight loss, according to the results of the ENCORE study.

Want to learn more about the DASH diet? Check out our Be Strong-Hearted Guide to Common Diets.

“The bottom line is there are three well researched eating plans prescribed by doctors and dieticians for the last couple of decades because they work,” Kaminetsky says. “I’m not saying the newer diets can’t help, but if your goal is lowering your risk for a heart attack or stroke, I think you should at least discuss these dietary options with your primary care doctor.”

If you don’t have a primary care physician, consider partnering with an MDVIP-affiliated physician. MDVIP doctors have the time to work with you to develop a wellness plan that can help you focus on preventing or controlling heart disease. Find a physician near you and begin your partnership in health »

Recent posts
Heavy Drinkers Beware: Alcohol May Shorten Your Life, Study Says
How to Eat to Boost Your Immune System
Are Seed Oils Like Canola Safe and Healthy?
On a Plant-Based Diet? You May Need Some Animal-Based Foods for Bone Health
An Underactive Thyroid Has Ties to Dementia
FIND A DOCTOR NEAR YOU
Physician Locator