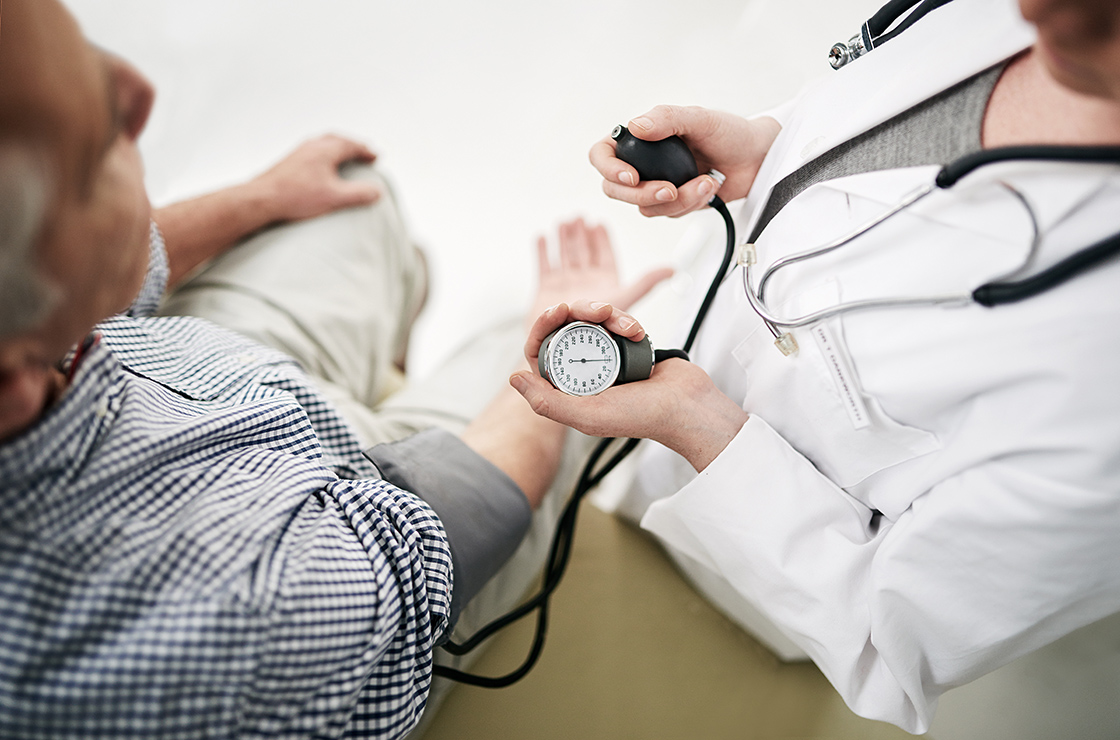 For years high blood pressure was defined as a reading of 140/90 or higher. Now 130/80 or higher is considered high or hypertensive, according to new scientific guidelines released by the American Heart Association. Although 120/80 remains normal, systolic readings (top number) between 121 and 129 are now elevated. The American Heart Association graphic below summarizes the changes. 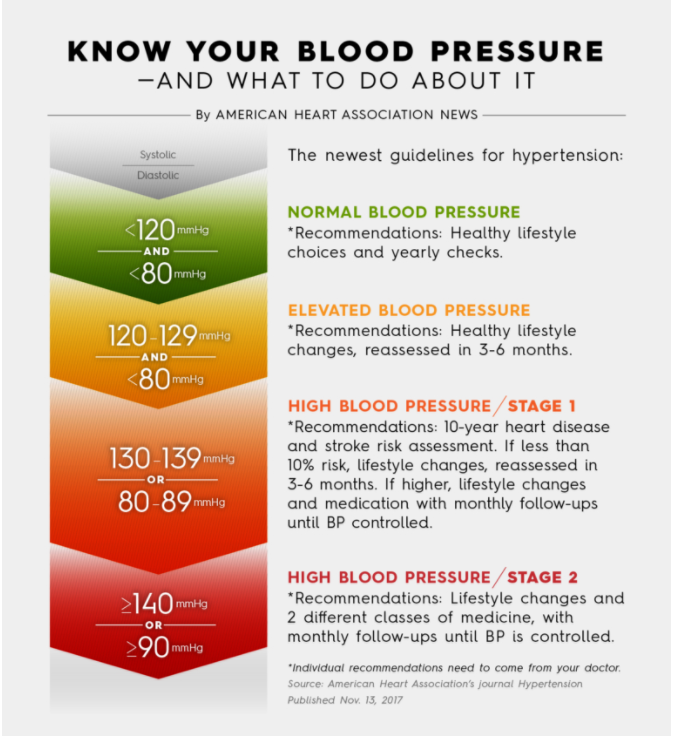 “For decades the science has shown that lower blood pressure is better. It’s about time the guidelines caught up with the science,” says Merritt Dunlap, MD, an MDVIP-affiliated physician in Carson City, NV. “Patients shouldn’t stress over the new guidelines. As doctors we need to reframe what normal blood pressure really is and help them achieve it.”

Under these new guidelines, the percentage of hypertensive Americans will jump from 32 percent to 46 percent. And a whopping 75 percent of men between the ages of 55 and 74 will now have high blood pressure. Additionally, rates are expected to:

What does this mean for you? You might now be diagnosed with high blood pressure or hypertension. But it’s a condition that can be controlled with medication and lifestyle changes.

“It’s an opportunity for primary care physicians to spend more time with their patients and focus on wellness. I get my patients on the DASH diet and teach them how to control their weight, begin an exercise program, manage stress and quit smoking,” says Dunlap says.

Uncontrolled hypertension can damage to your heart, brain, kidneys, eyes and sexual function. Why the change? A 2015 statistical report compiled by the American Heart Association that found a 13 percent uptick in deaths related to high blood pressure.

“Studies have shown that when your systolic blood pressure jumps from 115 to 135, you double your risk of dying from coronary artery disease. And people with prehypertension had more than triple the risk of having a myocardial infarction compared to those with blood pressures less than 120/80. Lastly, blood pressure slightly higher than 120/80 doubled the risk of developing end-stage renal disease,” says Dunlap.

If you’re concerned about your blood pressure, talk to your primary care physician. Looking for a primary care physician? Physicians in MDVIP-affiliated practices can customize a wellness plan for you that includes preventing and controlling hypertension. Find an MDVIP affiliate near you and begin your partnership in health »

Recent posts
Low Vitamin D Levels Linked to Dementia in Study
An Underactive Thyroid Has Ties to Dementia
5 Nutrition Tips to Help Lower the Risk for Depression and Anxiety
New Study Finds Only One in Five American Adults Have Optimal Heart Health
What is Monkeypox?
categories
Primary Care
Cardiology/Vascular
Preventative Medicine
FIND A DOCTOR NEAR YOU
Physician Locator