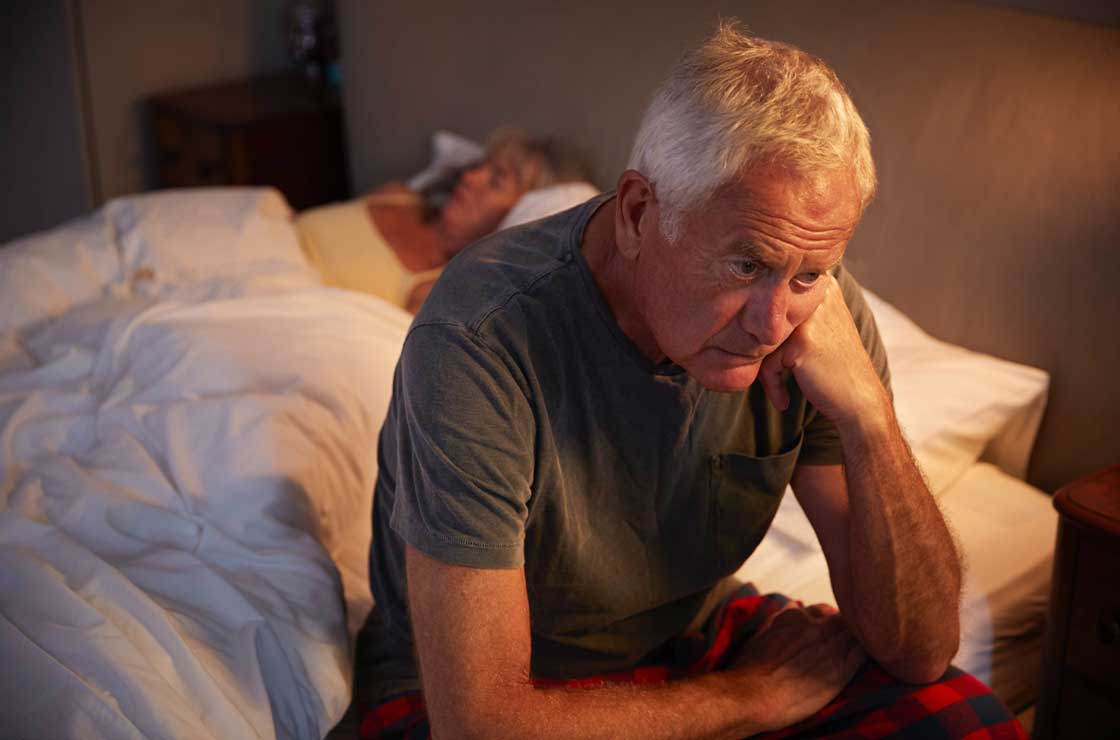 Between 50 and 70 million U.S. adults have a sleep disorder, including insomnia (short-term or chronic) and sleep apnea. Close to 25 percent struggle with sleep in some form on a nightly basis. In fact, the U.S. Centers for Disease Control and Prevention have declared insufficient sleep as a public health epidemic.

In general, you should get 7-8 hours of sleep every day. The quality and consistency of your sleep matter, too and can impact many areas of your health – from daytime performance, memory, energy level and even healing – to more serious issues, like heart disease and type 2 diabetes.

How Does Sleep Affect Your Heart

As a board-certified internist and sleep medicine specialist, I see first-hand how sleep disorders adversely affect risk of heart disease. On the flip side, having heart disease can lead to abnormal sleep.

Diabetes is a major risk factor for development of coronary artery disease. Sleep deprivation causes an increase in nighttime cortisol levels which leads to insulin resistance, a cornerstone of type 2 diabetes.

So, what causes sleeplessness or low-quality sleep? Many factors - from the simple, like too many distractions in your bedroom - to more serious conditions, like obstructive sleep apnea. Even varying your bedtime can affect your sleep and your health. Here are four common sleep issues, how they can impact your heart and how your primary care physician can help you.

In fairly healthy populations, it’s not just the lack of sleep that’s associated with heart health but also timing of sleep. People with irregular sleep patterns have higher risks of heart attacks and heart failure.

These variances in sleep timing were found to be related to "digital distraction.” The blue light emitted from TVs, cell phones and iPads decreases the normal release of melatonin, a hormone necessary to signal the body that it’s time to sleep.

My simple advice: put down the phone/ipad, shut off the TV and see how much easier it is to fall asleep. Failing that, wearing blue light-reducing glasses will promote normal melatonin release, helping you to fall asleep naturally. Here are other ways to set up your bedroom to promote sleep.

Obstructive Sleep Apnea (OSA) is one of the most common sleep disorders. OSA occurs when the tongue and soft tissues of the throat repeatedly collapse blocking the airway causing complete or partial cessation of breathing.

Treatment
In addition to CHF medications, treatment options include reducing opioid consumption, using a CPAP devices and, in some cases, implanting a nerve stimulator to help regulate breathing during sleep – similar to a pacemaker.

Other sleep disorders also affect cardiovascular risk. Restless leg syndrome (RLS) and its nocturnal counterpart periodic limb movement disorder (PMLD) are associated with elevated nighttime blood pressures and subsequent elevations of daytime blood pressure. It has been shown to be a cause for left ventricular hypertrophy (enlarged heart).

Now You Know
Striking a fine balance between sleep quantity and quality can help reduce your risk of heart disease and a host of other serious conditions, as well as improve your overall health and quality of life. While not all MDVIP-affiliated physicians specialize in sleep medicine, sleep assessments are among the many tests included in MDVIP’s annual, comprehensive wellness program.

This blog reflects the medical opinion of Dr. Mart J. Amick, an MDVIP-affiliated, board-certified internal medicine physician, and not necessarily the opinion of all physicians in the MDVIP national network.

Similar Posts
Attention Women: Can’t Sleep? Try these 3 Mind-Body Therapies / Janet Tiberian / September 14, 2018
The Real Cause of Diabetes / Louis B Malinow, MD / November 16, 2015
Snoring, Sleep Apnea May Be More of a Concern for Women than Men / Janet Tiberian / August 16, 2019
About the Author

Mart J. Amick, MD is an MDVIP-affiliated physician based out of Wilmington, DE. He's certified in internal medicine and sleep medicine by the American Board of Internal Medicine. Dr. Amick graduated from the Bowman Gray School of Medicine and completed his residency at The Medical Center of Delaware. He is a member of the prestigious Alpha Omega Alpha medical honor society, recognized by Top Docs Delaware and was voted Best Family Doctor, Wilmington News Journal, 2002.

Recent posts
What Is Coronavirus and Should I Be Worried?
Refined Carbs May Be Keeping You Up at Night
Want to Achieve Your Resolutions? You May Find Success by Taking It Back a Notch
Studies Suggest These 4 Methods Can Prevent Migraines
Study Suggests Fido May Help You Live Longer
categories
Primary Care
Sleep Apnea
Insomnia
FIND A DOCTOR NEAR YOU
Physician Locator