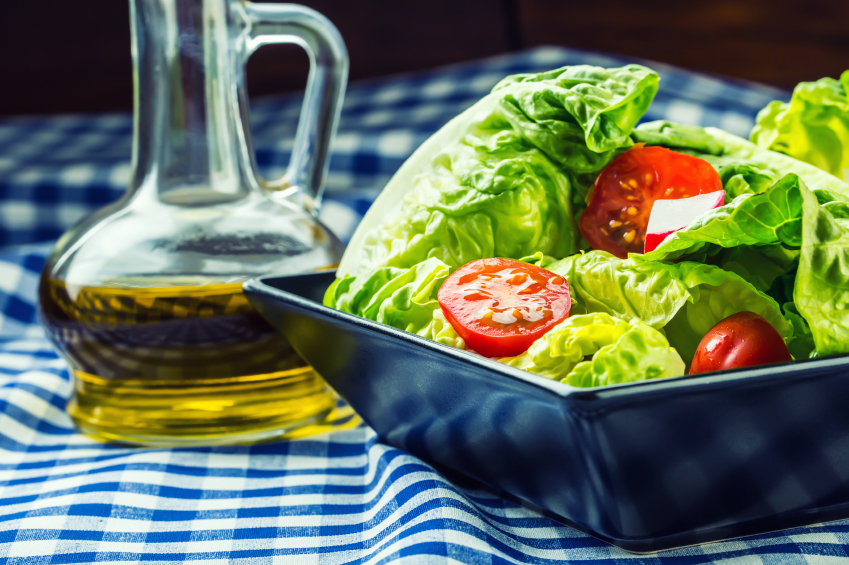 Now that it's late February, many New Year’s resolutions have probably fallen by the wayside. However, I hope that everyone can remain committed to just a few small changes throughout 2016 which may improve your health, wellbeing and life expectancy. For instance, this year, resolve to break your "fat phobia” by including MORE FAT, i.e., healthy fat, in your diet.

Begin by ridding your cabinets and refrigerator of vegetable oil and vegetable oil products such as salad dressing, margarine and most processed foods and replace them with olive oil. The National Library of Medicine reported that like avocados and certain nuts, olive oil is a monounsaturated fat and credited with helping to reduce blood pressure, bad cholesterol and the risk of certain cancers.

Research has suggested that consuming four tablespoons of olive oil each day may reduce the risk of a heart attack by 82 percent. A large study found a 30 percent drop in the number of heart attacks, strokes and heart disease-related deaths over a five-year period among study participates who ate a Mediterranean style diet supplemented with four tablespoons of olive oil in comparison to participants who ate a LOW-FAT (thumbs down) diet.

Additionally, results from a small study suggested that consuming three to four tablespoons of olive oil, as opposed to safflower oil, daily reduced the requirement for blood pressure medication by 48 percent. In terms of cancer, a small but statistically meaningful study demonstrated a small reduction in breast cancer in women who ate a Mediterranean style diet supplemented with olive oil compared to women who ate LOW-FAT products. Olive oil also seems to improve insulin sensitivity, as it did a better job than corn oil (a type of vegetable oil) in blunting the rise in blood sugar after a meal of chicken, salad and BREAD.

When cooking with olive oil, keep in mind that heating it doesn't affect the oleic acid (monounsaturated fat) in the oil but it does significantly lower the amount polyphenols in the oil, reducing the health benefits. In general, cooking at lower temperatures is better for any food that contains fat, as heat can alter oil (which is fat) and destroy its health properties.

On a side note, this also applies to meat. Cooking meat slowly and at a lower the temperature will help preserve the healthy oils in it. When these oils are damaged, there is an increase in the ability of these types of oils can increase tto form plaque (atherogenicity) and provoke cancer (carcinogenicity). That said, cooking meat until it is well done is the least healthy method of preparing meat.

Lastly, when shopping for olive oil, consider buying the extra-virgin variety, as it has a higher concentration of healthy polyphenols, which help lower bad cholesterol more effectively than regular low-polyphenol olive oil.