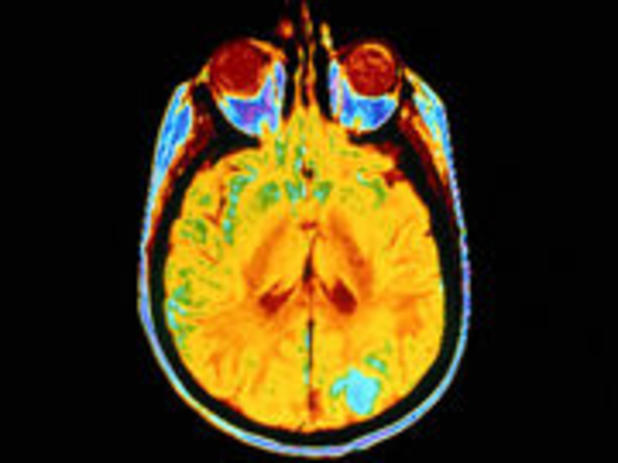 For decades, Alzheimer’s researchers have faced a major challenge in treating early stages of the disease. They could only study the brain after a patient died and the disease spread throughout the brain. But a relatively new imaging technique is giving scientists a window into the development of Alzheimer’s disease.

For the last few years, researchers have been using Amyloid PET Imaging to peer into the brains of patients suspected of having Alzheimer’s. And they have learned a lot. Researchers at Northwestern University, for example, recently examined the brains of people with a rare neurological syndrome similar to Alzheimer’s that impairs the language center of the brain. Called primary progressive aphasia (PPA), the syndrome is degenerative, considered a form of dementia and has ties to a toxic buildup of the same amyloid protein associated with Alzheimer’s disease.

Researchers learned that toxic amyloid protein buildup in PPA patients is predominantly on the left side of the brain, where the language center is located.

“By understanding where these proteins accumulate first and over time, we can better understand the course of the disease and where to target treatment,” said Emily Rogalski, the lead study investigator and research associate professor at Northwestern’s Cognitive Neurology and Alzheimer’s Disease Center (CNADC).

Researchers think this technique will provide a better understanding of how the disease progresses, which can direct treatment and future drug trials. Investigators believe that Amyloid PET Imaging can lead to:

“Researchers have yet to identify a specific means of preventing Alzheimer’s disease and other forms of dementia; so, it's imperative that you maintain a strong relationship with your primary care physician to help you get diagnosed quickly and begin treatments as soon as possible,” explains Bernard Kaminetsky, MD, medical director, MDVIP. “There is a handful of lifestyle tactics that may help maintain your brain health.” Experts at the Mayo Clinic suggest:

Signs and symptoms of Alzheimer's disease

According to the Alzheimer’s Association, the early signs and symptoms of Alzheimer’s disease include:

If you or a loved one is experiencing these symptoms, be sure to have a discussion with your MDVIP-affiliated physician. The unique relationship you share with your doctor will make it easier for him/her to determine if the signs and symptoms are part of the normal aging process or in fact are in fact early-onset Alzheimer’s disease, and recommend the most effective course of action. Don’t have an MDVIP-affiliated doctor? MDVIP has a nationwide network of physicians. Find one near you and begin your partnership in health.

Recent posts
Sudden Cardiac Arrest: It’s More Common in Men, But Women Have Lower Survival Rates
Take Precautions Against RSV – One of the Tripledemic Viruses
5 Ways to Live Younger Longer
8 Ways to Maintain Your Mobility as You Age
5 Tips for Managing Arthritis Pain
categories
Neurology
FIND A DOCTOR NEAR YOU
Physician Locator