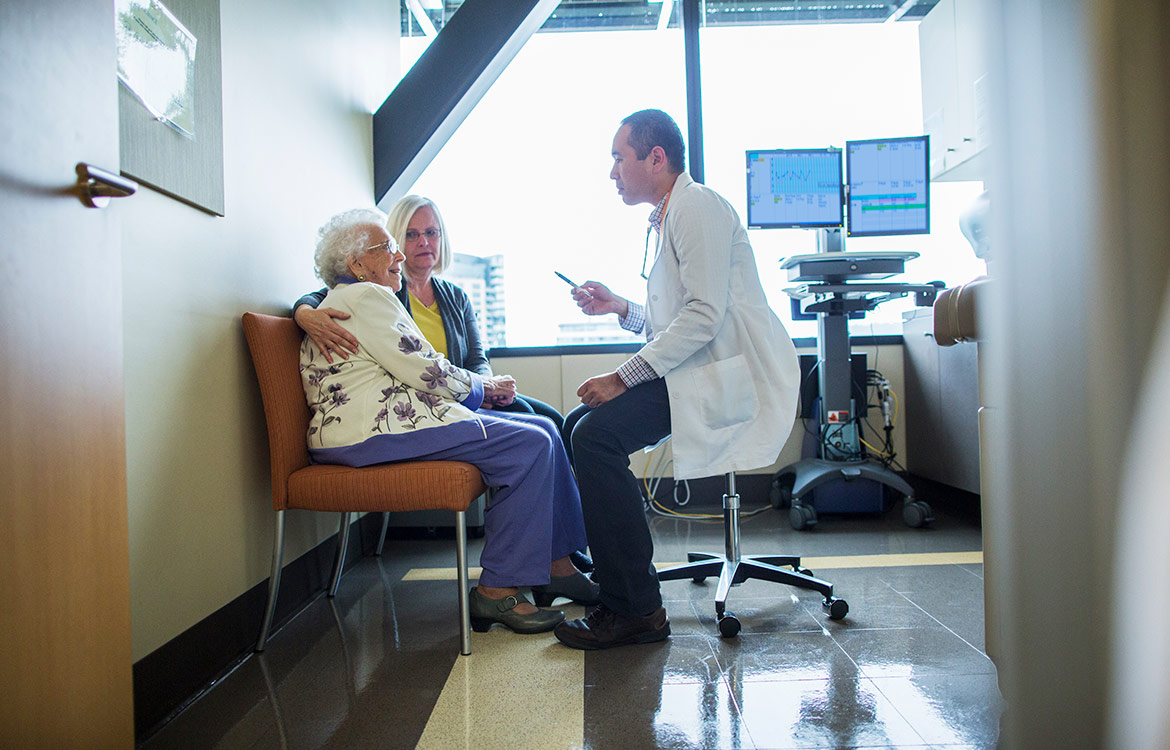 If you’re like most people, the thought of losing your cognitive skills is scary. In fact, most Americans are concerned about developing a form of dementia, according to a national study conducted by MDVIP and Ispos.

Dementia is an umbrella term used to describe a group of diseases caused by abnormal changes in the brain. The most common and well-known form of dementia is Alzheimer’s disease.

Yet, despite the concern, many Americans lack a basic understanding of dementia and its risk factors. Common health issues such as hearing loss, diabetes, poor quality sleep and poor oral health are often chalked up as simply a part of aging, when in fact, they are important risk factors for dementia.

And of course, the lack of understanding swings both ways. Many people assume that they (or their loved one) have dementia if they’re exhibiting hallmark symptoms such as memory loss, mood swings or personality changes. But these symptoms also can be red flags for other illnesses such as depression, urinary tract infection, thyroid disease and Lyme disease.

“Reach out to your doctor as soon as you see changes in your mental fitness,” says Bernard Kaminetsky, MD, medical director, MDVIP. “The changes may be associated with cognitive impairment, which cannot be cured, but medication can help slow the progression. Or it could be a condition that presents with similar symptoms as dementia but is treatable.”

Depression is common among senior citizens, just as dementia is. And they share symptoms such as negative emotions, withdrawal, loss of appetite, lack of motivation and no sense of direction. Depression can be controlled through counseling, antidepressants and possibly some lifestyle changes.

Urinary tract infections (UTIs) can cause delirium, particularly in older people. Delirium is linked with behavioral changes, confusion, agitation and withdrawal – just like early onset dementia. But UTIs can easily be treated with a cycle of antibiotics.

Thyroid disease is caused when the thyroid gland goes into overdrive (hyperthyroidism), producing too many hormones, or slows down (hypothyroidism) and doesn’t produce enough hormones. These hormonal imbalances can affect your cognitive health. Hyperthyroidism can cause depression-like same symptoms, while hypothyroidism can make it difficult to learn new information and recall recent events.

Lyme disease is a tick-borne illness that can affect your nervous system and short-term memory, resulting in symptoms that mimic dementia. Antibiotics are the standard treatment for Lyme disease.

“Many factors can cause dementia-like symptoms. Sometimes it’s simply the medication you’re taking. This is why I stress reaching out to your doctor if you (or a loved one) has difficulty concentrating, remembering and/or communicating or has been experiencing confusion or mood swings,” says Kaminetsky. “The earlier your doctor can identify the cause of these symptoms, the quicker treatment can begin.”

If you don’t have a doctor, consider partnering with MDVIP. MDVIP-affiliated physicians have time to customize an approach to help you maintain your cognitive ability and control conditions that may raise your risk for dementia. Find a physician near you and begin your partnership in health »