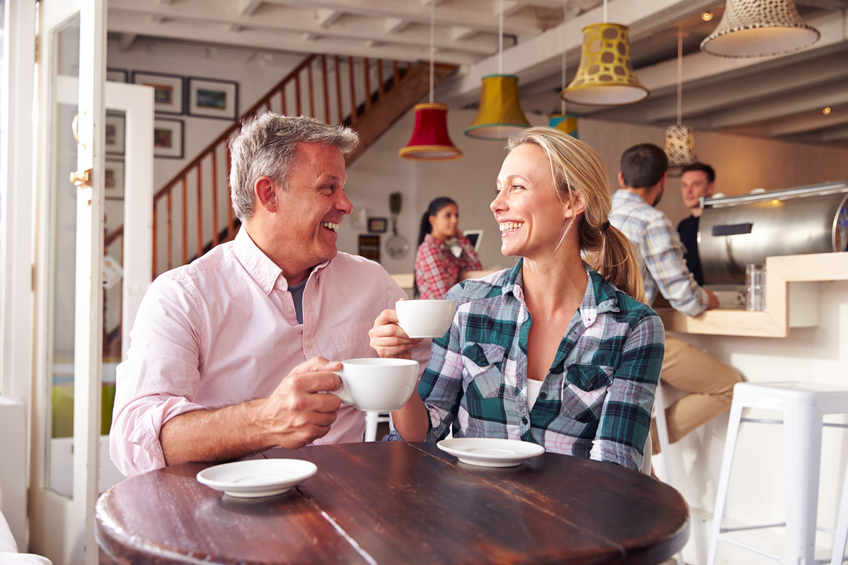 It’s a safe bet you’ve heard both good things and bad things about drinking coffee. On the bad side: All that caffeine isn’t good for you, it can stunt your growth, and coffee may cause cancer. The good stuff: Coffee helps you focus and may lower your risk of certain diseases.

For more than a century, coffee has been both pilloried and praised, and scientists and health advocates have frequently reassessed its place in the nutritional hierarchy. In fact, the World Health Organization in June removed coffee from a list of known cancer-causing agents—after 25 years suggesting the hot beverage may raise the risk of bladder cancer.

Coffee isn’t the only food that has swung from good to bad. Researchers are reevaluating the health risks of butter, for example. After being associated with higher mortality, cardiovascular disease and diabetes for decades, a recent study found there are “relatively small or neutral overall associations of butter with mortality, CVD, and diabetes.”

What’s going on here? Are coffee and butter good for us or bad for us?

In the case of coffee, we have pretty good evidence that, with some exceptions, coffee is not bad for us and may have benefits. Robert Davis, PhD, an award-winning health journalist and author of Coffee Is Good for You, says the problem lies with the way we study the health effects of food.

“Nutrition science is tricky,” Davis says. “We typically cannot do the kinds of tests that are randomized trials, where we assign some to eat and some not to eat. You have to lock people away. It’s hard to do, and it costs a lot of money.”

That’s the way drug trials are performed. In its simplest form, patients are randomly split into two groups. One group takes the drug, while the other group does not. In these studies, researchers can rule out other influences and focus solely on the drug interaction.

Few nutrition studies follow this model, which is generally considered the gold standard of science research. Instead, nutrition studies are typically large cohort studies. In these studies, scientists look at the nutrition habits of large numbers of people. They also look at the diseases and conditions participants in the study develop. To put it another way, researchers follow what people eat and see what diseases they get.

But this approach produces associations, not definitive cause and effect. Drinking coffee, for example, was associated with cancer for many years. “Studies linked coffee to cancer, but there was a problem with those studies,” Davis says. “Researchers didn’t control properly for smoking. People that drank coffee had higher rates of cancer, but they were also smokers. It showed this false correlation with drinking coffee and cancer, and coffee got a bad reputation.”

Cohort studies of single ingredients also have other challenges. When researchers publish a study that suggests drinking wine is good for heart health, they are speculating as to what substances in the wine are responsible for the good benefit. It turns out that wine—and coffee—are incredibly complex.

“What is it in the wine that’s responsible? For years scientists thought it was resveratrol. But there’s no resveratrol in beer or liquor, but those have a beneficial effect as well in other studies. So is it the alcohol? It’s hard to pinpoint a single ingredient,” Davis says. “There are a thousand different compounds in coffee. We think that coffee is good for you, but we don’t why it’s good for you.”

So does this mean we should ignore nutrition studies altogether? With all the flip flops nutrition research has made, it would be easy to give up—but it wouldn’t be the healthy choice. Davis recommends focusing less on specific ingredients and more on your overall diet.

“Just because we can’t understand everything about the cosmos doesn’t mean we should dismiss everything we hear from astronomers,” Davis says. “There are good studies that show the total diet you eat has effects on your health. If you eat more junk food, more sugar, more refined carbs, you’re going to have more risk for certain disease. Don’t dismiss that and eat whatever you want.”

As for coffee, most studies point to positive benefits of drinking a cup a Joe or two every day. “The evidence is pretty compelling, but it’s not cause and effect. I think there are enough studies in enough different populations all pointing in the same direction to suggest we have very strong circumstantial evidence that coffee is beneficial and probably not harmful,” Davis says.

But there are caveats. Some people who are sensitive to caffeine may experience insomnia, jitteriness or upset stomach. There’s also potential concern for pregnant women, and coffee may increase fracture risk in women.

The amount you drink can also be a factor in your health risks; study results are conflicting, but most studies suggest that four cups of coffee a day are probably okay.

Finally, most coffee studies are done on black coffee—without cream, sugar and calorie-rich flavorings. If you’re having a Starbucks Grande Frappuccino, you’re absorbing 400 calories along with whatever beneficial ingredients the java has. The calories and fat may undo whatever good the coffee is doing.

Recent posts
Sudden Cardiac Arrest: It’s More Common in Men, But Women Have Lower Survival Rates
Take Precautions Against RSV – One of the Tripledemic Viruses
5 Ways to Live Younger Longer
5 Tips for Managing Arthritis Pain
8 Ways to Maintain Your Mobility as You Age
categories
Diet & Nutrition
FIND A DOCTOR NEAR YOU
Physician Locator