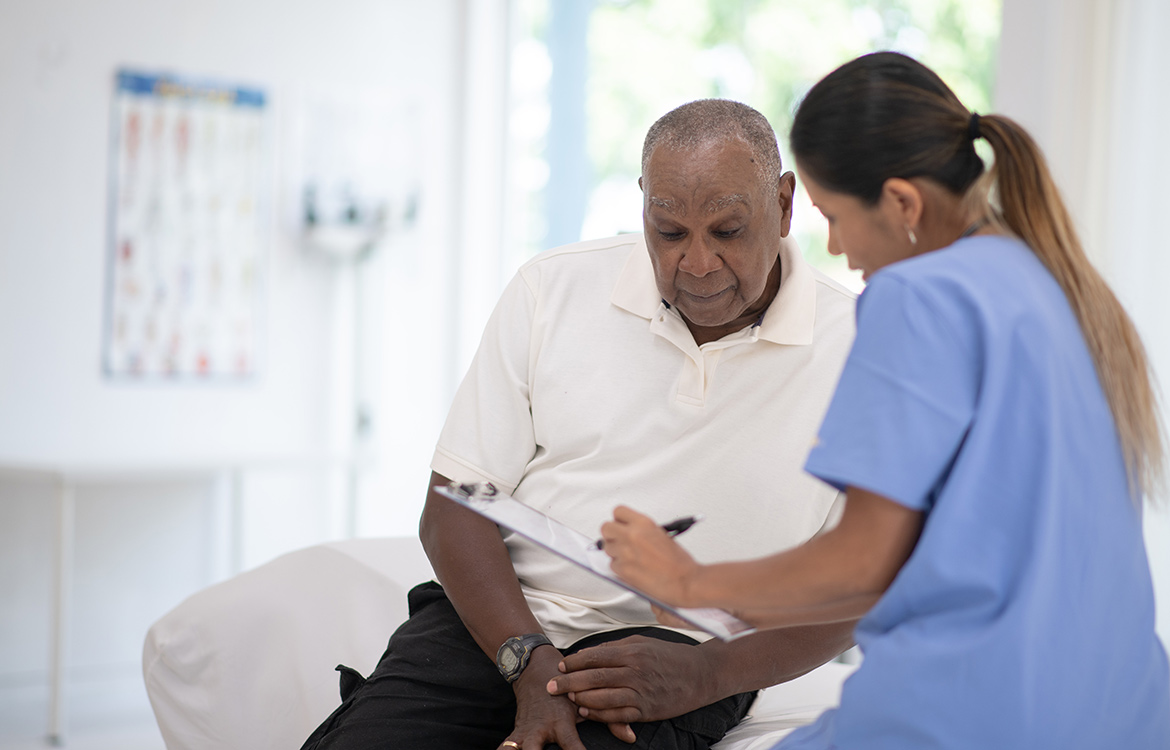 For the last 25 years, doctors have used the prostate-specific antigen (PSA) test along with digital rectal exams (DRE) to screen for prostate cancer. This approach, to say the least, has been controversial.

Pros and Cons of PSAS Test

Critics of the PSA test, which was first approved in 1986 to monitor progression of prostate cancer and later expanded as a screening tool, say the test can result in false positives and often identifies a slow-growing cancer in older men who are far more likely to die from something else. Both instances lead to overtreatment. A European study, for example, found the test promoted a 20 percent decrease in cancer deaths – but to prevent a single death, 48 men had to be treated. Treatment for the disease can result in impotence and incontinence.

Proponents of the PSA point to a lack of other screening tools to identify men who may be at risk of dying from the disease; prostate cancer kills about 34,000 men a year in the U.S.

Currently, the U.S. Preventive Services Task Force recommends against testing for men over 70 and suggests the decision to use the PSA be made on an individual basis on younger patients based on family history, ethnicity and comorbid medical conditions.

Which is why a new test and study is good news. The study, published in The Journal of Urology, found that a new prostate cancer test is more accurate than the PSA. It’s also less invasive than prostate biopsy, which is used to confirm prostate cancer diagnoses.

Researchers from University of Michigan Rogel Cancer Center developed the MyProstateScore, a test that measures prostate cancer genes in a patient’s urine. The test involves a high level digital rectal exam combined with a urine test and is based on previous University of Michigan (U-M) research that found about 50 percent of prostate tumors have a genetic anomaly, specific only to prostate cancer. The genes -- TMPRSS2 and ERG -- reposition themselves on a chromosome and merge together, activating prostate cancer development.

“Prostate cancer begins in the prostate gland. There are several types of prostate cancer – some more aggressive than others. These cancers tend to grow slowly, which is a blessing, because it’s easy to miss the early signs and symptoms of these cancers,” says Bernard Kaminetsky, MD, medical director, MDVIP. “However, if the cancer is left untreated or doesn’t respond to treatment, it can spread to bones and organs, becoming life-threatening.”

Because prostate cancers often developed later in life are so slow growing, many doctors feel the best course of action is monitoring the patient, as opposed to treating them. U-M’s MyProstateScore benefits these patients, as well as patients who scored false positives on PSA tests because it can spare them unnecessary radiation, chemotherapy and/or surgery.

“MyProstateScore doesn’t replace PSA testing – it provides more information if a man has elevated PSA levels,” says Kaminetsky. “The additional information gained by MyProstateScore enables doctors to make treatment plans that are better suited for a patient’s individual needs, according to this study.”

Need To Do a Prostate Screening? Talk to Your Doctor About Your Options.

If you have a family history of prostate cancer, talk to your MDVIP-affiliated doctor about what screening method is best for you. And if you don’t have a primary care physician, consider partnering with MDVIP. MDVIP-affiliated doctors have the time to work with you to help you develop a personalized wellness plan that can focus on improving your overall health. Find a physician near you and begin your partnership in health »

Recent posts
Sudden Cardiac Arrest: It’s More Common in Men, But Women Have Lower Survival Rates
Take Precautions Against RSV – One of the Tripledemic Viruses
5 Ways to Live Younger Longer
8 Ways to Maintain Your Mobility as You Age
5 Tips for Managing Arthritis Pain
categories
Diagnostic screenings
FIND A DOCTOR NEAR YOU
Physician Locator