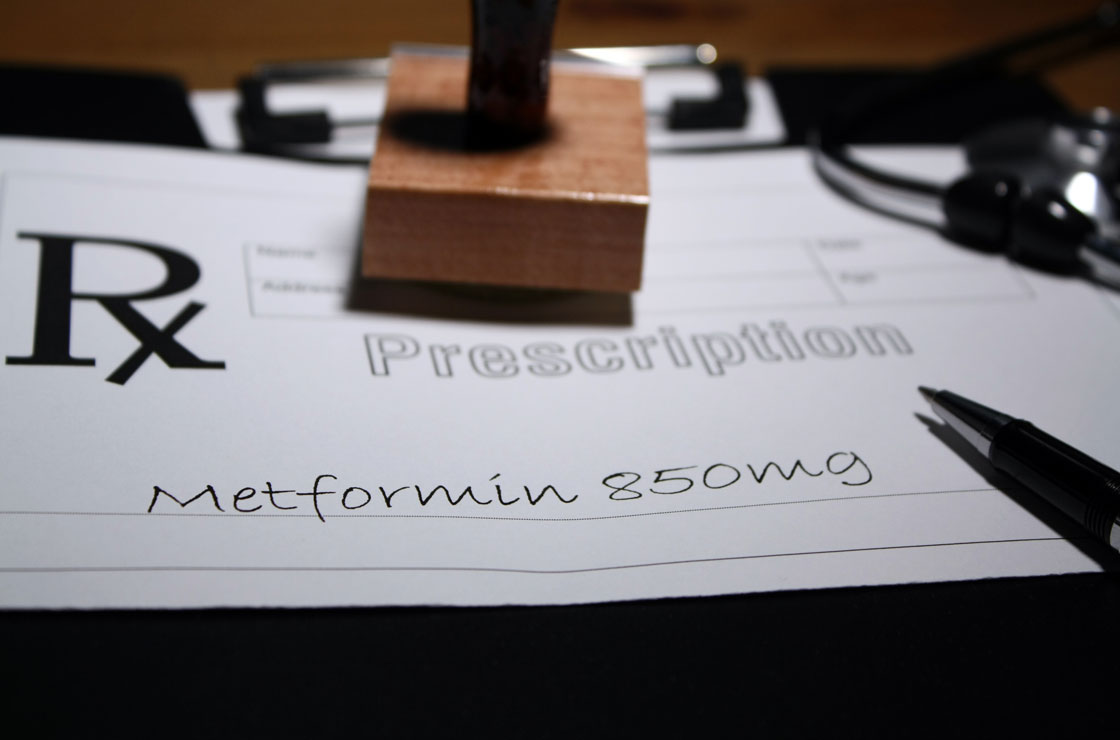 Many Americans take metformin. Most of them have either type 2 diabetes or prediabetes (the drug is also occasionally used to treat type 1, or insulin-dependent, diabetes). Although you may not love taking metformin, there is a bright side: The drug may significantly lower the risk of developing age-related macular degeneration — the leading cause of blindness in Americans older than 50, according to a study presented at the 2018 Annual Meeting of the American Academy of Ophthalmology (AAO).

Metformin is the generic name for Glucophage, Glucophage XR, Glumetza, Fortamet and Riomet. It’s also combined with other medications to produce Glucovance, Metaglip, Avandamet, Actoplus Met, Janumet and Prandimet. It’s been clinically used to treat diabetes since the 1950s — though an herb commonly known as French lilac, from which the active ingredient in metformin is derived, has been used to treat diabetes since the middle ages. Over the last decade the drug been associated with health benefits beyond insulin sensitivity such as helping prevent high blood pressure, kidney disease, cardiovascular disease and high cholesterol, while reducing the risk of heart failure and recurring colon polyps.

“Because there many health advantages to taking metformin, I wouldn’t be surprised if it’s eventually prescribed for other conditions,” says Louis Malinow, MD, director of education and clinical excellence, MDVIP. “In reference to the AAO study, controlling diabetes can help protect your eyesight; however, I think some of the credit belongs to metformin’s ability to lower oxidative stress and inflammation – common culprits of many age-related diseases including macular degeneration.”

Inflammation raises the risk for autoimmune diseases such as rheumatoid arthritis, inflammatory bowel diseases, psoriatic arthritis, lupus, Sjogren’s disease and gout and also plays a role in heart disease and other chronic conditions. When your body is trying to heal from an injury or fight off an infection, it sends white blood cells to the affected area, creating inflammation. But sometimes your body triggers an inflammatory response without a reason. If this happens regularly, it can raise your inflammation levels.

Metformin and Oxidative Stress and Inflammation
Metformin slows the liver’s release of blood sugar, decreases the amount of blood sugar absorbed from foods and increases the uptake of insulin in muscles. But when tracking patients’ progress on metformin, doctors noticed more than just lower A1C or average blood sugar levels.

“Patients had drops in blood pressure and cholesterol, both of which have ties to oxidative stress and inflammation. After more research, it seems metformin helps control the inflammatory responses involved in several diseases,” Dr. Malinow says.

Studies suggest metformin inhibits a pro-inflammatory signaling pathway (a group of molecules in a cell that work together to control cellular function) targeted by pharmaceutical researchers when developing anti-inflammatory medications. And both basic research studies and clinical trials have documented metformin’s ability to control oxidative stress.

Is Metformin Good for all Type 2 Diabetics?
More than 120 million people worldwide take metformin; it’s the most widely prescribed diabetes drug. Yet many people skip taking it. University of Surrey studied the compliance rates of diabetes medications and found metformin had the lowest compliance rates.

“Metformin doesn’t cause any serious side effects; however, it can cause gastrointestinal distress, affecting the quality of the patient’s life,” Malinow says. “Symptoms should only be temporary, so I encourage my patients to try tolerating it for at least a couple of weeks to see if the discomfort subsides.”

If you have more questions about metformin or diabetes, talk to your primary care physician. Your doctor can answer questions and track your kidney function while taking metformin. Need a primary care physician? Check out MDVIP, a nationwide network of primary care doctors who focus on personalized medicine and prevention and have the time to develop close, doctor-patient relationships. Find one near you and begin your partnership in health »

Similar Posts
A Thyroid-Friendly Lifestyle May Help Lower Your Risk for Type 2 Diabetes / Janet Tiberian, MA, MPH, CHES / July 15, 2016
What Is The Real Cause of Diabetes - Causes of Diabetes / Louis B. Malinow, MD / November 16, 2021
Are You at Risk for Type 2 Diabetes? Learn Common—and Not So Common—Risk Factors / Janet Tiberian, MA, MPH, CHES / November 8, 2017
About the Author