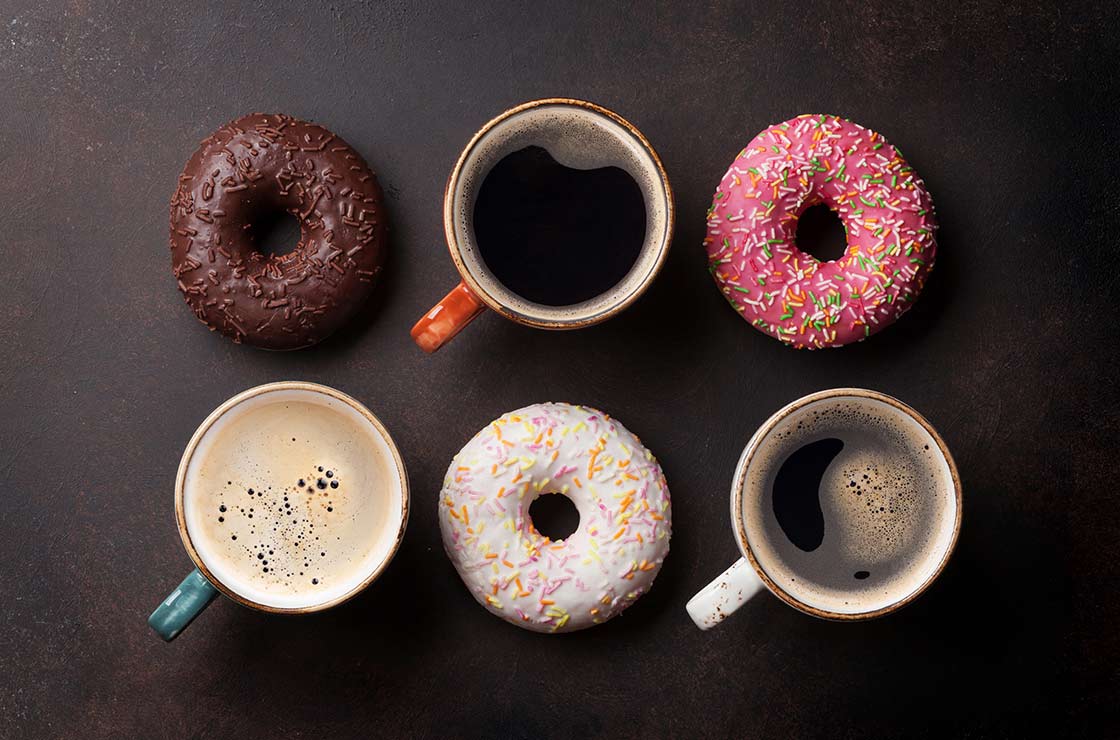 Coffee and donuts go together. The pairing even inspired the name of worldwide donut shop and coffeehouse – Dunkin’ Donuts. Why does coffee go so well with donuts, as well as coffee cake and pie?

A recent study published in the Journal of Food Science provides one theory: The caffeine in coffee stimulates us while dulling our taste buds in the process. This makes foods and drinks seem less sweet, triggering a craving for sugar, according to Cornell University researchers. And your altered perception of taste lasts as long as the effects of the caffeine.

“This is just one more reason to watch your caffeine intake,” says Dr. Bernard Kaminetsky, medical director, MDVIP. “There are health benefits to drinking caffeinated coffee, but moderation is the key.”

Previous research has shown when the ability to taste sweets is chemically blocked, people experience sugar cravings. Researchers attribute the alertness among the decaffeinated coffee drinkers to a placebo effect of drinking coffee.

Non-cola sodas can also be a source of caffeine. Some brands of citrus, root beer, cream and orange flavored sodas contain various amounts of caffeine.

Ice cream can contain caffeine if chocolate or coffee are used as ingredients.

Pain relievers commonly have caffeine in them, as caffeine seems to improve the effectiveness of pain killers. Over-the-counter pain relivers usually have between 65 mg and 250 mg of caffeine per pill.

Discuss your caffeine intake with your doctor, particularly if you’re using weight loss pills or pain relievers. As part of the MDVIP Wellness Program, your doctor can customize a wellness plan for you and your needs. Don’t have an MDVIP-affiliated doctor? MDVIP has a nationwide network of physicians? Find one near you and begin your partnership in health »