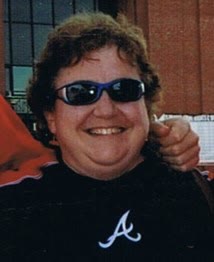 When Rebecca Champion met her MDVIP physician Dr. Jacqueline Pearson, she frankly didn't know what to expect. She had spent more than 20 years in the same primary care practice before her physician stopped taking insurance. Then Champion was passed onto another doctor. In all, she bounced around to four primary care physicians before she finally saw Dr. Pearson, who is based in Alpharetta, Ga., just north of Atlanta.

The relationship took off. Champion has been a patient of Pearson for four years now. The proactive physician has helped Champion focus not just on her ailments but on a path to better health. “Before I started seeing Dr. Pearson, I was sedentary and overweight. Now I’m at the gym nearly every day. I’m losing weight and I’m much healthier.”

When Dr. Pearson joined MDVIP in 2015, Champion stayed in her practice. "If she thought it worthwhile, then so did I. It has been amazing. My appointments have all been on the same day that I requested them, and her staff is quick, friendly and professional."

The move to MDVIP's personalized medicine program has even helped Champion save money on healthcare. When Champion returned home from a recent business trip, she developed a bad nose bleed. She couldn’t stop the profuse bleeding. She was headed to the emergency room when she remembered she could contact Dr. Pearson directly. “I texted her and she responded immediately,” Champion says.

Within a few minutes, Dr. Pearson and Champion were able to get the bleeding to stop—without a trip to the emergency room. “If I had gone to the emergency room, I would have had to pay a hefty copay, they would have wanted x-rays and other tests. It would have cost me hundreds of dollars. I would have lost sleep and a day of work. A little episode didn’t turn into an event.” Dr. Pearson has also helped coordinate care for Champion, arranging for an x-ray and calling with the results when Champion was injured on a road trip.

“It’s almost like she’s able to practice medicine the old fashioned way,” Champion says. “Doctors knew their patients and really knew what was going on with them.”

Dr. Pearson has worked with Champion on a personalized health plan, and she’s been there every step of the way to encourage her. “If she doesn’t hear from me in a couple of weeks, she’ll text me,” Champion says. She’s even helped her with her diet, texting encouragement and checking up on what Champion is eating.

“I’ve got a long way to go, but I will definitely get there - and largely due to the caring involvement of Dr. Pearson!” Champion says.

Recent posts
Sudden Cardiac Arrest: It’s More Common in Men, But Women Have Lower Survival Rates
Take Precautions Against RSV – One of the Tripledemic Viruses
5 Ways to Live Younger Longer
8 Ways to Maintain Your Mobility as You Age
5 Tips for Managing Arthritis Pain
categories
Prevention
Obesity
FIND A DOCTOR NEAR YOU
Physician Locator