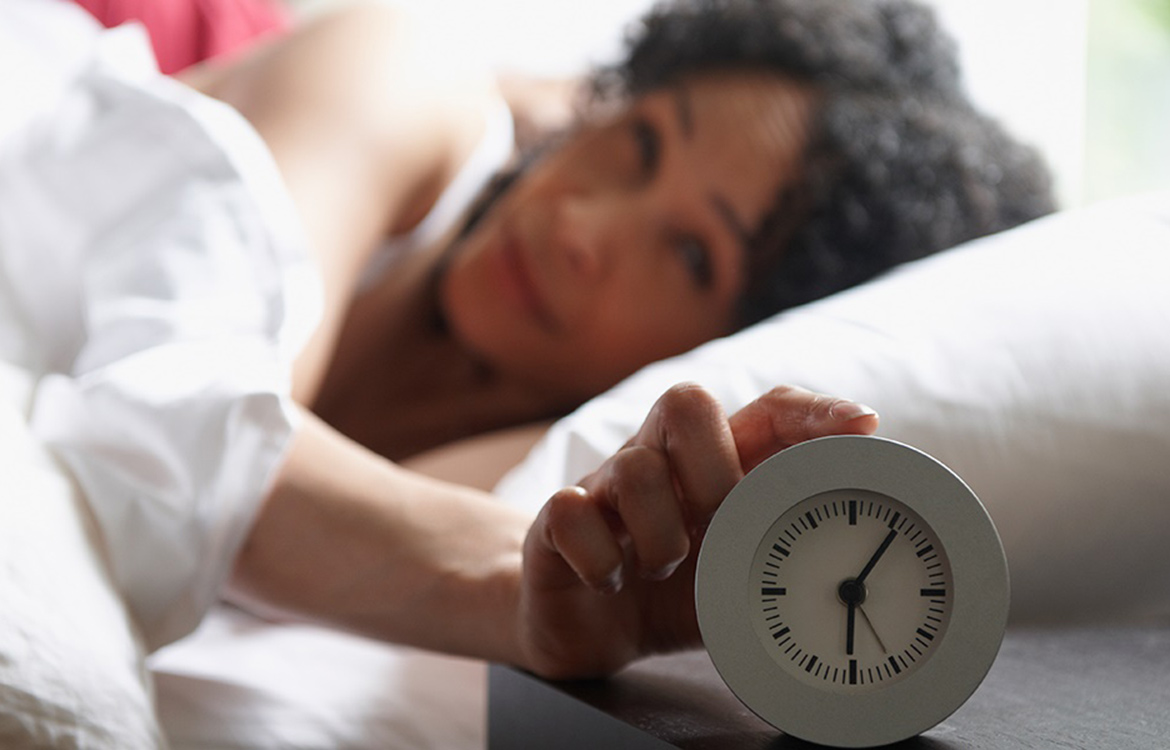 Since the COVID-19 pandemic began, there’s been an uptick in depression, according to the U.S. Centers for Disease Control and Prevention. In fact, both new diagnoses of depression and prescriptions for antidepressant medications rose over the last year and many existing anxiety and depression cases worsened.

Lifestyle can play a significant role in helping prevent and control depression. Eating a healthy diet, exercising regularly, getting quality sleep, managing stress and mediating have been linked to elevate mood and counteract depression. Rising a little earlier in the morning can also help.

Study on Waking Up Earlier

Waking up just one hour earlier can reduce your risk of major depression by 23 percent, according to a new study published in the journal JAMA Psychiatry. The study found that chronotypes — your genetic tendency to sleep at a certain time — affects your risk for depression.

“During the shutdown, many people worked or attended school from home,” says Bernard Kaminetsky, MD, medical director, MDVIP. “This enabled many Americans to shift their sleep schedules. But these sleep cycle changes may have contributed to the rise in depression rates.”

Researchers from University of Colorado Boulder (CUB), Harvard University and the Broad Institute of the Massachusetts Institute of Technology (MIT) assessed data on more than 340 genetic variants that can affect sleep preferences from 850,000 individuals obtained from the UK Biobank. They also gathered medical and prescription records and surveys about diagnoses of major depressive disorder; collected data from 85,000 who wore wearable sleep trackers for seven days; and asked 250,000 people to complete a sleep-preference questionnaire.

The amount of data collected gave researchers a very detailed understanding of how gene variations influence our sleep-wake cycle. Researchers found that the average bedtime was 11 p.m., wake time was 7 a.m. and sleep midpoint (halfway between bedtime and wake time) time was 3 a.m. Self-report data showed 33 percent of subjects identified as morning larks, 9 percent as night owls and 58 percent as in the middle. How you identify yourself, i.e., morning lark or night owl, is important, as previous observational research indicates night owls are twice as likely to be depressed as morning larks, regardless of the number of hours they sleep.

Study findings also suggested that each one-hour earlier sleep midpoint corresponded with a 23 percent lower risk of major depressive disorder. What does this mean? Researchers used the example that if you switched your normal bedtime from 1 a.m. to 12 a.m. and slept the same number of hours, you would lower your risk for major depression by 23 percent. And if your bedtime became 11 p.m. and you slept the same duration, the risk would be cut by 40 percent.

Researchers also found a connection between greater light exposure during the day and rising earlier in the morning, regardless of their genetic chronotype; however, more research is needed.

“If you’re interested in waking up earlier, but need a little help, try getting more sunlight. Walking outside during work breaks, some extra yard work or gardening might help,” says Kaminetsky.

Talk to Your Doctor if You Are Feeling Depressed

If you are struggling with depression, make sure you talk to your primary care doctor. Need a primary care physician, consider joining MDVIP. MDVIP-affiliated physicians have the time and resources to develop a personalized wellness program for you that can focus on specific issues such as mental health. Find a physician near you and begin your partnership in health »