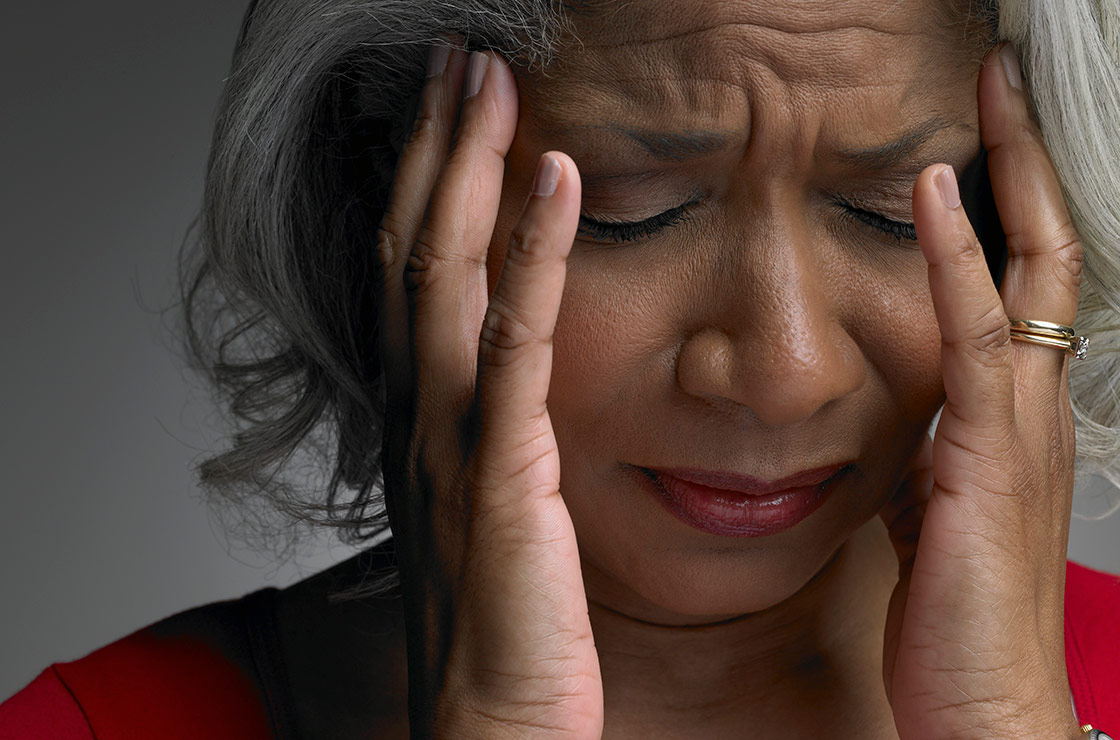 If you’re one of the 36 million Americans suffering from migraines, you know how miserable they can be. Pounding, throbbing pain (usually on one side of the head), sensitivity to light, sound and sudden movement, and nausea and vomiting are some migraine symptoms that can last for hours, even days.

While there isn’t a cure for migraines yet, treatment is available. And there may be a way to prevent them. A few studies suggest some lifestyle changes might help. Here’s what you need to know about preventing migraines.

Caffeine is known for easing headache pain, which is why it’s added to many over-the-counter pain relievers. It reduces inflammation and narrows blood vessels that tend to enlarge before a migraine begins. However, it can be a double-edged sword, causing a rebound headache as you withdraw from the caffeine.

But new research has shed more light on caffeine and migraine: Too much caffeine may trigger a migraine, according to a study published in the American Journal of Medicine. Researchers at Beth Israel Deaconess Medical Center, Brigham and Women’s Hospital and the Harvard T.H. Chan School of Public Health assessed the effects caffeinated beverages have on migraine headaches.

Researchers followed 98 adults with frequent episodic migraines and had them electronically track their servings of caffeinated beverage consumption — from coffee to tea to soda — twice a day for at least six weeks. They also reported the onset of headache, its duration and intensity, and medications used to control it, as well as potential triggers such as medication use, alcohol intake, activity level, emotional stress, sleep patterns, depressive symptoms and menstrual cycles.

“The take-home message is if you struggle with migraines, limit your intake of caffeinated beverages to a couple of servings per day,” says Bernard Kaminetsky, MD. “Although more research is needed, it’s possible that caffeine withdrawal can trigger a migraine just as it can trigger a rebound headache.”

If you relied on caffeinated products for relief, there is some good news. You may not have to replace caffeine-based products with prescription medication to ease migraines. Although effective, prescription medications can be costly. Aspirin could be the go-to pain reliever to control and prevent migraines, according to a study published in the American Journal of Medicine.

Researchers from Florida Atlantic University Schmidt College of Medicine reviewed data from 13 randomized clinical trials that focused on the treatment of migraines in 4,222 patients and prevention of recurrent headaches in tens of thousands of people. Results suggested:

“Not everyone should take aspirin,” Kaminetsky says. “Talk to your doctor before using it to treat or prevent migraines.

If you consume a lot of alcohol, take a blood thinner, have a bleeding disorder or an ulcer, aspirin may not be safe to use. And aspirin raises the risk for Reye’s syndrome among children and teenagers recovering from viral infections such as influenza and chicken pox.

Losing weight may also ease the severity and duration of migraine symptoms in obese people, according to a study presented at ENDO 2019, the Endocrine Society’s annual meeting.

Researchers from University of Padova (Italy) reviewed 10 studies involving more than 470 subjects that looked features of migraines such as symptoms, frequency, intensity, duration and disability along with body mass index (BMI), changes to BMI, weight loss interventions (bariatric surgery and dieting) and age (adults and children).

Results suggested that weight loss helped reduce the frequency, intensity, duration of migraines and disability associated with them. A specific amount of weight or percentage of weight loss was not identified. And it didn’t seem to matter if the weight loss was the result of having bariatric surgery or cutting calories.

“The link between obesity and migraines is not clear,” Kaminetsky says. “And meta-analysis studies, such as this one, don’t show cause and effect – just a potential correlation. However, the connection is logical, as elevated CRP levels may be the culprit.”

C-reactive protein (CRP) is an inflammation marker indicative of inflamed arteries, raising your risk for cardiovascular disease. Some studies suggest it also raises the risk for migraines, particularly among women ages 24 to 32.

When your fat cells store too much fat, carbohydrates and/or protein, they release inflammation messengers that lower adiponectin (a protein hormone involved in regulating blood sugar levels and breaking down fat) and ultimately raise CRP levels.

“Managing your weight gets more and more difficult as you age,” says Kaminetsky. “My suggestion is to work with your primary care doctor to develop a weight loss plan and cut back on ultra-processed foods.”

Progressive muscle relaxation, or PMR, may also help reduce migraines. PMR is a form of behavioral therapy that eases muscle tension and reduces stress, according to University of Michigan School of Medicine.

PMR for migraine relief is backed up by at least one study. New York University School of Medicine researchers developed RELAXaHEAD, a smartphone app that guides users through PMR. Using the app seemed to lower the number of headache days among participants, according to a pilot study published in Nature Digital Medicine.

“PMR is a deep relaxation technique used to ease stress, backaches and blood pressure,” says Kaminetsky. “Just make sure you discuss this technique with your doctor before trying it.”

But you don’t need the app to practice. Start by focusing on a specific muscle group and tensing that group for 4 to 10 seconds while inhaling. During exhale, relax the muscle group. Take a 20 second break before working on the next muscle group. When you’re finished working on various muscle groups, bring your focus back to the present by counting backwards from five to one.

If you suffer with migraines, be sure to discuss them with your MDVIP-affiliated physician. Don’t have an MDVIP-affiliated doctor? MDVIP has a nationwide network of physicians. Find one near you and begin your partnership in health.

View All Posts By Janet Tiberian, MA, MPH, CHES
Recent posts
New Guidelines Under Consideration for Aspirin and Heart Disease
Even If You Do Well on Your Heart Health Screenings, You May Have Early-Stage Atherosclerosis
Walnuts Lowers LDL and Possibly CVD Risk
Surprising Signs of Depression as You Age
Sadness vs. Depression: What Everyone Should Know
categories
Primary Care
FIND A DOCTOR NEAR YOU
Physician Locator