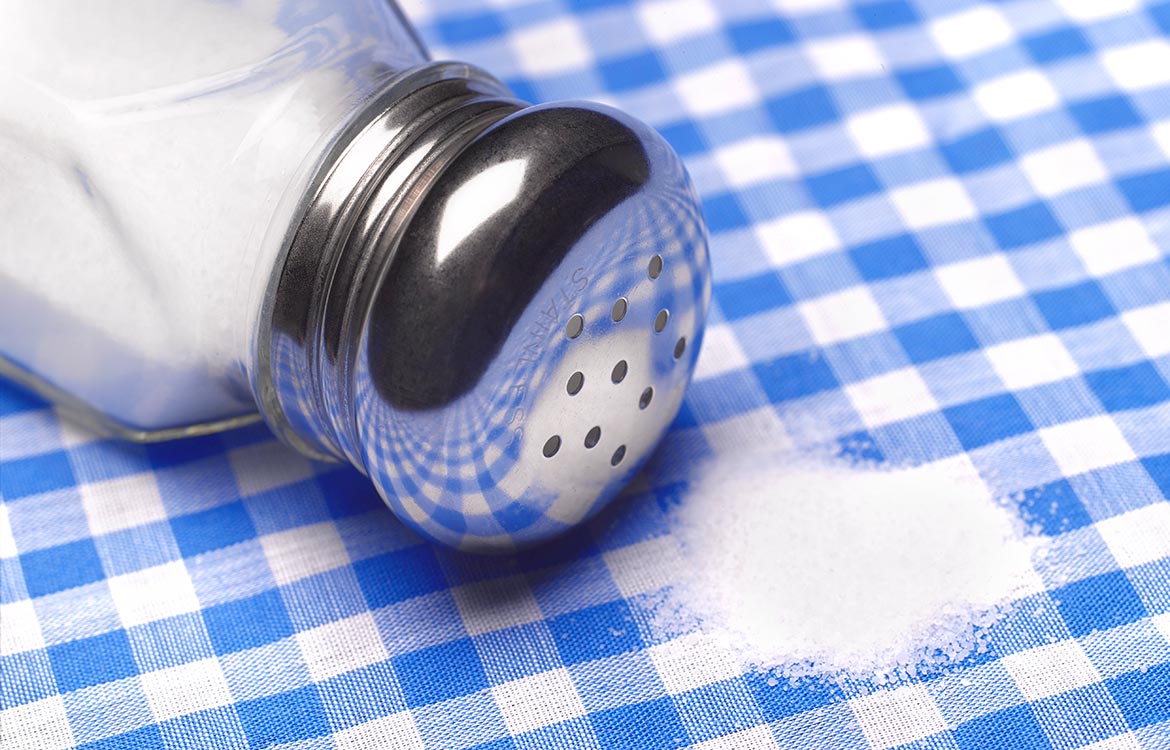 It also is a good idea to curb eating foods loaded with ingredients that can suppress your immune system like sugar and the other white stuff – salt. That’s right; eating too much salt may impair the immune system’s ability to fight bacterial infections, according to a study published in Science Translational Medicine.

Yes, COVID-19 is a virus. However, contracting a virus raises your risk for secondary bacterial infections.

“We’ve known for decades that too much dietary salt can raise blood pressure, taking a toll on the cardiovascular, cerebrovascular and renal systems,” says Bernard Kaminetsky, MD, medical director, MDVIP. “But the idea that sodium may be weakening the immune system is news.”

A previous study conducted by scientists at Weill Cornell Medical Center found that when mice consumed an excessive amount of salt, their immune systems triggered a response that ultimately damaged their cognitive skills. This led scientists from University Hospital of Bonn in Germany to conduct additional research to gain a better understanding of how sodium chloride affects the immune system.

German scientists also began their study by feeding mice a diet extremely high in salt. Results suggested the mice suffered from more infections and were less able to fight kidney infections cause by E. coli and body-wide infections caused by Listeria monocytogenes, a common cause of food poisoning. Scientists believe the surfeit of sodium suppressed the immune system, enabling the bacteria to cause more damage before the immune system was able to fight off the infection.

Scientists then recruited 10 healthy adult participants between the ages of 25 and 50 and tested their blood to see how quickly their neutrophils responded to bacteria. Neutrophils are white blood cells that are the first to arrive at the site of an infection. They ingest infection-causing microorganisms and then release enzymes that kill the microorganism.

Participants were then asked to take three salt tablets per day, equaling an additional six grams of salt on top of their normal diet. After one week of extra dietary sodium, scientists noticed that participants’ neutrophils had a diminished ability to destroy bacteria compared to before they began taking salt tablets.

Although more research is needed, the scientists have a couple of theories. One thought is that an overabundance of sodium causes a release of hormones, some of which cause the body to excrete even more salt, which can suppress the immune system. And when you consume too much salt, urea accumulates in the kidneys, which impairs the neutrophils.

“A lot more research is needed. But this study provides a logical connection between excessive salt intake and lower immunity,” says Bernard Kaminetsky, MD, medical director, MDVIP. “It’s not simply a matter of cutting back on table salt. The typical Western diet is laden with salt.”

Here are a few simple ways to cut back on your salt intake:

Consult your physician before making changes to your diet. And if you need a doctor, consider partnering with MDVIP. MDVIP doctors have the time to work with you to help you develop a personalized wellness program that focuses on nutrition. Find a physician near you and begin your partnership in health »