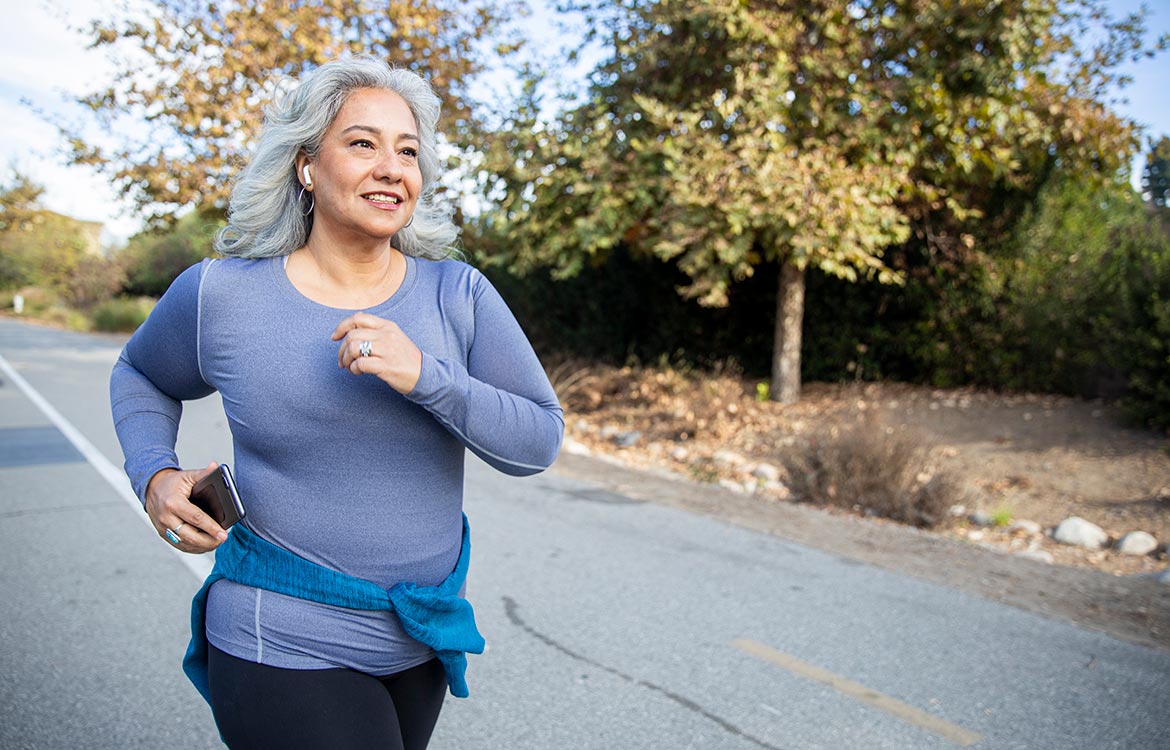 It’s not news that exercise -- particularly aerobic activity – is good for your heart. And as long as your doctor approves, it’s never too late to begin working out to improve your cardiovascular health.

But a lot of people, once they get into the groove of their workouts, quickly go overboard. They set lofty goals like running in a marathon or triathlon.

While lofty exercise goals are great — especially if they keep your fitness routines fun and engaging — they can also create health problems if you train too hard. If you aren't used to high-intensity exercise, hardcore training can raise your risk of sudden cardiac arrest, atrial fibrillation (a heart rhythm disorder) or a heart attack, according to a new Scientific Statement published in the American Heart Association’s (AHA) journal Circulation.

Members of AHA’s Scientific Statement writing committee reviewed more than 300 studies and found the benefits of exercise outweighed the risks in most people. In fact, regular physical activity can lower the risk of a cardiac event by as much as 50 percent. But they also identified some risks associated with intense training if you’re not ready for it.

Decades of data suggested that recreational athletes who participated in marathons and triathlons had a low risk of sudden cardiac death or heart attack. However more recently, there’s been a rise in heart attack and sudden cardiac death rates, leading researchers to belief that higher risk participants – whether it be an underlying or undiagnosed cardiovascular condition such as arrhythmia or prior heart attack – are participating in these fitness events. A rise in risk was noticed in both genders; however, women -- who only comprised 15 percent of study population – had a much lower rise in the risk of having a heart attack compared to men.

Here’s where the level of training becomes important: In triathlons, almost 40 percent of cardiac events occurred in first-time participants, indicating a lack of training or underlying condition.

Half the cardiac issues that took place during half-marathons and marathons occurred during the last mile, implying a steady pace is safer than sprinting. Higher altitudes were found more problematic than flatter surfaces, which led AHA’s Scientific Statement writing group to recommend spending at least one day acclimating to an elevation before engaging in strenuous activity.

The group also credited moderate exercise with helping lower the risk of atrial fibrillation (AFib), a common heart arrhythmia associated with raising the risk of stroke. They warned that sedentary behavior or engaging in very high volumes of exercise training, such as running between 60 and 80 miles a week, can raise the risk for AFib. That’s why it’s important to allow adequate to time train for long-distance events like half-marathons, marathons or triathlons.

But don’t get discouraged. If you’re interested in going from a couch potato to a marathoner, you can; it just might take a little longer than you hoped. You’ll find just going from a walker to a runner is a process, if you do it safely. Here are some tips from the AHA to help you get going:

“It’s also important to work with your doctor and other professionals that can help you reach your goals safely such as a fitness trainer, dietician, massage therapist, chiropractor and physical therapist,” Kaminetsky says. “Share your goals with them. Your doctor may want to run some tests or adjust your medications.”

If you need a physician, consider partnering with MDVIP. MDVIP doctors have the time to work with you to help you develop a personalized wellness program that includes exercise. Find a physician near you and begin your partnership in health »