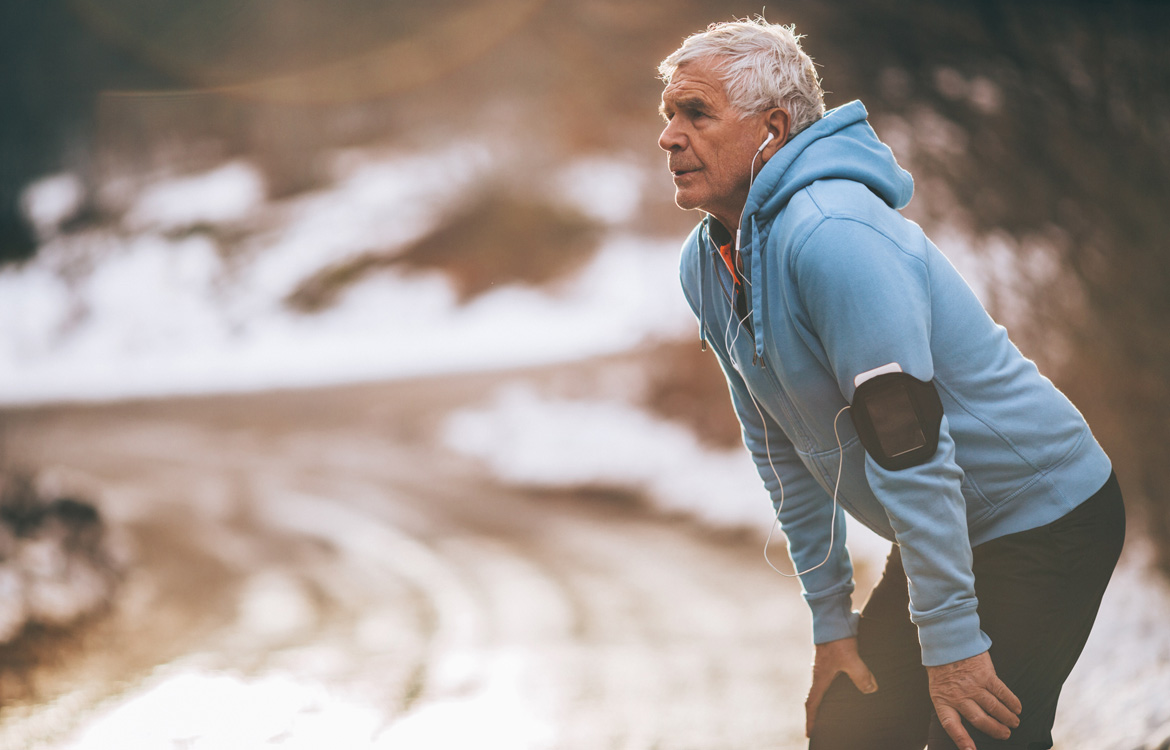 If you like to run, cycle or hike outside, you have indoor options when winter hits. However, if you are a die-hard outdoor exerciser or winter athlete, who chooses to power through the freezing temperatures, gusty wind, ice and snow, you may want to adopt a few measures to protect your lungs.

“If you’re healthy and want to try exercising outdoors during winter, you can,” says Bernard Kaminetsky, MD, medical director, MDVIP. “However, I don’t recommend it for people with lung disease.”

Exercising in Very Cold Temperatures Can Cause Coughing, Wheezing and Lung Damage

Furthermore, when you participate in high endurance activities such as running or cross-country skiing, heart rate increases, circulating more oxygenated blood to working muscles. This requires you take in larger volumes of air. But winter air can be very cold, which not only irritates the bronchial tubes, but is very drying. This often causes a loss of moisture and heat from the lower respiratory tract, dehydrating the lungs. Breathing tends to shift from nose to mouth, which is less efficient in delivering oxygen to active tissues. This can result in abnormally low or shallow breathing, causing bronchial damage, according to an article published in the British Journal of Sports Medicine.

If you’re having breathing difficulties while exercising outdoors, wait for your breathing to return to normal before heading inside to warmer temperatures. Switching from a cold environment to warm while breathing heavily can cause more damage, as acclimating to warm air can further dehydrate lungs if you’re still heavily breathing.

Unfortunately, the problem is just during your workout. Working out in temperatures of 5 degrees Fahrenheit can trigger bronchospasm, breathing issues and coughing even after the activity, according to a study that looked at women involved in high and low ventilation sports, published in the journal Allergy, Asthma & Immunology. Researchers involved in this study warn that just 30 minutes of intense exercise in extreme cold can cause lung strain and wheezing.

“If you want to exercise outdoors in cold temperatures or partake in winter sports, you need to take measures to protect your respiratory system – even if you have strong, healthy lungs,” says Kaminetsky.

Tips to Keep Maintain Your Breathing While Exercising in Cold Temperatures

“If you’re experiencing breathing issues during or after working out in cold weather, talk to your doctor,” Kaminetsky says. “If you have asthma and your doctor gives you clearance to exercise outside in colder temperatures make sure you take your medications and use your inhalers 30 minutes prior to going out into the cold.”

Don’t have a physician? Consider working with MDVIP. MDVIP-affiliated physicians have the time and resources to help you focus on your health. Find a physician near you and begin your partnership in health »

Recent posts
How to Relieve COVID-Related Stress, Depression Two Years Into Pandemic
What You Can Learn from Food Allergy Tests
Is It a Food Allergy or an Intolerance?
How to Go on an Elimination Diet
If ADHD Runs in Your Family, Stay on Top of Brain Health Screenings
categories
Primary Care
FIND A DOCTOR NEAR YOU
Physician Locator