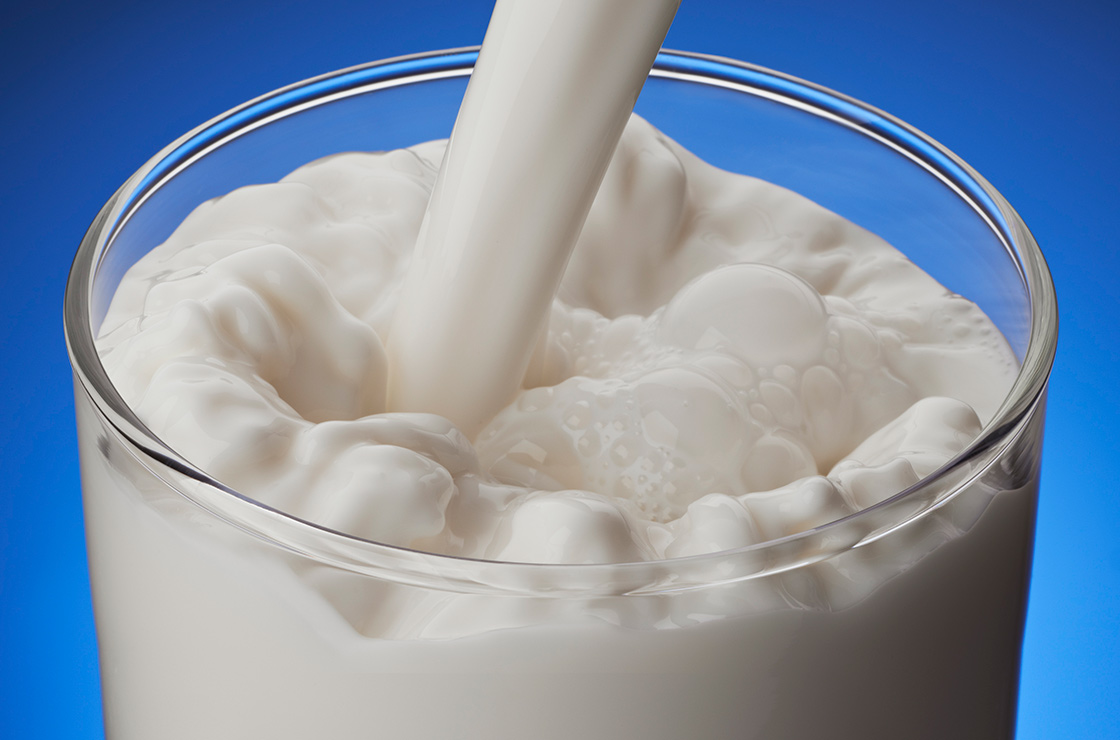 Got milk? Despite the many dietary experts who have for decades been warning Americans of possible health issues tied to drinking milk, a new study claims drinking the dairy staple can slow aging.

To be sure, milk is polarizing. For example, the United States Department of Agriculture (USDA) claims milk is healthy, while Harvard School of Public Health says it’s not.

Studies credit milk with helping to control appetite, contributing to bone and dental health, helping raise good cholesterol levels and possibly improving blood sugar balance. Meanwhile, other studies have linked milk to acne and allergic reactions affecting the skin and gastrointestinal system. There’s some concern that the excess calcium from milk (as well as other dairy foods) can lead to prostate cancer and that milk sugars marginally raise the risk for ovarian cancer.

But if you love your morning cornflakes with low-fat milk, we have some good news for you. Drinking low-fat milk (one and two percent) is associated with longer telomeres and almost five years less aging than drinking whole fat milk or abstaining from milk, according to a study published in Oxidative Medicine and Cellular Longevity.

Each of our cells contains DNA that’s organized into twisted, double strands of molecules called chromosomes. A small compound of DNA, called a telomere, protects the ends of each chromosome. When a cell divides, the telomeres maintain the integrity of the genetic information, but shorten. After several divisions, the cell shrinks to a critical length and usually dies. Cellular death is a normal function — the body replaces cells that have become worn or damaged, but cellular death can accelerate the aging process if it occurs too quickly.

And cells functioning with shortened telomeres can become unstable, promoting inflammation within the body, raising the risk for age-related diseases such as cardiovascular disease, some cancers, rheumatoid arthritis, Crohn’s disease and possibly Alzheimer’s disease.

“This study is interesting because it’s probably the first of its kind to study the relationship between milk (and milk fat) and cellular life,” says Bernard Kaminetsky, MD, medical director, MDVIP.

“Before you buy gallons of milk, keep in mind that this study was observational,” Kaminetsky says. “It’s a piece in the puzzle of aging, but the connection between low-fat milk and longer telomeres is not understood. For now, consult your physician before changing the amount of milk you’re currently drinking or before adding it to your diet.”

Need a physician? Consider partnering with an MDVIP-affiliated physician. MDVIP doctors have the time to help you work with you to develop a personalized wellness program that includes nutrition. Find a physician near you and begin your partnership in health »

Recent posts
Congratulations MDVIP Ambassadors
Do You Need Blue Light Blocking Glasses?
From Heart Attack to Heart Failure: What Doctors Miss in Women
Protecting Yourself from Coronavirus: What You Need to Know
What Is Coronavirus and Should I Be Worried?
categories
Primary Care
Cardiovascular Diet
FIND A DOCTOR NEAR YOU
Physician Locator