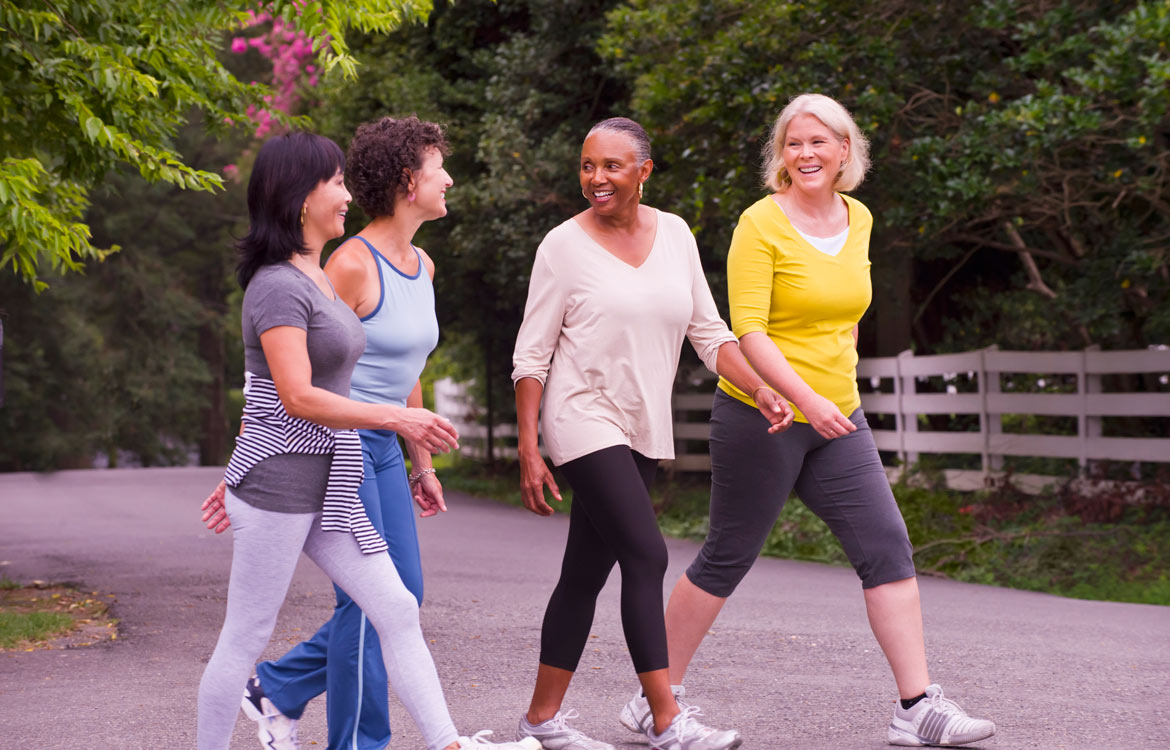 If you’re a walker, you’ve probably heard the recommendation to walk 10,000 steps (or about five miles) every day for health. Did you ever wonder how experts arrived at this amount?

Not through science. The original concept came from a 1964 Japanese marketing campaign to promote an early pedometer called Manpo-Kei, which is literally translated 10,000 steps meter. Naturally, as the pedometer craze hit the U.S. around 2005, the 10k-step concept became popular here — and it has stuck

But are 10,000 steps a day really necessary for your health?

The Steps for Health Collaborative, an international team of researchers led by a researcher from the University of Massachusetts Amherst (UMASS) wanted to know. Turns out, taking more steps a day does help lower the risk of premature death, according to result published The Lacet Public Health. But the number of recommended steps varies by age.

Researchers conducted a meta-analysis of 15 studies that evaluated the effect a daily step count had on all-cause mortality among adults 18 years and older. Nearly 50,000 subjects were involved in the studies. Data was adjusted for sociodemographic factors, lifestyle behaviors and health indicators known to affect the association between steps and mortality, e.g., smoking, alcohol intake, obesity, high cholesterol, high blood sugar/diabetes and cardiovascular disease.

Here’s what was found:

These results corresponded with another UMASS-led study that was published in JAMA. In that study, researchers followed 2,110 accelerometer-wearing adults with an average age of 45 for about 10 years. They found middle-aged adults who took approximately 7,000 steps per day had lower mortality rates between 50 and 70 percent than those taking less than 7,000 steps per day. Once again, researchers didn’t see a link between walking speed and mortality.

“Like most studies, this one has some limitations. For example, the study design is effective for finding a correlation, but not establishing a cause and effect,” says Bernard Kaminetsky, MD, medical director, MDVIP. “Researchers couldn’t measure mortality risk among participants who were walking more than 12,000 steps a day – a common recommendation for weight loss. However, they did find a link between walking 7,000 a day and lower mortality.”

There are significant benefits to physical activity in general. Here are a handful that walking provides.

“Walking is a relatively inexpensive, easy activity with a myriad of healthy benefits,” says Kaminetsky. “Remember to talk to your doctor before beginning any exercise program, including walking.”

Don’t have a doctor? Consider partnering with MDVIP. Physicians in MDVIP-affiliated practices can customize a wellness plan for you. Find an MDVIP affiliate near you and begin your partnership in health »