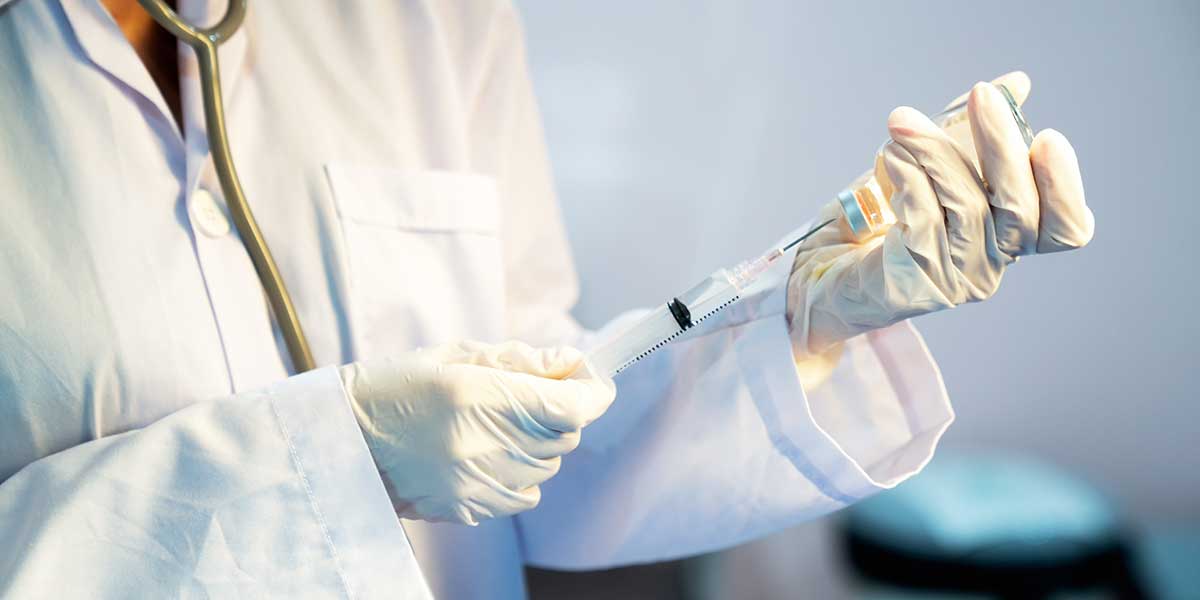 Another company says its coronavirus vaccine is more than 90 percent effective. Moderna, which is most of the way through phase 3 testing on a vaccine to prevent COVID-19, says its mRNA vaccine has reached 95 percent efficacy in preventing coronavirus infections. The data is preliminary.

Moderna joins Pfizer in releasing surprising results from a new type of vaccine. Both companies expect to finish data analysis and apply for an Emergency Use Authorization from the Food and Drug Administration for their vaccine, which they could begin distributing in late December or early in 2021 if all goes well.

Both vaccines rely on new technology. Traditional vaccines deliver either a dead or weakened form a virus or part of a virus into your body. Your body sees this foreign invader, or antigen, and your immune system develops antibodies against it. Later, when your body encounters the real virus, your immune system recognizes it and attacks it before it can lead to an infection.

That’s how vaccines have worked for decades. But researchers are using a new technological approach to prime our immune systems. The two coronavirus vaccines currently in the news are called mRNA vaccines, and, if approved, they’ll be the first such vaccines to make it market.

How mRNA Vaccines Work
mRNA vaccines don’t deliver the antigen to the body. Instead, they carry genetic instructions that teach your cells how to make the antigen. This more closely mimics a natural infection, which may ultimately make them more effective.

mRNA is a molecule that tells cells what to build. In this case, the mRNA vaccine carries instructions to create a type of protein that is part of sars-cov-2, the coronavirus that causes COVID-19. The immune system then recognizes that protein or antigen and when the real thing enters the body, it’s prepared to fight it.

Why did scientists working on these vaccines take this approach versus a traditional route? Even though there are no mRNA vaccines on the market right now, researchers have been studying the method since the early 1990s. They’ve had setbacks – especially in getting the vaccines to work in humans. Technological advancements have been key. This kind of vaccine wouldn’t have been achievable 20 or 30 years ago.

In traditional vaccines, lab researchers have to grow viruses and then inactivate or weaken either the virus or its protein. That’s one of the reasons it can take years for a vaccine to be developed.

But mRNA vaccines are quicker to develop because scientists can create the protein sequence in the lab in hours or days – not months or years. And as technology has improved, so has the speed. For example, scientists decoded the genome for this coronavirus in early January – it took researchers six to eight years to decode the human genome in the 1990s. The fast decoding enabled researchers to create several mRNA candidate vaccines and begin testing them in the lab and in animals before the coronavirus became a worldwide pandemic. In fact, Moderna went from creation to testing in humans in just 63 days.

(To understand more fully how these vaccines work, watch our member-exclusive webinar with one of America’s top virus scientists, Erica Saphire.)

categories
Infectious Disease
FIND A DOCTOR NEAR YOU
Physician Locator