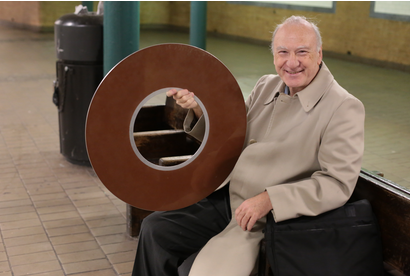 I am old enough to remember when doctor's house calls were the kind of attention and support we considered normal. About a a year ago, my total knee replacement was going well after completing weeks of rehab when one evening at home severe pain suddenly flared up that was different and I could not get up from my sofa. Luckily my cordless phone was at hand and I called Dr. Bernstein expecting some sage advice as he already let me know that I could call him at any time. Instead he said "I am coming over to take a look". I was shocked, surprised, and elated at the same time and because his response was so unexpected I thought "have I unnecessarily imposed too much on his time and support". My concerns were quickly dismissed when Dr. Bernstein arrived as he made clear his only concern was for my well being. He checked me out and determined that there was nothing serious going on and showed me how to relieve the pain. My knee and leg are fine and I have no issues since then. In general, one of the things I love about Dr. Bernstein is he avoids unnecessary intervention but is quick to recommend actions when he sees it is called for.