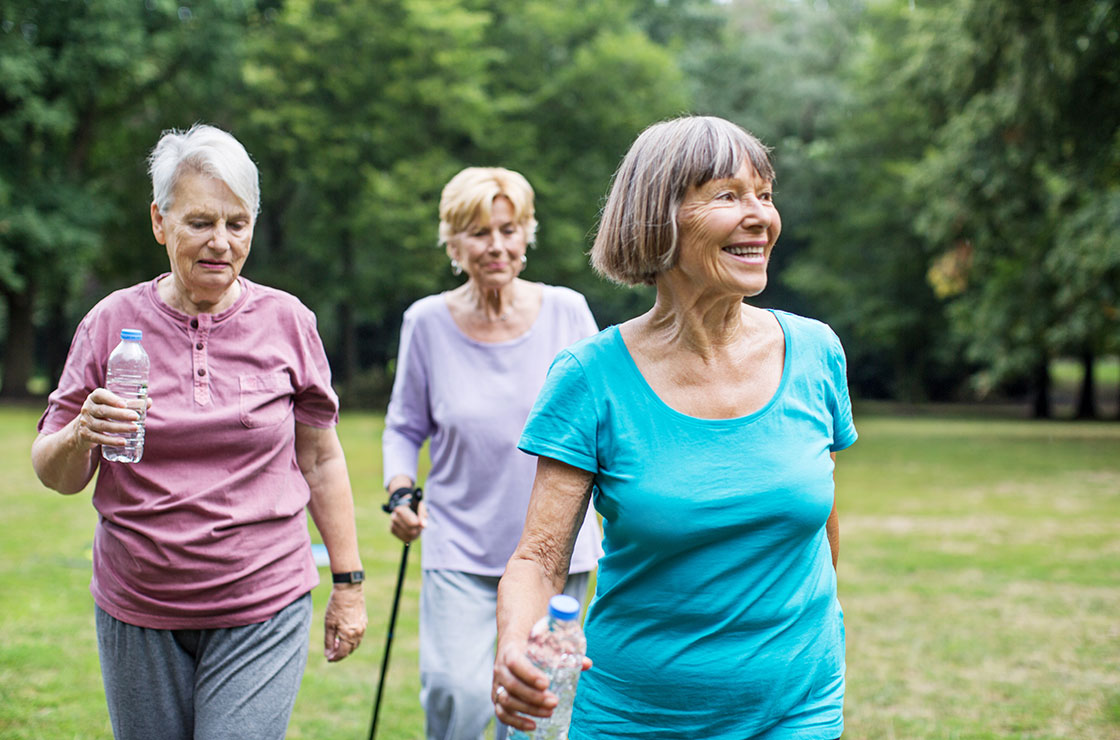 If you’re worried about your brain health, forget Sudoku. Online memory sites? Skip them. Instead, put on your walking shoes. That’s right: Exercise has been shown to help improve brain function and protect against dementia.

In fact, it lowers your risk for dementia and Alzheimer’s Disease. More recent studies have shown it can even help patients with mild cognitive decline.

How does exercise help? You probably already know that exercise improves mood, reduces stress and helps you sleep, but it also indirectly helps the brain by reducing the impact conditions like diabetes and heart disease can have on the brain. For example, exercise reduces insulin resistance and inflammation, both of which are linked to cognitive decline.

But exercise does another important thing, according to researchers: It directly helps the brain by improving synaptic function, especially in your hippocampus, the region of the brain believed to be tied to memory. The process is complex, but exercise encourages neurogenesis, or the growth of nerve tissues; it helps with cell function and metabolism; and it improves vascular function. All of this helps the brain.

Exercise benefits all age groups. Even in aging populations, studies show that exercise can protect against mental decline. A major review of exercise and cognition studies published last year in the British Journal of Sports Medicine concluded that exercise improved cognitive function in people over 50 regardless of their cognitive status.

There’s also a growing body of evidence that suggests activity in middle age can protect you against dementia. For example, a long-term study of women published in March in the journal Neurology showed that those who were fit in middle age were 90 percent less likely to get dementia decades later. Researchers studied the women for more than 40 years.

Both aerobic and resistance exercise are associated with better health outcomes for your brain, but the best exercise for brain health appears to be aerobic. Walking, running – any kind of workout that gets your heart moving — can have a benefit. A year of aerobic exercise in a large randomly controlled trial of seniors was associated with larger hippocampus and better memory. Seniors in another trial slowed age-related brain matter loss with aerobic exercise.

Aerobic exercise also helps to prevent ministrokes, which substantially impacts cognition, according to a study by the Vancouver Coastal Health Research institute and the University of British Colombia.

An Australian study from 2016 found that weight lifting helped people with mild cognitive impairment — that means they have noticeably reduced cognitive abilities such as reduced memory but are still able to live independently.

Getting exercise won’t keep you from getting older. But it may help you prevent some of the diseases associated with age, particularly dementia.