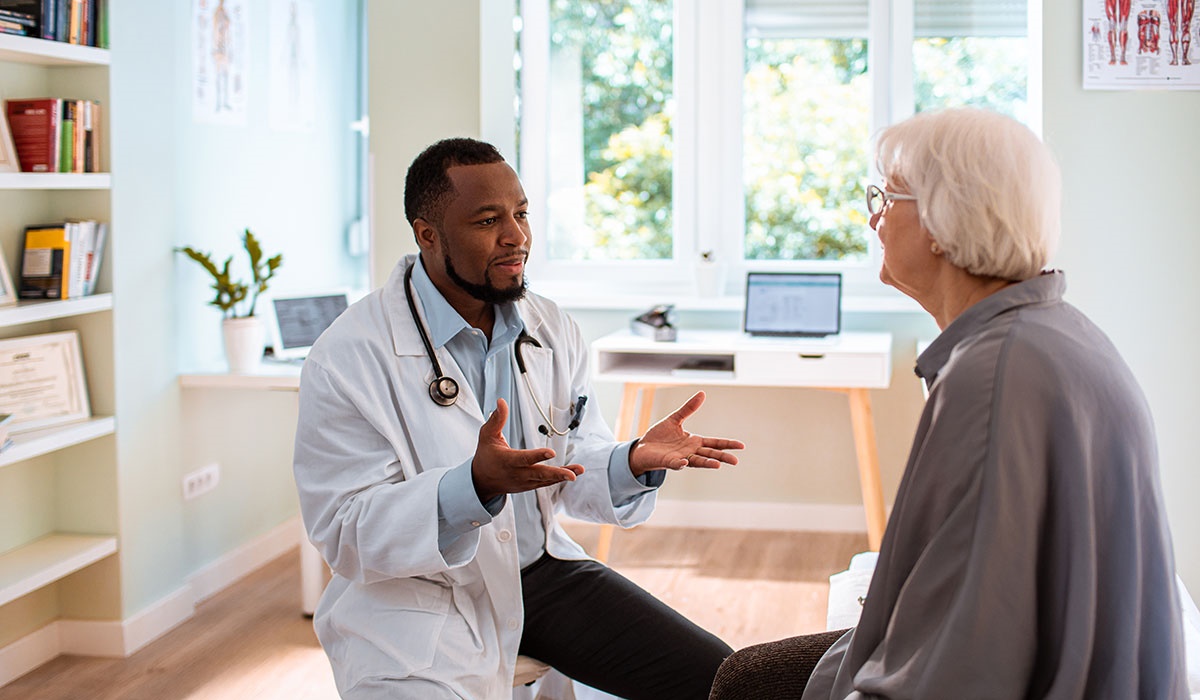 When it comes to preventing heart disease, many of us miss the mark – we’re just focused on other things. Women are more concerned with breast cancer risk, for example, than heart disease, which kills seven times the number of women as breast cancer. Men seem to be even less worried – they’re 33 percent less likely to see a physician than women — until something major happens.

But heart disease is one of the biggest threats to our health and lives. Even as COVID-19 killed half a million Americans last year, nearly 700,000 died from heart disease. In fact, the number of heart diseases deaths, which were declining, actually went up in 2020 from 161.5  deaths per 100,000 population in 2019 to 167, the Centers for Disease Control and Prevention now estimates; deaths attributed to stroke went up 4 percent and high blood pressure went up 12 percent. Heart disease remains the number one killer of both men and women.

That’s why we’ve worked really hard at MDVIP to develop a program that focuses on heart disease prevention among other things. We believe with the right approach to primary care, where physicians have time to work with and educate their patients and practice prevention, we can make a dent in these numbers. In fact, the MDVIP Wellness Program and many of the tests in it are tools to help physicians identify heart disease risk and treat it.

Over the last 20 years, it’s worked. For example, our studies have shown that MDVIP-affiliated doctors using advanced cardiovascular testing identify 40 percent more patients at risk for heart disease. Patients with high cholesterol and high blood pressure do a better job managing those conditions in the MDVIP model. And we believe these successes are also part of the reason why members of MDVIP-affiliated experience fewer hospitalizations and emergency room visits.

Our affiliated physicians go beyond screenings. The MDVIP model fosters a strong doctor-patient relationship, which studies show can lead to better health outcomes. And MDVIP-affiliated physicians have the time to coach patients on lifestyle changes like diet and exercise, which can make a big difference on heart disease risk.

We aren’t resting on these laurels. We continue to educate physicians on the latest in cardiovascular research and work with them to develop new testing and approaches to reducing heart disease risk. And it’s paying off.

In April, we published a new study in the Journal of Community Medicine and Public Health that found a statistically significant 12 percent decrease in heart attacks and strokes combined among at-risk Medicare patients enrolled in MDVIP compared to those in the general population. To put that into perspective, there are more than 1.5 million heart attacks and strokes occur every year in the U.S. A 12 percent reduction across the country would equate to 180,000 fewer of these life-threatening events.

These improvements — from cardiac event reductions to better control of chronic conditions to lower inflammation levels — don’t just happen. It takes effort on the part of the physician AND patients, the kind of partnership that isn’t easy to achieve in a traditional primary care model.

We know you’re doing your part — keep doing it. Get exercise, eat healthy and follow your doctor’s orders. When doctors have time to actively engage with their patients and when patients invest in their health – as you have — big changes can happen.

View All Posts By Dr. Andrea Klemes
Recent posts
Does Medicare Cover Telemedicine?
Are You Hungry All the Time? You May Have Low Blood Sugar
Should I see a Primary Care Doctor or a Specialist?
Planning a Vacation? Here’s What You Need to Know about Traveling this Summer
Study Suggests New Prostate Cancer Screening Is More Accurate than PSAs
categories
Primary Care
Cardiology/Vascular
FIND A DOCTOR NEAR YOU
Physician Locator