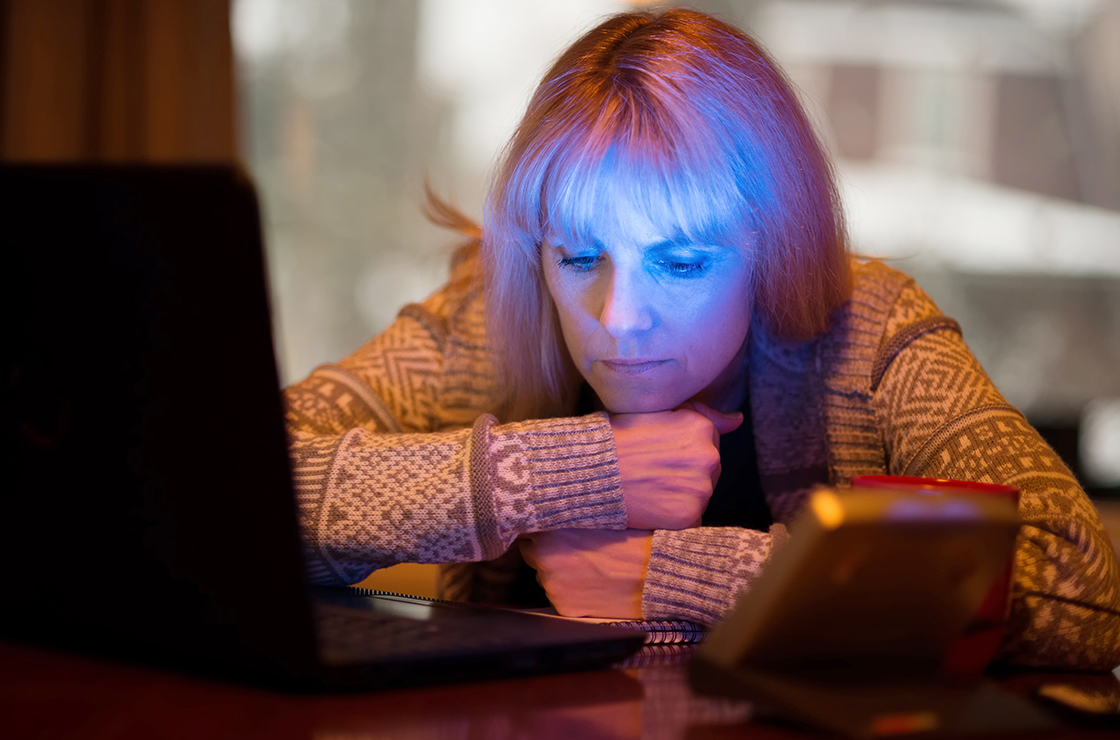 As the days shorten during the winter, the longer spans of darkness may leave you feeling a little down, even gloomy. This is known as the “winter blues” or seasonal affective disorder (SAD).

What’s seasonal affective disorder? Psychology Today sums it up as a form of episodic depression that affects people during specific times of the year and estimates that about 10 million Americans struggle with it.

SAD is most often associated with the fall and winter months and can cause feelings of sluggishness, sadness and even hopelessness. You also might find changes in your usual sleeping patterns, energy levels and appetite. (A lesser-known summer depression also exists; symptoms generally include anxiety, weight loss and insomnia.)

SAD can cause more frequent episodes of depression if you have a condition like bipolar disorder. For the 5.7 million Americans with bipolar disorder, seasonal changes can trigger severe depression during the colder, darker months and manic-like behavior in the warmer, lighter months.

Researchers aren’t sure what causes seasonal depression. In a recent study published in Epidemiology, researchers found bouts of major depression increase as we transition from daylight savings time to standard time and surmise that shorter days cause distress and trigger depression.

Yet other researchers believe that sunlight contributes to the natural, internal clock that helps maintain our daily biological functions (circadian rhythms) and annual functions (circannual rhythms). Fewer hours of sunlight may:

Although environmental light is just a theory, surveys found only 1.4 percent of people living in sunny Florida with seasonal depression symptoms. In New York, 5.7 percent, in Alaska 9.9 percent and in Ireland 20 percent of people struggle with SAD.

But geography may not play that big of a role. Results from a 2016 study, published in Clinical Psychological Science suggested that seasonal depression is unrelated to latitude, season or sunlight and that all episodes of depression should be treated as a major depression.

Regardless of the true cause of SAD, if you’re experiencing symptoms of depression, take it seriously and discuss it with your primary care physician so they can recommend the right SAD treatment.

If you doctor believes your symptoms are related to a lack of sunshine, they may suggest a simple solution like taking a vitamin D supplement or walking outside during daylight hours. Or they may suggest light therapy. You can find light therapy lamps (also known as SAD lamps) at large chain retail stores. Your doctor may take a more clinical approach, prescribing an antidepressant and/or referring to you a specialist.

Looking for a primary care physician? Physicians in MDVIP-affiliated practices can customize a wellness plan for you that includes controlling depression. Find an MDVIP affiliate near you and begin your partnership in health »

Similar Posts
The Science Behind Happiness and Its Impact on Health / Janet Tiberian, MA, MPH, CHES / March 29, 2016
About the Author