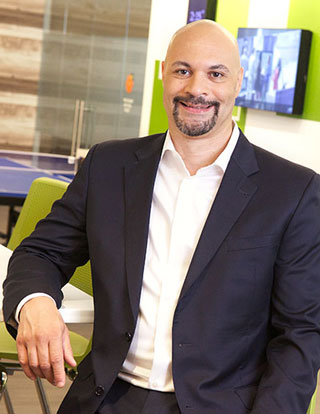 Roy has been an integral part of MDVIP’s leadership team since 2003, when he joined as one of the first 10 employees. In his role as lead counsel, Roy is focused on removing legal and regulatory burdens that prevent primary care physicians from focusing on being great doctors.

“We’ve redefined what patients can expect from their primary care physician. We give doctors and patients the ability to focus on preventive medicine as well as condition management, instead of paperwork and red tape,” Roy says.

“We believe primary care can be the agent of change in healthcare. The doctor-patient relationship matters. People matter.”

Why I value my MDVIP doctor:
"She has time to harass me. It’s a good thing. I’m a typical male health avoider who feels invincible and used to think doctors were just for sick people. Caren enlightens me and personally educates me to stay on top of health milestones relevant to my varied family history. I see her as an advocate, a personal trainer and my health guide."

Roy also leads MDVIP’s compliance and government relations efforts, engaging at the federal level with Congress and advocating on behalf of primary care and MDVIP’s affiliated physicians to influence policy.

Roy is an avid Florida Gators fan and season ticket holder for the last 15 years. He also advocates for animals as well as people. He and his family foster animals for rescue. “We believe in their health, too – we spend way too much on vet bills.”